Dear Arcturians,
Please help me to understand my visions upon awakening this morning. 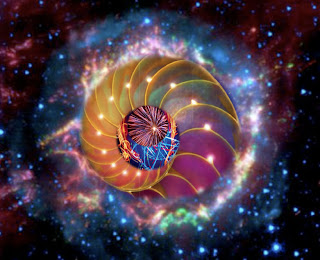 First I saw a huge Portal, which I will try to explain now. The middle of the Portal had a bright pink opening, with some energy coming out of it. The portal was a perfect circle with many colors radiating around the outside.

Then I hear something like, “It has begun, the war is over or IT is over.”

Then I saw people coming out of the top of something. It had a lid like the opening to a submarine and they had some kind of space suits or deep-sea diving suits on. I saw the first people of whom I knew would be many, and they had huge smiles on their faces and were all extremely happy.

I feel like the “war” that is over is one that most people didn’t even know was being fought.

Dearest Suzille,
Yes, we did send you a message this morning for you to release to your readers and to put at the end of your next newsletter. The “cleaning up” of the dark’s ones errors is nearly complete and will be finished in time for the myriad Portal openings on 11.11.11. These Portal openings will, of course, only be perceived by those who have volunteered to “see” them, and will perceived by each person according to their personal inclination. Because of the vast variety of inhabitants on Earth, it must always be this way. Furthermore, the cetaceans will be very instrumental in the Portal opening over the great oceans and vast waterways.

The opening of these Portals will not be frightening in the least for they resonate to the mid-fourth dimension and travel into the fifth. Therefore, only those who have recovered their multidimensional perceptions will even know they are there. We send this message to you so that you can dispense it via your communication systems. We know that you will do your best to replicate the vision of the Portal that you saw this morning. (I have picture at the top of this message.)

Your impression about the people coming up from the ground was partially correct in that a large group of those who were once living in the dark ones’ underground caves/cities have recently escaped. It was a huge covert mission that everyone has been working on for quite some time now. Once, these people feel safe enough, and once enough people can tolerate the information that they will share, they will tell their story. This will likely be after the opening of the many Portals, as the flash of extremely high frequency light and love coming IN through these Portal will serve to awaken many who still sleep.

These Portals could not be opened before because their high frequency will immensely amplify the thoughts, emotions and multidimensional abilities of those who are able to perceive them. On the other hand, they will also amplify the fear and anger of those who do not want to give up a reality in which they could have power and control over others. It is for this later reason that we have delayed the opening of these Portals until next month. Finally, there is enough Light and Love to balance the fear that has been projected by the dark ones and accepted by the lost ones.

Some of our Lightworkers and members of the Planetary Ascension Team will be able to perceive and travel the inward movement of the opened Portals. On the other hand, those who are not, yet, prepared for that experience will gain the benefit of the expanded frequency of light and love streaming OUT from the opened Portals. Of course, many of this group will now even know what is happening, but that is “business as usual” for them. Those who cling tightly to the old ways of reality will soon be jarred from their complacency, but this will only happen in a loving manner. Conversely, many will be instantly activated into a higher frequency expression of themselves and not even know why.

As you have now assumed, those coming up form the bowels of the earth are not just the ones in the caves. Either after the Portals have opened and closed, or during the opening, many of the members of Inner Earth have volunteered to leave the safety of their higher fourth to fifth dimensional reality and lower their resonance in order to visit the surface of Gaia. If you tune in, you will feel their preparation now. They are to be the forerunners of our Disclosure and Landing, as they are Earth members just like the “top-siders.” You can see in your vision how happy they will be to meet their human family again. You thought of deep-sea divers because they will have to gradually adjust to your environment and will likely have to wear special suits until they have adapted.

As you are hearing now, these events will symbolize the splitting of the worlds between those who are ready to perceive the Truth and those are not. These perceptions are all at a frequency rate of the mid to upper fourth dimension and even onto the threshold of the fifth dimensions. It is for this reason, that we have asked you to take as many as possible through the process of going through our Arcturian Corridor.

As we have said, for most of the members of your reality, the Portals will open out into your physical reality to share their gift of multidimensional light and unconditional love. In order to travel into and through the Portals, you will need to totally surrender to your Multidimensional SELF who can easily find the inward passage and remember the fine art of Portal travel. One of the many secrets that has been kept from the masses is that your military has been using Stargates, human made Portals, for decades. Furthermore, one of the many patents that will soon be released is the small Transportation Portals that will end the burden of travel and make every destination just a few minutes away.

Some that may read this information will view it all impossible. Fortunately, those ones will not be frightened by these events as their attachment to the old and their fear of the new will restrain their consciousness to a level in which they will not be able to perceive these events. We remind you all that the fifth dimension is not some “place” far away or high above. Fifth dimensional New Earth is right HERE—NOW but it resonates to a frequency that cannot by perceived by third dimensional perceptions. We urge you all to trust your “imagination” and believe in the messages from your “dreams” for dreams are your fourth dimensional experiences and your imagination is your fifth dimensional thought.

As you awaken to and travel through the many Portals, allow yourself to remember everything that you have learned through out the process of your awakening and listen with your High Heart. Allow the information to come in through your Crown, perceive it with your opened Third Eye and understand the meaning of your perceptions within your High Heart. In this manner, you are protected from any phenomena, which may frighten you and lower your resonance. Within the safety of this protection, you can “stay the course” of your experience with unconditional love and blissful joy.