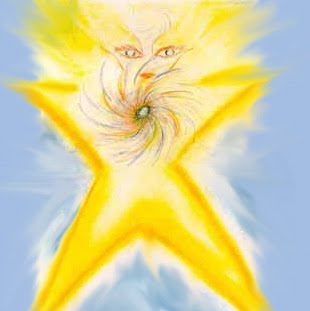 Last night I saw the movie Avatar. It was soooo amazing. It is the truth in many ways, and helps us to see the difference between the 3D and 5D realities. I won't say too much about the movie, as I don't want to diminish your experience. However, there was one part where there was conflict and I heard my self saying, "I choose the fifth dimension. I choose the fifth dimension..." over and over again. I think that we will be called upon to make that choice as we march through this final episode of transformation.
There will be times now when we can easily see the difference between the two realities and KNOW that we can choose which frequency we wish to which we wish to attach our consciousness. I also had a dream last night in which I was in the fifth dimension. I knew that when I feel asleep, I would go into the fifth dimension, then when I would wake up, I would be in the physical reality. This dream was also stimulated by the movie.
When I awoke, I had a vision of a bridge, that looked like a web, between the two realities that is created by our passing back and forth between the two worlds. Every time we cross that bridge, it becomes stronger. We are gradually becoming Star Beings with our feet planted on 3D Earth, our heads connected to 5D Earth, and our hearts a swirling vortex slowly closing the distance between the two.
More and more, the two reality will become closer, the bridge will be firmer, and our passage back and forth will create a slow and safe integration of the two. I don't know how we will create this wonderful transition, but I do Know that it will be lovingly and peacefully, as our consciousness must remain loving and peaceful for us to cross that bridge into the fifth dimension. Once across that bridge, we are called upon to make the ultimate sacrifice of returning to the 3D world to reinforce the bridge and awaken as many as possible to the Truth that is just beyond their mundane consciousness.
Our expanded consciousness, which can easily embrace fifth dimensional New Earth, is the ever present link that binds the two realities together. Gaia, too, has made many sacrifices to bring as many of Her humans as possible with Her into the fifth dimension. The animals, plants and beings of earth, air, fire and water are also gradually expanding into the new world, forgoing their instant transmutation into the ONE to await the others who linger in the illusion of physicality.
Fortunately, these veils of illusion are restricted to our third dimensional perceptions. Hence, we can easily see over them with our expanded consciousness. Therefore, we need to trust our higher perceptions by believing our instincts, listing to our inner voice, trusting what we see just beyond the physical spectrum of light, and choose to BE our SELF. Every time that we say NO that that which lowers and consciousness and YES to that which raises our consciousness, we take another step across that bridge.
How do we tell the difference between our lower and higher consciousness? We can tell the difference by how we feel. When we are fearful, angry, anxious, sad, lonely, aggressive or competitive, our consciousness is struck in the third dimension. On the other hand, when we feel happy, loving, peaceful, and unified with all life, our consciousness is attuned to the fifth dimension. It is then that we can ONLY choose to create our new world. We can only choose love, joy, creativity and healing.
We have just one choice to make. That choice is attune our consciousness to the fifth dimension! After that, all we need do is Follow the FLOW.
Posted by Suzanne Lie, PhD at 8:58 AM 13 comments:

Today, on the day of the 12-21-09 Winter Solstice, I would like to share a message that I received from my Future SELF. I wish to share it because it applies to all of us.
For decades I have written in my journal whenever I felt a need for help and clarity. I address my questions to "Dear One," so that I am open to any source of guidance that may come in. My question this time was "Dear One, Why have I been so tired lately?" The answer came from my Future Self:
I am your Future Self, here to speak with you after a long time. I have not spoken to you directly because you have been becoming ME--The Ascended ONE. Did you ever think that you would hear this information and be able to confidently say YES? Yes, I am complete with the experience of being my tired, wounded, hard working, suffering ego/self? Yes, I am NOW ready to BE my true SELF, the Future SELF to whom I have sought comfort?
I, who is now us because we have become ONE, am so very proud of you/us for releasing your/our old Piscean Age patterns of hard work and martyrdom. However, now that these patterns are leaving, you are experiencing how of great fatigue from the many years (in fact, many lives) has been cast upon your earth vessel. Now that body is transmuting into its true form of Lightbody, layers and layers of old fatigue is coming to the surface of your consciousness to be loved free.
Furthermore, because you have become one with ME, you have expanded your consciousness to encompass your Planetary SELF. Hence, you experience not only your personal exhaustion, but also the exhaustion of the body of Gaia. Because of this, as you clear your person fatigue, you also assist in clearing the planet.
Be patient with this process, as it will take as long as it takes. Find comfort in the fact that soon you will be beyond "time." Then your many lives of suffering will be just a memory of realities you once lived. As you Future SELF, I can honestly tell you that you are SO close to this completion that you can almost taste it.
In fact, go ahead and taste it. Taste the sweet nectar of completion of a long journey into night. Now, the day is dawning. Wipe the sleep from your eyes and awaken to the new day of your new life on New Earth.
You are HOME, all you need DO is Believe it!
Posted by Suzanne Lie, PhD at 12:52 PM 19 comments: