A Message from My Arcturian SELF through Suzanne Lie 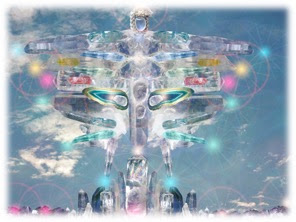 Hello, I am known in your world as my human name. However, few people know that I am an Arcturian who has decided to take on a human earth vessel. No, I am not famous in any manner, nor will I ever be famous. My Mission is NOT one of being observed, but of observation.

Therefore, I must look just like a “normal human” as I move around your reality to determine how we, the Arcturians and our Galactic Family, can best assist our dear “volunteers to Earth” in their process of initiating planetary ascension.

I was born here on Earth, just as all human children are born. I was just a “regular child,” with a “normal life,” at least I was regular and normal for the NOW in which I was born. The manner in which I was always different from other humans was that I always looked up, whereas most humans looked out.

In other words, whereas others looked out into their family, friends and third dimensional world for guidance, I looked “in” to my secret world that I knew I could not share with others. When I was an infant and a young child, I returned home to my Ship, and even my Arcturian Homeworld, on a regular basis.

However, as I moved into my teen years, I was told that I needed to focus totally on “being human.” Because I never totally forgot that I was NOT human, I completely understood what they meant. However, I was NOT prepared for the fact that, shortly after I received their message, they left me.

Day after day and night after night, I called them to come to me in my dreams, in the pictures that I drew, in my imagination, or any way they could come. BUT, they were silent. I was “cast adrift on a hostile planet.” I use the phrase in quotes because that is exactly how it felt.

Of course, no one else thought of the world as “hostile” because they could not remember the higher dimensional world of Light and Love that had somehow disappeared from perception. I was hurt, angry, depressed and exhausted by the games and rituals that this frequency of reality displayed.

Lies and lies were everywhere, but the TRUTH was seldom found. Now, I must confess that “lies” and “truth” are both terms that are relative to one’s state of consciousness. However, since I almost died at birth, I did NOT forget the “in-between” or even the “higher worlds” that no one else could perceive.

There were those who “worshipped” the “Avatars” of their particular religion, but none who could remember that the beings they worshiped were actually their own Higher Self and higher dimensional family.

Of course, I could tell no one of this fact, as they were all taught to “worship” and “give money” to their Church. Also, everyone seemed to have the “right” or the “best” church. This confused me greatly as a child, as the Higher Beings that I knew had no concept at all of competition or better/worse.

Again, I could speak to no one about these topics, as I learned very young that if I did so, the response would be great anger. It seemed like there were many “Gods” and that the members of each of these Gods, thought that their “God” was the only God.

Somehow, I knew very young, that there was, indeed, only ONE God who is able to perceive all the different people through the same Unconditional Love. However, Unconditional Love, was not even a conception until I heard the term from my Arcturian family.

It appeared that all humans thought of love as a commodity in which they gave to those who deserved it. They gave fear to those who they could not control in any manner, and anger to those whom they believed had hurt them in some fashion.

These third dimensional rules were very difficult for me to understand because I could never release my Inner Voice. Of course, I had learned to NEVER tell any one that I had an inner voice.

A few times when I was a naive child, I mentioned the Golden ONE who spoke with me, but the response was so negative, that I learned to keep my inner life to my inner self. Of course, I was very lonely in my outer world, but I was able to remain in constant contact with my inner world.

I had some childhood friends with whom I could share my inner world, but they all “grew up” and no longer wanted to “play that silly game.” But, it was not a game to me. In fact, if anything was a game in my life, if was the famous “outer world.”

Of course, by the time I was a teenager and I was “becoming an adult,” I knew I had to shut down my foolish childhood world. To my surprise what occurred was decades of crippling depression.

Of course, I did not understand, yet, what depression was or why I had it. I only knew that I was VERY unhappy. Of course, I did all the “fun” teenaged things, which were not fun. I also had a pretty long-term teenage boyfriend who I didn’t really like. But, he treated me poorly, so I finally had a “good reason” why I was so depressed.

Yes, that was it. I was just depressed. I did not want to tell anyone about my “personally chosen condition,” but at least I wasn’t crazy. Actually, I doubted on a regular basis whether or not if I was crazy. I even tried to “give up” my inner communications with higher beings a few times.

However, when I did that I knew I was crazy because I had pushed away the only part of my reality that made any sense. “Made any sense” is not the correct term, as nothing made “sense” to me, except that which I received from inside and above.

When I was a teenager, I tried very hard to be a “normal person,” but I was not sure what that was. Therefore, I looked at other teenagers to determine the “right behavior.” However, it seemed that was “right” for me was “wrong” for “them.”

Yes, slowly I was learning that when I was just the outside me, I became depressed. In fact, I was only really happy when I was with the inside me. By the time I discovered this seemingly obvious fact, I was married and had two children.

There was a great decade there during the “hippie times,” when it was important to be one’s real self. I enjoyed that time enough to be able to ignore that the marriage was not working at ALL. Happily, there were enough distractions that I could ignore that fact, almost.

Eventually, the unhappiness factor needed to be addressed because it was the NOW for me to move on to new life that I could have never imagined before. It was a life in which someone really loved me for my true self.

Of course, I could not accept that gift and had to find what was wrong with that person that they would so unconditionally love ME. I was quite successful in the “pushing away” technique. After all, I had been practicing my whole life.

However, this person turned out to be as stubborn as me and refused to be “pushed away.” After a few years of fighting, about which I cannot remember, I gave in to the fact that maybe, just maybe, some one could really love me. Yes, my kids love me, but they had to, as I was their mother. At least that is what I unconsciously taught myself.

Fortunately, the call to return to school came back. This time, my education was about psychology, so I needed to “go to therapy.” I didn’t need to go to therapy. What would we talk about? “There is nothing wrong with me,” I lied to my self.

Much to my surprise, I learned that there was something very right with myself. The class was very small and intimate and based on learning through experience. It was in psychotherapy, so it basically served as “Group Therapy.”

Also, as a part of the program, we all needed to go to therapy for the duration of the class. “WELL! I don’t need psychotherapy,” I lied to my self. After all, by now I was pretty good at lying to myself.

Fortunately, what I learned is that telling my self the truth was much more effective, and created a MUCH happier life.
~~~~~~~~~~~~~~~~

I realize that I started this story with my Arcturian story, and got a bit lost in my human story. Oh yes! We, the higher expressions of your Multidimensional SELVES, often get lost in our human vessel.

In fact, we were warned before we decided to wear an earth vessel that many of us would forget our true SELF and become completely absorbed in our third dimensional lives.

We are very grateful for humanity’s need for sleep, as, too often, that is the only chance we get to communicate with our beloved Volunteers to Earth. We are joyous that so many of our brave Galactic Family are beginning to remember their true SELF that has been locked within their “unconscious self.”

We are so very pleased to invite YOU, that is, whatever version of your Multidimensional SELF who receives this message, to join us in another session of online Multidimensional Leadership Training.

Please click here for all details about this upcoming course, including the 4-week preparation.