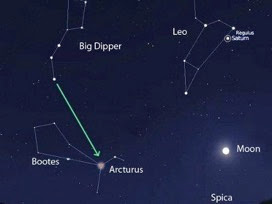 The Arcturians Speak
Our Dear Emissaries to Earth,

We come to you in this NOW to inform you that we will be landing soon, but only in a frequency of reality in which “Power Within Self” has replaced all remnants of “Power Over Others.”

As the “house” is renovated, the frequency rate will expand into higher dimensions that are not accessible to those who choose to live in the darkness of the cellar among that which has been long ago been stored and forgotten.

Eventually, the frequency of the planet will be so wonderfully high that the lower astral plane will be shed from Gaia’s body. Just as an animal takes on a heavy fur coat for the long, cold winter and sheds it in the spring, Gaia will shed Her heavy, Lower Astral Plane.

You see Power Over can only exist when there are others who have chosen to be a victim. We are not saying that the choice to be a victim is a conscious choice, as it is usually an unconscious choice. Many have become addicted to the third dimension format of ruler and ruled.

This addiction will only fade when those trapped within the format of Power Over remember that Gaia is a planet that is ruled by free will. Because of Gaia’s free will, those who choose to be in the Power Over format in order to be a victim, can also choose to release that addiction and take charge of their own life.

They have maintained their power by convincing others that they are not strong enough to stand up for themselves and need the “help” of those who appear to be stronger. Because those trapped in what they perceive as their failures, disappointments, and hardships of the lowest resonance of the third dimension are so beaten down by life, they do not recognize that the assistance of these dark ones is really a trap.

However, unconditional love is also an energy field. However, this energy field is the collection of acceptance, support and the empowerment of loving one’s self enough to openly and warmly love another. Because every person can love and accept them, they can also love and accept others.

Then, because they have been surrounded by Unconditional Love, they are able to say, “How can we help you?” On the other hand, they would likely feel inadequate if they were accustomed to the energy field of disappointment and hardship.

Do you see how we are showing you the “big picture” of your reality? While you are walking in the midst of a huge “field”, you can only see that which is around you. However, if you were up on a hill, or in a plane—or on a starship—you would get the same perspective as we do from the higher dimensions of our ships.

Your world is on the cusp of great change, and chaos usually precedes change. You will all be called upon to leave your comfort zone and bravely face aspects of reality that could be very challenging, in fact frightening, to those who have never considered the fact that there are other civilizations beyond Earth.

Are YOU ready to embrace this higher dimensional energy field? If your answer is YES, then you will likely be among those who will be preparing, educating and calming those who are not ready.

Remember, whether you admit it or not, you are ALL the creators of your reality! Also, please remember, “Time is an illusion of the third dimension.” When we say that we are coming NOW, that means that you will experience that NOW only when YOU are ready.

With Unconditional Love, The Arcturians

Hello Everyone, The above Blog is the introduction of my latest, and soon to be published, book:

The eBook (PDF) version of this book will be given FREE to all of our Multidimensional Leadership students.

Remembering Your Galactic, Higher SELF
Is the MAJOR Theme of our upcoming event.

Hope to see YOU in the class
sue