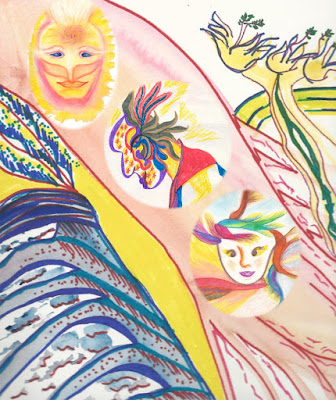 Chapter 25
We Welcome Your Nightly Visits

Greetings,
I, Sharman, wish to remind you that if you awaken feeling tired or feeling as if there is something that you can’t quite remember, please consider the possibility that you were busy on the Ship the night before.

You will usually forget those experiences, except when you “document them,” because the knowledge of being in a reality which is completely safe and totally loving makes it very difficult to return to a reality that often appears to be on the verge of the latest disaster.

Fortunately, many, but not all, of these “disasters” are yet another brainwashing technique that is sent out via low frequency/fear-based energy patterns. There are actually vans that drive through neighborhoods looking for those who are resonating to the fifth dimension.

However, we your Pleiadian, Arcturian, Antarian, Sirian and Venusion friends and family members, (“family members,” is what we would call you on the Ship) remind you that you, as all of our “away team" to Earth, are surrounded by constant, higher dimensional protection.

This protection is amplified by Gaia’s operating system of, “energy out is energy back.” When one sends out energy that comforts, teaches and educates, that is the energy field that returns to him or her.

Also, please remember that the energy field that one sends out is amplified when it is returned to them. On the other hand, those who send out fear and anger will receive the amplified return of that negative message.

All planetary “operational systems” are programmed into the Core Crystals of each planet, just as the human operating system is implanted into every human. Planets can be abused, such as Gaia has been greatly abused by Her inhabitants, just as humans have be abused. By “abuse” we mean that a fearful, angry and/or sad energy field is being sent to a person or to a planet.

Personal trauma is best healed if it is brought to the surface so that one can participate in their personal healing. If someone else were to “just heal them” then they would have lost an important opportunity to fulfill their Birth Contract and clear old karmic issues for themselves.

In the same manner, Gaia, who is a living being that has evolved into being a planet, is in the process of healing Her planetary self. Gaia has learned, through Her very long life of habitation by third and lower fourth dimensional humans, that there are those humans who cannot be healed and who will not turn towards the Light.

Gaia has waited for Her humans for a long amount of what you call
“time.” But now, she has made the decision that there are those who resonate to a lower frequency who will not be able to ascend in their present incarnation.

Most of these humans are the “dark Illuminati ones,” and some of them were from the darkness before they took this incarnation and have not been able to heal themselves, nor does it seem likely that they will be able to embrace the Light within the “time” left before Gaia’s transition.

Therefore, Gaia has decided that she will no longer wait for these lost ones, as they have little chance of turning towards love, much less assisting with planetary ascension. Because of this decision, she will begin a slow “releasing process” of darkness, as well as the dark ones who created it.

Those that have served the Darkness will not be able to have a return incarnation on Her planet. Because, it will take more “time” than She wishes for a total clearing of the darkness, she has called for assistance from the higher dimensions.

Together with Gaia, we of the higher dimensions have created a plan. We have learned that our higher dimensional instructions to the third dimensionals are only effective for those who can expand their consciousness into the mid-fourth dimension and beyond.

All the third dimensional ones who have served Gaia will be called on to send Unconditional Love and Violet Fire into Gaia’s Core Crystals to best amplify her innate planetary, healing abilities. The “unconscious” humans on Earth who are unable to serve their planet because they are still learning how to survive, will be taken to a fourth dimensional realm in which everything seems the same to them.

Since they were “unconscious” to the true reality of the third dimension, they will remain in the mid-fourth dimension until they are able to expand their consciousness enough to perceive, and hence inhabit, the higher sub-planes of the fourth dimension.

Since these humans were “unconscious” on third dimensional Earth, but are good and loving people, they will be able to play out the remainder of that incarnation in the fourth dimensional matrix that “appears” to be the same as their life has always been.

Basically, these humans have not noticed what is really occurring in their present incarnation. Therefore, they will not be aware of what is occurring during their slow, sequential shift into a slightly higher dimension. It is because so many humans on Earth fall into this category that we, the Galactics, decided to volunteer to wear an earth vessel on physical Earth.

Since many of us had not had any third dimensional incarnations, or had only taken incarnations during Peak Societies to assist with the blooming hope of peace and love on Earth, most of us had no idea what we were signing up for.

Yes, we were briefed about the conditions on Earth during your present era, but we had never experienced such an intensely polarized reality where the dark energies had so much power over those who were attempting to live within the frequency of love and light.

We need to tell you that we “take our hats off” to you for your great courage and commitment to find love and peace in a reality so infiltrated with fear, deceit and war. It is for this reason that we are creating this collective message from all of us on the Fleets of Starships who are waiting to assist you.

Because of Gaia’s operating system of “individual choice,” we can only reveal ourselves to those who have sent out a desire for personal contact. Even then, we only have clearance to give hope and promise, as it could be dangerous for them to know too many details of our plan.

Also, as a protection for the grounded ones, we must stay within the resonance of the fifth dimension and above, or the dark ones could perceive us, which would cause great havoc in your world.

The dark ones could not harm us, but their attempt to harm us could create problems in your third dimensional reality. Also, we must keep our conversations with the grounded ones at a high enough frequency range that the dark ones cannot intercept our message.

We clearly perceive, and totally understand, why the awakened ones are anxious for the shift into a higher frequency. However, there are many inhabitants of Earth that are “on the cusp of change,” but need assistance from their fellow earthlings.

As you may have discovered, daily life within the myriad lies and illusions of a third dimensional reality, while your own consciousness is fifth dimensional, can be quite difficult. It is for that reason that we invite those of you who have been able to awaken to your fifth dimensional consciousness, to communicate with us and visit our many Ships that surround dear Gaia.

One of best ways for you to remember your visits is to close your eyes while your write or type your experience. Your vision has the habit of determining “real” from “not real.” Therefore, if you read what you are writing, your may fall into doubt and/or limit your transcription.

You can always “edit” your writing at a later date. Also, as you become accustomed to allowing your hand to do the writing, while your mind focuses on staying connected to the higher dimensions, you may be surprised as to the amount of information that you receive.

As we stated before, you eyes are “in charge” of determining “what is real.” You can turn that monitoring off by closing your eyes while you type or speak into a recording device. Then, when you are editing what you have documented, your vision will be able to encompass the entire message and be less likely to “judge what you are writing.”

As you all know, judgment is another common component of your third dimensional reality. Most of you have some judgments against you as a child, and have learned to be careful about what you share with others. Fortunately, after a few visits to our Ships, you will return to Earth with greater confidence in your “higher dimensional perceptions.”

Please remember that, “the reality you perceive is the reality that you live.” It is for this reason that next-door neighbors could be experiencing totally different realities than you. Also, as we said before, there are many, many frequencies of reality.

Each of these frequencies of reality offers you different situations, perceptions, and communications. We ask you each to allow your own process to guide your path.

As you remember to surrender into the FEEL of the higher dimensional energy waves that are increasingly entering Gaia’s ascending planet, your body will resonate to higher and higher frequencies.

Then, your two eyes will be guided by the visions of your Third Eye, and your hearing will be directed to that which feels like unconditional love. In other words, you will begin to focus your attention on the NOW when a higher dimensional message is coming into your consciousness.

You can then honor that information by taking the responsibility to document it and share it with others whose personal resonance matches the frequency of that energy field.

As you move deeper and deeper into the fifth dimension, you will care less and less about the myriad third dimensional distractions and remember more and more of the birth plan that you chose before taking this incarnation.

Blessings to you all,


We are ALWAYS with you because WE are YOU


Recording of the message HERE
Posted by Suzanne Lie at 8:21 AM