How I Met The Arcturians

How did I meet my Arcturian Friends? 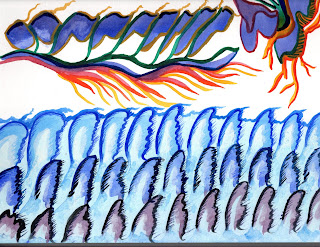 It is difficult to answer the above question, so I will go back in time for a bit to when I met my first computer, which was in the early 1980's.
I had always believed in Higher Beings, but I never thought I would actually communicate with one. Then, in the early 1980's I got my first communication from the Arcturians.
Of course, I, as well as about  everyone I knew, had never heard of a "Website" and they definitely had no idea what an "Arcturian" was.
Of course, I also had no idea what an "Arcturan" was until the word, actually the name, Arcturians, began to come into my consciousness over and over again!
However, since I had had "visions of Higher Beings" for as long as I could remember, I was not frightened by another Higher Dimensional Being. Therefore,  I began to receive messages from an unseen being, who felt VERY loving and VERY kind.
This being told me that it was an Arcturians who had come from the Far Beyond to communicate with me, as well as with others who were ready to accept the Arcturians invitation to open our Hearts and Minds to the "love and wisdom that the Arcturians sent to us.
For as long as I could remember, so I just figured it was my "imagination" and tried to "not wonder"if I was a bit crazy to have communications with an unseen being.
I talked to all my dolls or pets as if they could understand my every word. I also talked to my pet chicken, who all had human names, and most of all, I pretended that there was another reality that was called "Arcturus" which seemed to be talking to me on a regular basis.
Later, much later, I was told by the Arcturians that there were many  "other realities," which I imagined as being somewhere in another world. I was still too young to even think about outer space and other realities on other worlds.
I guessed it was not "just my imagination, as Star Ships from other worlds are actually around us during this NOW--just check out the Internet for all the information about Star Ships that are being seen by many people.
Of course, back then in the early 1980's, I could not even imagine that my "imaginations" were REAL!!
Fortunately, many, many years later, I am still in contact with the Arcturians, but now I can believe that they are real!
Dear Readers,
If any of you would like to share any meeting you have experienced with the Galactic Beings, you can write them down and send them to me at :
suelie@me.com
Posted by Suzanne Lie at 5:36 PM