Have you checked out all the sightings of Star Ships?

Have you checked out all the sightings of Star Ships? 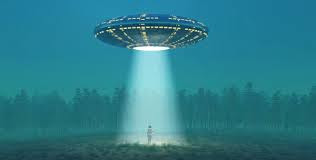 You Might want to check out the Internet to see all the shows that are about Starships that are seen by people. Are we ready to actually see a Starship? That is of course something that each person will need to find out for themselves.

Whether people are aware of it or not, the Starships are being talked about, and even seen and put on cameras by more and more people.

You might want to check out the information that is coming into our lives about Higher Dimensional beings visiting Earth.

These beings are often called, "The Galactics because they are actually Galactic Beings who resonate to the frequency of the higher fourth and fifth dimensions.

The "higher dimensional" component is important so that the third dimensional humans do not become frightened by the Star Ships.

Also, the Star Ships are able to determine if the people and/or situations are evolved enough to observe this new version of reality.

Indeed, the humans of this NOW will be in the position to decide if they can observe these new experiences without fear and/or anger.

In fact, if a groups of people are fearful or angry, the Galactics will NOT show themselves, as there are visiting us to assist and NOT  to frighten!

Hopefully it will become easier and easier for more and more people to believe in the Higher Dimensional Beings who are now visiting Earth.

These visits are ONLY to assist and educate the humans who have chosen to be among the ones who have seen the Ships. Of course, most of them are likely NOT aware that they have made that chosen this experience.

You might want to check out your computer or Television to see some of the many shows that are now centering on the increasing members of the Third Dimension who are awakening enough to wonder wither or not what  saw was indeed a higher dimensional Starship.

You might want to check out the many shows, some based on humans experiences, and some shows may "just be just a show that was meant to assist people to begin to wonder if there is more than just our Third Dimensional SELF.

YES, MANY OF THESE HIGHER DIMENSIONAL BEING

ARE OUR OWN FUTURE SELF!