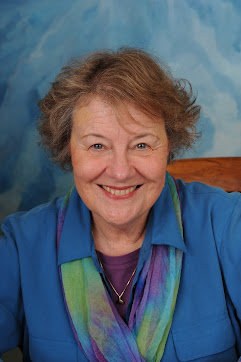 I have decided to show pictures of my self instead of other pictures. When I first started to publish my blog posts, I did not put up my pictures and did not say my full name. I was getting a degree at a college and did not feel like the college would understand my communications with the Arcturians.

Therefore, I used a different name and never showed my face. However, I still communicated with the Arcturians and listened to their advice.  Then, a few years ago when the Arcturians told me to "put up a blog."

At that time I did not know what a blog was, as the Internet was very new. However, since I was a child I had a very active imagination, so I just thought that the "Arcturians" were another one of my inner realities.

As a child I lived more in my inner imagination then I lived in the "outside world" of daily life. However, I did have friends which were more inclined to be animals than people.

For a while our family lived on a huge property, which became the place where my imagination could run free as I could "play"with unseen beings. I did not know who these beings were, but they felt like love and comfort.

Many years later, I still felt surrounded by unseen beings who were filed with love. Then, one day, the Arcturians came to speak with me. In fact, they told me to "put up a blog," but I had no idea what a Blog was, as the Internet was very new.

In fact, when I first heard of the "Internet" it was from the "Arcturians. However, I did not really understand what an Arcturian was any more than I knew what a Blog was. However, I kept getting more and more inner calls from the unseen beings called the Arcturians.

Since I had spent so much of my childhood in my imagination, it seemed normal to communicate with a higher being. I knew these beings were "Higher" because they were filled with love, which they shared with any one who was ready to expand their awareness beyond the attention of just ever day life.

Of course,"every day life" changed again and again.  It is the changes that we allow to have in our daily life that shows us were we really want to go.

Are we ready to go into the unknown, or do we still need life to be the way it was. However, life on planet Earth demands change on a daily basis, so it is best to "Go with the Flow" and stay connected with or wonderful imagination, which will guide us further and further into the Unknown of TOMORROW!