Communicating with our Higher SELF

Communicating with your Higher SELF 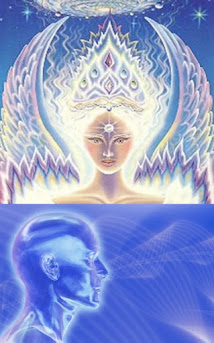 How do you think you would feel if you were suddenly able to communicate with your own Higher SELF?

You may think that you are "just imagining it," or you may be able to accept that you are, indeed, communicating with your own Higher SELF.

Have YOU ever thought of the possibility of being able to communicate with a higher dimensional version of your everyday SELF?

Take a moment to try to embrace the thought of, "Could you believe that you could, or even are, communicating with your own Higher Self.

We say your own "Higher Self" to direct "you" to consider that possibility.

Can you embrace the concept of communicating with your own Higher SELF?

Of course, the mood that you are in, or where you are, or what you are doing, will make a difference, but not always. We say this because the experience of communicating with your Higher SELF will likely guide you to become aware of components of your SELF that you have not thought about--YET

Everyone changes as they live longer and longer as their third dimensional  self. However, more and more humans are beginning to remember, and/or, realize that they do have a Higher SELF that is guiding them into higher and higher frequencies of awareness.

We say: "awareness" because all of the beings on planet Earth have the possibility to open their awareness to that which resonates to the fourth, fifth, and even higher frequencies of reality.

Within the UNKNOWN NOW more and more humans will become more and more aware that they have, and can constantly communicate with, their own Higher Dimensional SELF.

The Higher SELF is the most evolved version of YOU who is watching over and guiding you, Third Dimensional expression of SELF, from the view point of their Higher Dimensional perspective.

The "watching over" will hopefully assist those on Earth who are only aware of their third dimensional SELF -- But One Day these third dimensional expressions of themselves just might wake up and remember that:

NO PROBLEM IF YOU HAVE BECAUSE  YOU CAN