The Threshold to the Fifth Dimension 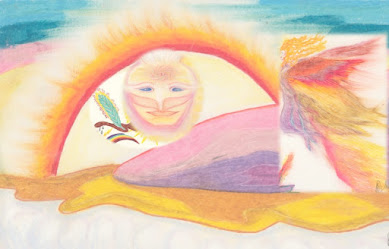 Are we standing at the edge of the threshold into the fifth dimension?
Or, have we already crossed that threshold? The problem is that many times, if not most of the times, when we cross the Threshold, we may be asleep or in deep meditation.
The reason for this is that our third dimensional brain and Third  Dimensional beliefs may not believe in the Fifth dimension at all. Therefore, why would we try to cross a threshold that we do not believe in?
On the other hand, one may believe in a threshold, such as "the threshold as they move through a door, or even the "threshold" when they tell themselves that they are ready to move into a better, and/or higher frequency of the manner in which they decide to live their life.
On the other hand, sometimes that moment may seem beyond their direct control, but they have decided to allow something new, and hopefully better, to enter into your lives.
There is often a "taking vows," such as giving their word that they will promise to fulfill the "vows" that they have taken. Of course, keeping that vow alive in their heart and mind can often seem to be their greatest challenge.
Also, keeping their vow can also be a difficult task for them to keep. Therefore, the  two way event of both of the giving their vow and keeping their vow depends on whether or not they decide to mutually agree on how they will live their lives.
The one who has given the promise and the one who is accepting that promise, has actually become ONE person. But before, as well as once they have  their promises, both need to go deep inside themselves to make sure that they also make that promise with themselves.
In other words, the promise that is given away, must also be the promise that they both vow to keep. Also, will both people be able to  honor the vows that they have taken.
These "vows" are not just for a marriage or even a couple, as keeping of the vows that we have made  WITH our selves, can also be quite a challenge.
The communication between you and YOU can be as difficult as the  promises that two different people have made with the other person. There are two parties of your self inside your self. One inner party may be angry or hurt, while another inner party of your self is feeling fine.
This means nothing if both parties of your self are not willing to be honest in what that other version of your self. When your self and your self cannot get along, it is a good time to find an understanding third person.
In fact, being Loving and HONEST with your own self, is the best way to remember to be loving and honest with others. Honesty is a choice of how you wish to think. So if you are thinking about your self or about another, you will need to be honest.
In fact, if one cannot be honest with themselves, how could they be really hones with others? Most likely the two most important gifts that the we can give is to each other is what we have honestly discovered inside of our self.
Then, when we feel, or IF we feel, that communication between our selves and another if things are not  doing well, is if they  go inside themselves and into the highest frequency of themselves that they can love and believe, to have a good, hones, talk with our SELF!
Then the "couple" of YOU and yourself can choose both to work together as the COUPLE  you--your Every Day Self and You --your higher dimensional SELF!
In this manner you can live as ONE. That is ONE with your own Higher SELF and ONE with your own everyday--3D self. In this manner, your ever--day self can also connect with your Higher SELF and your Higher SELF can connect with the third dimensional Human that you also ARE!
As you are able to fulfill the above combination of the two versions of your self: Which are:
Your Higher Dimensional Galactic SELF and your Third
Dimensional Human self living a loving life together, will allow and
guide you BOTH to find your Fifth Dimensional life  TOGETHER! 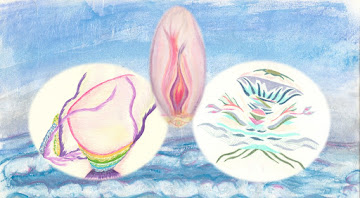 THEN WITHIN THEM BOTH,
THEY WILL REMIND YOU TO
BLAZE, BAZE, BLAZE THE VIOLET FIRE
TRANSMUTING ALL SHADOW
INTO
LIGHT, LIGHT, LIGHT
Posted by Suzanne Lie at 6:43 PM