Becoming ONE with People and our Planet 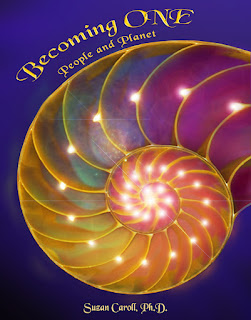 Or actually, how can the humans who chose to take an earth vessel on Gaia's Planet Earth, remember the reasons why they chose to assist, as well as live on, the planet Earth?

How many humans have remembered, to remember, the vow that they took to protect and honor the planet who is now also known as Gaia?

How many humans who live on Gaia's wonderful planet can remember (and promise never to forget) that Gaia's Earth body is a living being.

Furthermore, that Humans who have chosen, long, long ago, to answer Gaia's call for assistance, are now being asked to answer the call that Gaia is sending the humans?

These calls from Gaia are not heard by the humans, but if the humans can walk among and even ask Gaia how they can help Gaia, Gaia will answer that question.

Of course the human will not even be able to hear Gaia's call until they remember that Planet Gaia's Earth is a living being. Also, this living being called Earth needs the assistance of humans.

You may wonder why Gaia may need assistance from the humans? The answer is that humans have been VERY hard on their home world Gaia, and too often ask as if they do not consider their planetary home to be a living being.

However, more and more humans are beginning to awaken to a deep, higher dimensional memory, that only the awakened humans can experience and also believe!

Unfortunately, too many humans have forgotten that they were once able to remember that they came to Gaia's Earth body to protect Her from the many sleeping humans who did not care about their Mother Planet.

Fortunately, there are now more and more humans who live on Gaia's Earth, as well as Gaia hear Gaia's call for assistance. Also, there are even humans who are  answering Gaia from the humans.

The question has been asked for many years and in many ways is, "Will the humans assist Gaia soon enough and often enough to make sure that Gais will be able to be the beautiful and loving planetary being that she has always been?

What would your answer to Gaia be?