We will meet you in the FIFTH DIMENSION!

We will meet you in the fifth dimension! 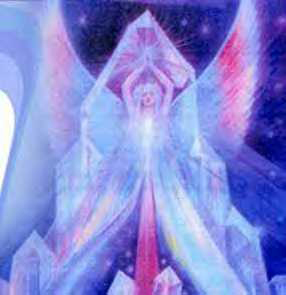 You may wish to ask, "What is the fifth dimension?"
The fifth Dimension is the "dimensional field" that resonates beyond the third and fourth dimensions in which the present humans now reside.
The third dimension is occupied by humans who live in a daily life without much thought about realities that exist beyond their daily physical world.
These third dimensional humans focus on going to work, taking care of their family and friends as well as other means of enjoying their third dimensional physical life.
The fourth dimensional humans have a need to look beyond their daily life to see how they can be more of who they have been so far. However, many of the fourth dimensional humans focus mostly on their own third dimensional reality.
The fifth dimensional humans have thoughts and/or memories of a higher "fifth dimensional world" that resonates to a higher frequencies of reality.
The fifth dimensional humans have a clear knowing that there are higher dimensional beings who assist the "grounded ones" by guiding them to remember that there really are Starships and Higher dimensional Beings,
Many of these higher dimensional beings live on Starships so that they can assist the earthy humans, and all earthly beings to awaken to their own higher dimensional perceptions.
At first, they may "hear" or have a "dream" about another reality that is wanting to assist planet Gaia to also remember that SHE is not just a third dimensional "big rock."
In fact, these "awakening ones" are beginning to have "dreams" draw pictures, and have memories of a reality that is much like Gaia's third dimension, but also very different and much more advanced.
More and more there is a strange inner feeling, or is it a need, to remember more about "what dream was" or "what that very weird memory was. In fact the "memory" was much like a "knowing," and the ability to remember a life on another planet or on a Starship!
At first, they push away these "ridiculous" thoughts, weird dreams, and the constant feeling that there is something more than just their daily life.
Once these Awakening Ones (as the Galactics call them) begin to find out that Starships have been discovered, and more and more humans are having deep memories of being on a Starship, as well as other feelings and memories that constantly remind them that there is something more that is communicating with them.
At first, they may push away that ridiculous idea. However, those who are communicating with them are VERY loving and understanding.
Hence, it is then that the humans begin to be "awaking humans" who are starting to remember more and more "dreams" about a higher reality that is beginning to communicate with them. Or, perhaps these are the same beings that they have seen in their "dreams" for as long as they can remember.
At first, the "awakening ones," as the Galactic's call them, begin to share their experiences with others. It is then when they find the validation that they are NOT alone, and that those who are with them are VERY loving, kind, helpful and more and more familiar.
Why and how would these"thoughts and imaginations,"which you may still call them, as it may still a bit too difficult to accept that there are other, higher dimensional beings, many of whom look quite human!
What will occur on third dimensional Earth as more and more "third dimensional humans" remember their "Higher Dimensional Home Worlds and their Higher Dimensional SELF?"
Let's hope that they can shake hands and welcome our new
Higher Dimensional Reality! 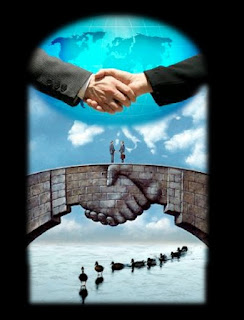