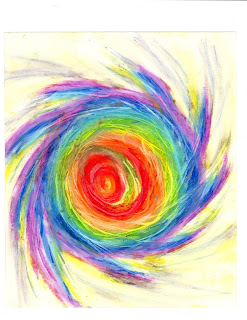 It seemed that I had waited forever, but I was sitting on one blanket and wrapped in the other. Therefore, I was warm. In fact, it appeared that even the ground beneath me was warm. As I waited, I remembered when John rescued me long, long ago, after I had fallen over the cliff.

Then, I reviewed our wonderful life together, as well as the deep sorrow of loosing him and the years of loneliness. Fortunately, there was also my “service to others” that followed.

I wondered what time it was, but I forgot my clock, and dared not leave this spot, so I had to allow myself to release my habit of time. Then, I heard an inner/higher voice, that was NOT John, telling me, “Dear Zara Lynn, can  you hear me?”

At first I was shocked to be called by my childhood name.  But then I realized that “Zara Lynn” was my “searcher name” and represented that part of me that was always searching for the unknown, so that it could become known. I then realized that “Mrs. Starlight,” was my “healer name.”

Early in my healing days, a young boy whom I had healed called me, “Mrs. Starlight.” When I asked the sweet child why he called me that he said, “Because I see Starlight” dancing around your head.”

That day, my “healing name” became “Mrs. Starlight.” And, as you can imagine, that child became a great healer himself. In fact, he was able to see the aura of everyone, and I was privileged to be able to assist him to better understand what he saw.

I also taught him that a very important part of being a healer was to “learn how to turn off your higher vision” and just be a normal person for a while. I had learned that from John. He saw how exhausted I became, and taught me how to “just let go” and relax. And, most of that relaxing was with him.

Then, suddenly, my reverie was broken by a huge, Golden Light that appeared in the sky. I watched as the Golden Light moved into the shape of a matrix, which I have tried to replicate below. 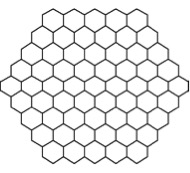 I instantly stood up and waved my hands, as if the Light could not see me. My waving arms were answered by the different colored lights going on and off within the matrix. I assumed the order and color of the blinking lights was some kind of language.

In fact, it seemed that the message from the colored lights was that I just needed to relax and remain still to allow them to “beam me up.” As I was slowly lifted off from the ground, I wondered what the villagers would think and hoped they found the note I had left explaining where I had gone.

As I rose higher and higher into the sky, I could telepathically hear the loving messages that the villagers were sending up to me. Of course, they found out about my plans and quietly supported me without ever saying a word. I was so very happy to have had a long life with these wonderful people, and sent them all my deepest love.

Sending my love was about all I could do while being pulled up the long, golden light, which formed a golden pathway towards a wide opening in the Matrix. However, the light was so bright that, soon, the Golden Light was all I could see. I was so very happy that my dream life, as well as my dear husband, had prepared me for this moment.

In fact, John had come into my dreams many times to take me through the entire process so that I would not be frightened. Therefore, I had no fear, but I did feel a strong mixture of great love and joy for the life I had lived, as well as for my crossing into another world and a new adventure.

As I came closer and closer to the “Source of the Light,” also known as the “Source,” I became aware that I could have been beamed directly through the Matrix, but they (who ever “they” were) knew that I would enjoy a final look at the reality I was leaving.

In fact, I could see that more and more of my dear friends were coming out of their homes in their sleepwear sending me their love and support for my new life. I was eternally grateful that my friends could feel the love coming from the huge, Golden Light and knew that they, too, may be able to have that experience whenever they chose to.

As the Matrix came closer and closer. Then, I suddenly found myself inside a Sky Ship, and who would meet me but my beloved John. John was wearing a uniform that appeared to denote that he was of a high rank on the Sky Ship.

John stood there for a moment as the strong leader that he always was, then our eyes met and, somehow, he was holding me in a long, deep embrace. Later, as John walked me down the long entryway of the Sky Ship, I asked John, “My dear, why does this all seem so familiar to me?’

John smiled and gave me a deep kiss, it was then, with that kiss, that I realized that both John and I appeared to be 20 to 30 years old. I looked at John with that question in my mind, and before I could voice the question, he said, “My beloved one, you did not just leave your home on Earth, you also returned to your Home here in the higher dimensions.”

Before I had a chance to ask him what a dimension was, we were rushed off to a large room in which I was surprised to see many of my old friends and/or patients that I thought had died. John heard the question that was on my face and whispered in my ear, “Beloved, you did not leave your Home. Instead, you came back to“our Home.”

Then John embraced me tightly. I took in the power, unconditional love, and deep sense of unity that we had felt for each other on Earth. I felt safe, loved and accepted. Gradually the many questions that I had wanted to ask, all faded away.

John and I were in “our new home,” and that was all I needed to know. I then saw many of my friends from the Village who had “died.” They stood before me wearing their “dress uniforms.” It was then that I remembered that I had had many dreams of this very moment.

“Yes, dear John,” I said as I looked into his Pleiadian face. “This is OUR new home?”