Steve Beckow and the Arcturians

STEVE BECKOW AND THE ARCTURIANS 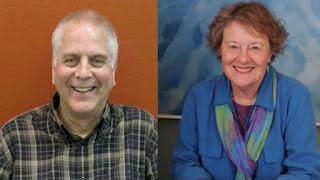 In the course of research, I came across a remarkable discussion with the Arcturians through Suzanne Lie about the need for lightworkers to master every thought and feeling.

It had many twists and turns. Back to the Annunaki and Atlantis and forward to our future. It was quite a ride for me - and I learned a great deal from it.


The Arcturians in a personal reading with Steve Beckow through Suzanne Lie, March 16, 2013.

Arcturians
You will be called up to master EVERY thought and feeling.

Hence the thought and/or feelings that are difficult to contain, or fit into your life are very important within the cycle of great transmutation.

As you have felt, the energies of your months of October were very intense. They will only intensify as your move though the remainder of your "time." Hence any thoughts or feelings that cause inner conflict or any form are best pulled into your consciousness mind to be displayed as an experience. In fact, in 5D this will occur with your EVERY thought/emotion.

Hence our leaders are having to totally hone this mastery of energy NOW. (Arcturians through Suzanne Lie, Nov. 8, 2013.)

Steve Beckow
I wonder why so many teachers or beings have become enlightened, at least to seventh chakra level, what we call Brahmajnana, and yet have behaved so poorly, especially in the area of sexuality.  But with money as well.

I thought to myself that our vasanas, archaic negative energy patterns derived from earlier traumatic incidents survive and survive until Fifth-Dimensional reality and Sahaja Samadhi. Even if that explanation is correct, which I hope you will comment on, it still doesn’t help.
How can I avoid perpetrating or misbehaving if enlightenment itself does not remove those vasanas?

ARCTURIANS
As long as you are wearing a physical form there will be certain neuropathways that will become activated.  And certain lower emotions, sensations and desires that will move into your consciousness. That is the great challenge. ...

STEVE B
No, the last sentence, I could not follow.

Therefore you will come to the point of transmutation into Light Body and you will stop because it is not your time, you have not yet fulfilled that which you came to do.  You understand that, do you not?

(2)
Therefore you have put your physical body into quite a spin.  For within the physical world, what goes up must come down.  Does it not?  And so when you go down you are going to go down into your own darkness, are you not?  And when you go into your darkness, you have the wonderful opportunity to unconditionally love yourself.

STEVE BECKOW
Can you help me understand why, given what you just said, these enlightened masters go off into behavior that is not accepted publicly?

ARCTURIANS
They do not remember to love themselves unconditionally.  The unconditional love is the healing force of the multiverse.  When you love yourself unconditionally, the molecules of unconditional love, which are the highest frequency of Light, move into the psychic scar tissue of your lower Fourth-Dimensional areas that are holding the scar of being stretched beyond that which it can contain.

It can take the scar and close the wound and this must happen many times for the physical body is very dense and of a very, very low frequency.

Therefore there has to be an ongoing repetitive process of moving up and falling down, and unconditionally loving, and healing the part that was wounded.  (3) And so that with each repetition of the unconditional loving of the healing the body gradually adapts to higher and higher frequencies of Light.

But you see in forgiving of the behavior of the body that you are wearing - does that not teach the one who is wearing that body to release any remnants of arrogance that might have adhered to the higher state of consciousness?

STEVE
I have said in the past that it is bliss that heals the scars rather than love.  Am I incorrect in that?

ARCTURIANS
Unconditional love and bliss are absolutely the same…

The thought is the matrix; the emotion is that which fills the matrix.  But they are one.

With the thought of believing that you and all of our brave ones who have entered a form at this time believing and knowing with every shred of your consciousness that you are Arcturian, you have just released the greatest trap of the Third Dimension – and that is the trap of forgetfulness.

And then they start listening to the primal urges of their body – the guilt, the fear, the anger and of course the most primitive and the most basic is the urge for procreation, sexuality.