Cycle One of Planetary Ascension The Arcturians through Sue Lie


CYCLE ONE OF PLANETARY ASCENSION 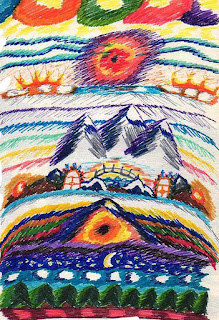 What if your imagination was the truth? What if, for all of your life, you have been a living human with only one incarnation, and then slowly, or quickly, began to remember one, then three, then more and more of the many incarnations that you havehad on Earth, a Starship and/or other planets?

In these incarnations, you were, and are now, on the edge of, or just beginning to, consciously perceive that you are within your “ascension process.”

Ascension Cycle ONE is the first realm of your fifth dimensional frequency of awakening consciousness. In other words, you are beginning to have flashes, memories, dreams, and imaginations of a NOW in which you are resonating to a higher frequency of reality.

“Is this just a dream or my imagination?” you may ask. However, the mere fact that your dreams and imaginations can remain in your third dimensional consciousness means that you are beginning to include the higher frequencies of reality into your perceptual field.

You may be “unconscious” to this process of “multidimensional perception,” and may say, “This is just my imagination. It is not real!” However, more and more of you are beginning to experience more than one reality in your consciousness, within the same NOW as your current incarnation on Earth.

It is for this reason that so many of you “regular, normal” people are having very unusual dreams in which you are in another world or on a Starship. You may also have a sudden interest is “science fiction,” and may even come to realize that you resonate more with “science fiction” than with daily life.

To make you even more confused, you may also be experiencing quick flashes, words, noises, and/or emotions of remembering something that you forgot, or never knew before?

However, it is not that you forgot and are now remembering. Instead, it is that you have slipped into a higher frequency of reality that is JUST like the third dimensional frequency, but simultaneously, different. You may even have the experience of feeling that you've done something before and are weirdly doing it again.

But then, they must be grounded into Gaia in order to be usable to Earth and all her inhabitants. Therefore, the older operating systems of reality are continually separating and re-converging with higher and higher frequencies of reality.

Whether you know this or not, you are shifting your consciousness to resonate to these ever-expanding frequencies of reality in order to experience better alignment with Source.

The process of “aligning with Source” can, sometimes, make it more difficult to align with, and function, on only one timeline, as you have an innate need to experience Multiple Timelines. However, when you are experiencing “Multiple Timelines,” you may feel as though you are having an experience that you have had before.

As you accept that you have chosen to take these many, or few, earthbound incarnations, you may be able to allow yourself to remember your visits to your Ship. You may feel that there is no one with whom you can share this information, but as you gain confidence in your SELF and in your Higher Guidance, you will be able to answer this calling.

We will now address some of the “Cycles of Planetary Ascension.” Cycle ONE of Planetary Ascension, which is much like an adult nursery school, is the “threshold” into the fifth dimensional frequency of reality. This is where those with a “young multidimensional consciousness” first go to learn, and they learn how to teach others what they have learned.

In this manner, these ascending ones can experience the support of their higher dimensional home on the Ship, while they also interact with the third dimensional humans on Earth. Their Inter-dimensional Ship, which is within their consciousness, keeps an “open line” between their fifth dimensional and beyond SELF on the Ship and their third/fourth dimensional self on Earth.

Hence, some of the “Volunteers to Gaia” choose to enter third dimensional Earth, and then return Home to the fifth dimension as soon as they have learned/remembered what they wanted to gain from that incarnation.

In this manner, they can better assist with Planetary Ascension when they return to the higher realms. In fact, many of YOU are “teachers” in the higher dimensional ships and realities. What you “teach” on the Ship is what you have learned about being a human on third dimensional Gaia.

On the other hand, “Nature Beings,” as we call Gaia’s Elemental Beings that inhabit Her planet, can easily, and often do, communicate with us. Of course, the Nature Beings do not speak a third dimensional language.

Instead, they telepathically send their message out to those who love them enough to hear them. Yes, the key to communicating with a Nature Being is LOVE. One cannot give love away if they do not have it within their own heart and mind.

Therefore, the Nature Beings can feel the LOVE, and know that they are safe to communicate with us, as well as more and more humans. When we say “us,” we mean any being, Galactic or Earthbound, that has a deep love and commitment to Planet Gaia. By taking an earth vessel, we Galactics can more deeply understand how humanity is advancing with their “Mission of assisting with planetary ascension.”

Yes, as you may know, many of the “humans” that you meet in your daily life, are actually Galactics who volunteered to take an earth vessel to better understand and assist with the process of Planetary Ascension.

Then, we fifth dimensionals are able to return to the fifth dimension to share what we have learned during our excursion to being a human on Earth. Also we are primarily visiting the timeline that most of your readers are on.

We are visiting that timeline because it is a crucial “time” in which Gaia could begin Her ascension process, or fall into destruction. This “destruction” is NOT from a Galactic Source, The Sources of this destruction would be from the “Protectors of Gaia,” which is HUMANITY.

Humanity has experienced difficulties from the Dark Ones, who have been trying to take over Earth from the very beginning of Gaia’s “Earth Civilization.” Therefore, more of us, your higher dimensional SELVES, are choosing to take Earth Vessels in order to assist our volunteers to Earth.

Fortunately, we are beginning to perceive that more and more humans who are ready to join us Galactics, as we work as ONE Being, to assist humanity to discover how they, in their own way, can best assist with Planetary Ascension in a manner that humans can best understand.

When one first begins to communicate with their fifth dimensional self, while wearing your third dimensional form, you are entering Cycle TWO.  We will return to share Cycle TWO with you.

Blessings from the Arcturians, Pleiadians, and ALL your Galactic Family
Posted by Suzanne Lie, PhD at 9:17 AM