Inter-dimensional Message from your SELF--Arcturians through Sue Lie

Inter-dimensional Message From Your SELF 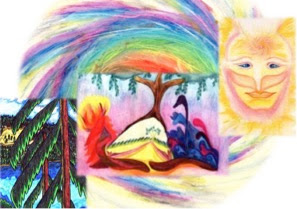 We the Arcturians have come into your consciousness to remind you that YOU are NOT alone! The “great change” which is invisibly, and simultaneously loudly,occurring within your NOW.

We will begin with WHAT will change and then continue into the WHO, WHERE, WHEN and  HOW components of this ongoing change.

WHAT will change, and IS changing, is within the frequency of resonance of your current reality. Each reality has different peak moments of change at different matrixes of reality, at different times.

Humans stand upright and are up and down with the head at the top and the feet at the bottom. On the other hand, a planetary reality is round. Therefore the “skeleton” is more like the Core of the planet.

There are “Cores” for every frequency of reality, and these cores create an energetic pathway through which the higher frequency realities can interface and interact with the lower frequencies of reality.

If you look out into your physical world, you will not be able to perceive your Path of Ascension, as it is not outside of you, but inside of your CORE. To the greater family, such as your earth planetary family and your galactic family of your higher dimensional self, your greater family of humans can perceive your family as a whole.

The Galactics live in peace within their self within the Galaxy because they are all connected to their inner core which connects them to the inner core of all reality. These beings are no longer attached to just their “personal core,” but are also, and primarily, attached to their Galactic Core.

On the other hand, when one’s personal core is NOT connected to their planetary and/or Galactic Core, they are what humans call “individuals.” However, what third dimensional humans often do not remember is that just as you have individual fingers, these fingers would not work if they were not connected to your hand, which is connected to your arm, etc.,  etc.

The individual organs and body parts only function when they are connected to the whole, in this case, the whole body. In the same manner, we Galactics know that we need to connect with our Solar System, as well as our Galaxy, which we perceive as the Home of our Solar System.

Living in a third/fourth dimensional reality is too often riddled with disagreements, arguments, fights, and even wars. However, fifth dimensional humanoids live within the co-operation of the ONE.

The reason for this is largely because the fifth dimension and beyond does NOT have “time and space,” as their “operating system.” Time and space is important for a spirit to learn about individuality, which is the primary class—The Class of Individuality—that Gaia offers to Her inhabitants.

Just as humans have a family system, planets also have a “family system.” Sometimes the families get along, and something they do NOT get along. Long ago when your Solar System was young, there were many fights between the planets of this system, which is a primary reason why the “Guardians of the Galaxy” put an energy matrix around your younger planets of Earth and Mars.

However, Mars is where humanoids incarnate to learn how to live in a difficult situation and be a “brave warrior.” These humanoids often decide to incarnate on Gaia, and too often, they take their combative nature with them.

Gaia is in-between her loving, artistic sister planet and her combative other planet. Therefore, Gaia has taken the traits of both Venus and Mars. However, having the two extremes of Venus and Mars on Gaia’s planet has caused many wars and destruction to her planet.

Because of these extreme polarities of Venus and Mars, many warlike beings have come to Earth to “enjoy the battle” or, hopefully, to learn how to live in peace and love as was Gaia’s true desire.

As we have explained above, Gaia has a “family system,” which is:
Her Planetary System
Her Galactic System and
Her Quadrant of Space system

Yes, planets are living beings! As we have said, Venus and Earth are loving sisters, whereas Mars is a “bothersome brother.” Therefore, Earth serves as a buffer between Venus and Mars, and has components of both the love of Venus and the eternal fighting of Mars.

Therefore, third dimensional humans, which are actually higher dimensional beings who choose to take a 3D form on Gaia’s Earth, can have a pretty confusing existence. On the other hand, Gaia’s sister Venus has only fifth dimensional and beyond inhabitants, which make it a very loving planet.

In fact, many non-humans, who are preparing to take an incarnation on Earth will take a few lifetimes on Venus to prepare for “being a human.” However, it is wise if they also take a few incarnations on Mars, as well.

Earth, although as loving as Venus, at least initially, has taken on much of the combativeness of Mars. This combativeness has been necessary, due to humanity’s third dimensional consciousness, to protect their country or area.

The problem is that humanity is not looking into the higher and deeper reasons, which are based on Gaia’s planetary system, but, largely to the “power over” beings that came to Earth to “take over.”

Too many humans have taken on the attitude of “power over others” that the invaders to Earth brought with them. Earth beings also took on the “it is mine because I took it” attitude the human settlers have lived for far too many incarnations.

Most important, humanity has largely forgotten that Earth, Gaia, is a living being that can be harmed and can be destroyed. In fact, the destruction of Earth has greatly amplified within your recent “times.”

It is for this reason, that we Galactics have come into your consciousness to assist you to remember that YOU TOO are a Galactic that long ago, or recently, decided to experience being a third dimensional humanoid being.

We, your Galactic Family, realize that it is quite difficult for us, fifth dimensional and beyond beings, to imagine how extremely difficult it can be for a third dimensional human.

However, Ascended Masters from Earth are few and far between. This is not the fault of Gaia, but the fault of humanity being NOT as evolved as the planet on which they live. Therefore, too much of humanity does not care for each other, nor do they care about their planet Earth.

Unfortunately, these humans primarily, or totally, care about themselves, their money and/or fame, their personal family, and other humans, their money, their possessions, their government, and some other humans.

These are the humans, who are often Galactics who chose to take an incarnation as a human, who will remember, create, and walk the ascension stairway of:

These awake humans are aware that they, just as a tree has many branches, have many expressions of their SELF. A tree has a trunk, which has many trunks, which have many leaves, roots, and a core.

When Gaia is having a “Peak Society” or “Peak Era” it is because the humans can see, realize, know, that there is a frequency of reality that connects all life. Just as a healthy tree has a healthy trunk, which is connected to the EARTH, and healthy leaves that are basked by the Air, Fire of the Sun, and Water from the rain.

It is the Connection to the Core, which for humanity is the Core of Service to Others, that assists Gaia to remain connected to Her Elements, Elementals, Her Core, Her Solar System and Her Galaxy.

How could anyone believe that they are alone? The answer to that question is that too many members of humanity forgot that they, the humans, were meant to be the Keepers of Gaia. And why did they forget?

The members of humanity who forgot (for there are many, many humans who have remembered and are NOW remembering), forgot because they were NOT connected to the elements and elementals of: Earth, the Air, the Fire/Sun/Light and Water. However, humanity was VERY connected to money, ambition, fame, control, and power over others.

However, humanity is beginning to awaken from their Dark Night to remember that they are NOT alone. We, your Galactic Family, who are YOUR own higher dimensional expressions of the physical body that you are currently wearing.

In other words, this is an “Interdimensional Message from your SELF to your self.”
We, your Galactic Family are always with you! In fact, we have always been with you, but your 3D senses could not perceive us YET.

NOW, as your consciousness is expanding, your perceptions are expanding as well.

SEE through your Heart to feel our Inter-dimensional Love.
FEEL that Inter-dimensional love as you go about your daily life.
HEAR our messages as we send them into your heart and mind.
KNOW that we are ALWAYS with you!

We, the Arcturians, and your Galactic Family send you