The Higher Call--and NEW Webinar - The Arcturians through Sue Lie 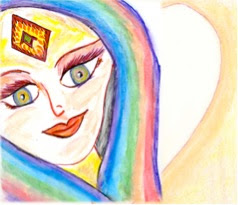 The Arcturians through Suzanne Lie
Dear Arcturians,
I came to my computer as I heard you had a message, but I got sidetracked by some email. Can you please assist me to remember what you were beginning to say through me?

Dear Suzille,
Distraction from our “Higher Call” as well as from our “communications,” is an ongoing challenge for our grounded ones. There is so very much to do in your daily life, that if  you do not set up a special time and place which is dedicated to your “inter-dimensional communication,” it is easy to “forget” or “put off” one of the most important meetings you can have.

In fact, consciously remind yourself that “It is the NOW to receive an Interdimensional communication that you WILL document, and hopefully, share with others. We, your Galactic Family are so very grateful to those who maintain an open portal to their Higher SELF and their Higher Dimensional Realities.

We will now assist you to understand how “Higher SELF” and “Higher Dimensional Realities,” are very similar, but not totally the same. Your Higher SELF is a higher dimensional version of your consciousness, which may or may not look like the YOU that is wearing an earth vessel.

For example, your Pleiadian SELF is tall, thin and usually wears a blue uniform. On the other hand, your Arcturian SELF has never shown you our form. The reason for this is because we prefer to be free of all third dimensional form and to remain in our most powerful form of an energy field.

This energy field can be held into a form if we find that is important to get one's attention. However, we prefer to remain in our true, wavering, transmuting form that can best align with and intermingle with a person, place, situation or activity that is in need of our assistance.

We say “in need of our assistance,” because we chose to lovingly send you Unconditional Love, or the “power of an idea” when we wish to communicate with you. When we say you, we are not just speaking of the channel who is transcribing this message.

When we speak to humanity, we do so in a manner that each of you feels as though our message is for just you. We do so because you live in an individualized reality in which you vowed from your Higher SELF that you would take a human earth vessel to assist Gaia with Her Planetary Ascension.

We say “Earth’s individuality" because there are not that many situations in which there arethe polarities and the individuality that is found on planet Earth. Gaia, the consciousness of Earth has volunteered to take on the “experiment of the separation of individuality.”

On most planets and most realities, there no “separation into different individuals” that is a primary component of Earth’s operating system. In fact, dear Gaia volunteered to take on that task because She wanted to find a way to blend the great love and beauty with Her Sister Venus and the separation into individuality of Her brother Mars.

However, the outward reaching power of Mars has proved toouncontainable to many third dimensional humans, and an energy field that has too often overridden the deep Unconditional Love of Venus.

In this manner, we the Galactics hoped that Earth would serve as the planetary body where male and female energy fields could remain separate until that energy field was mastered.

Then, the masculine (energy out) and feminine (energy in) FLOWS could intermingle to create a new form of human. This new form of human is much like the humans who resonate to the higher fourth and, mostly, the fifth dimensional frequency of reality.

It was planned that these oscillating energy patterns flowing intoand simultaneously, out from Gaia, were meant to escalate the frequency rate of Gaia’s planetary energy rate, as well as the energy rate of ALL of Gaia’s beings.

However, the “dark ones” could see the potential ofusing Gaia’s ever advancing energy field for their own gain. However, greed often does not take the time to do sufficient research.

Therefore, the “greedy for power over ones,” who came to Earth from their planet far away – which they had destroyed by their greed—to find a new Home.  However, the very “greed for power over” that destroyed their world has greatly damaged Gaia, planet Earth’s, world.

The problem was that those who had the “power over others” persona greatly disliked the “power within ones,” They disliked the “Power Within Ones” because they always seemed to enjoy their reality, which they filled with camaraderie and love.

The “power over others” could not understand how the “power within” group seemed so happy, enlightened, artistic and even “inter-dimensional” Therefore, the power over ones set out to destroy the power within ones.

Thus “WAR, famine and disease” were introduced into the beautiful, loving planet that we the Galactics call Earth. We come to you within this NOW because Gaia is being greatly assaulted. This assault is not from outside of Her planet, but rather from those who live ON Her planet.

Gaia is very confused. She deeply wants to assist those who love Her and centered on peace and love. However, within the same NOW, there are those who think only to feed their greed – No matter what the cost may be to dear Gaia and ALL Her inhabitants.

Fortunately, they are many humans who live by Gaia’s operating system of being a planet of love and evolution. Therefore, Gaia is in greater conflict than before because the “power over” ones have NO respect for Gaia and wound Her more and more each day.

On the other hand, the “power within” ones are doing all they can to protect their beloved planet Gaia. Hence, the planet that was meant to be one of Love and Peace, has become a planet of Fear and War.

These polarities of Love/Peace and fear/war, are jockeying for power. The Love/Peace group realize that if they are to empower their beloved planet, they will need to find and use their own “Power Within.”

On the other hand, those who live by fear/war are continually seeking to have more “Power Over.” The question that we, your Galactic Family, ask is, “How do we assist Gaia with Her ascension without becoming involved with Her “Polarity War?”

In this manner, old Galactic issues that were solved by “refusing to intermingle,” must NOW intermingle if we are to assist Gaia. You see, the power over group has as many of their people on Earth as the power within Group.

Therefore, they do not want Gaia to be harmed either, for if they harmed Gaia, they would also harm their own people. We hope that you can see how this is actually good. Both the Power Over and Power Within beings must work together, and ONE, if they are to save planet Earth, which they have both been inhabiting for many millennia.

Therefore, Gaia, who has been greatly suffering from the selfishness and greed of the Power Over Ones, hasalso been greatly benefiting by the Unconditional Love and Inter-dimensional Power of the Power Within Ones.

What would happen if the “Power Overs” and the “Power Withins” were to come to an agreement to stop their wars and destruction to remember that if the planet dies, they ALL die.

The “Power Within ones” deeply love Gaia and could not bear to see Her destruction. On the other hand, the “Power Over ones,” are beginning to realize that if they destroy Gaia, they also destroy the planet that has served as their home.

However, the Power Overs do not know how to send Unconditional Love because they have NEVER received it. They were not raised by loving families. They were treated by their own family in the same manner that they treat others—with Power OVER.

But,what if the Power Within ones decided to give the Power Over ones what they received, which was and is—The Power Within that has allowed them to give to others the same patience, commitment and love that they were given.

There are also the VERY POWERFUL ones who were NOT raised with power within and unconditional love. But, somehow, they were able to “connect with” and “listen to” their own Higher SELF to gain the love, patience, direction, and encouragement that may have been missing in their 3D world.

We, your Galactic Family, wish to offer YOU, those that we just spoke of, as well as ALL of humanity, our Unconditional Love and Inter-dimensional Light!

PLEASE ACCEPT OUR GIFT.
It is totally free, as are all Unconditional gifts of love and light.

*Interested in joining others in this endeavor?
We hope to see you at the
Co-Create Our Empowered Reality  webinar on Wednesday.