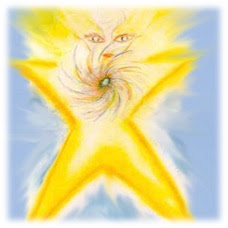 Entering an earth vessel can be quite shocking for one who has been wearing their Lightbody, which resonates to the fifth dimension and is beyond time and space. Of course, while wearing a physical vessel, but having inter-dimensional consciousness, our volunteers to incarnate on ascending Earth can visit their Ship on a regular basis.

They can also visit the wonderful Priestess Caves and/or the Core of Gaia. The Priestess Caves are open for those who honor Mother Earth and serve as Her Priestesses and Priests. In fact, all of our brave “Galactic Representatives to Earth” have chosen to visit those caves so that they can perceive Gaia through that perspective.

Many of these representatives are YOU, but you may or may not remember that about yourself. You, the volunteers to assist Gaia, were told before you chose to take an earth vessel that you were to serve as Scouts.

As a “Scout” you were assigned to go deep into Gaia’s energy field and report back what you discovered to the Pleiadians and the Arcturians. The Pleiadians and the Arcturians, are the primary Galactics that are assigned to assist Gaia with Her Planetary Ascension from a third/fourth dimensional physical planet into a fifth dimensional Star Planet.

Therefore, they usually perceive this “Higher SELF” as an “unknown energy field” that has been with them for as long as they can remember. Also, this “energy field” is often thought of as “ABOVE” rather than “IN” them. As long as they hold the belief that their Higher SELF is above them, it is difficult for them to flash into their inter-dimensional Lightbody SELF.

We, the fifth dimensional expressions of our human self, are very proud of our earth-bound expressions of SELF. Most of them feel that they cannot tell anyone what they have always known deep inside themselves, but communicate with us as often as they can. They also cannot tell others that they feel an immense energy field within them that they cannot understand. There is no third dimensional technology that can assist them to understand what is happening, and few people with whom they can share their experience.

Acknowledging that this “Higher YOU” who seems to exist inside of you, is a difficult process for our “Volunteers to Earth.” However, many Galactic/Human merges have been completed within your NOW, but most of those who have merged in this manner are NOT aware of this fact—YET!

They do know that they are different than most humans, and that they should not talk about this “difference” unless the other human has had those same experiences. They also cannot share that they were all instructed to serve as “scouts” who were assigned to go deep into Gaia’s energy field and report back to their Pleiadian and/or Arcturian SELF what you have discovered.

Then, their higher dimensional expressions of Pleiadian, Arcturian, and other Galactic expressions of SELF, will share all that they have discovered during their “lifetime as a human.” This information is vital so that the Galactics can best assist humanity and Gaia with their process of planetary ascension.

Please note that we Galactics think of Gaia as a “planetary being” who is fully alive and totally conscious, rather than a “thing.” Gaia is a Being in the same manner that humans are beings. However, Gaia is MUCH more evolved than humanity, as she is MUCH older.

Fortunately, more and more humans are beginning to awaken to that fact. Unfortunately, humanity is the only group of Gaia’s beings that causes great destruction to their Mother Gaia for their own personal gain.

Yes, Gaia’s “weather” can appear to harm parts of Her planet, but that is only a concern to humans when their “things” are affected. Humanity will need to remember that they can ALL communicate with Gaia. In this manner, they can better assist Her, and better protect themselves if any of Gaia’s areas are in a process of rebirth.

Because Gaia is having a “rebirth,” the old must be released so that the new can take root and grow. However, this process often harms some of humanity’s “things.” We are sorry for that, but please remember that you created and chose your life before you were born.

Also, “a disaster,” is often Gaia’s process of transmutation. There are, of course many human created disasters that are against Gaia, and are NOT a part of Gaia’s destiny. We Galactics are sorry to see how difficult it can be on the third dimension and salute you ALL for the great assistance you have given to Gaia and to ALL the different aspects of  Her Planetary SELF.

We, your Galactic Family, wish you to remember that there are multiple realities, which resonate to multiple dimensions, that are interacting with your consciousness. The only manner in which our grounded volunteers to Gaia can understand these “multiple dimensions” is to merge with the NO-TIME of the fifth dimension.

In the third/fourth dimensions, which we will link together for now, there is TIME AND SPACE. We realize that this is a difficult component of your Ascension, but if you wish to perceive the fifth dimension, you will have to remember how you RESONATE to that frequency.

In fact, the first thing to remember is that YOU WILL NEED TO BE FULLY CONSCIOUS in order to maintain a fifth dimensional frequency rate. In fact, one of the most difficult transmutations is your sudden and/or slowly developing ability to perceive another reality that resonates to the fifth dimension and beyond. Fortunately, what is occurring is within your NOW that Youare entering

In order for you, the Ascending Ones, to fully recognize the frequency of Light that you are maintaining within your physical body, mind and soul, you will need to incorporate your fifth dimensional perceptions into your personal sense of “WHAT IS NORMAL.”

In that manner, you will be able to remain consciously aware of your current “state of consciousness.” Then, it will easier for you to realize that your consciousness, and thereby, your perceptions, thoughts, emotions and creative ideas will be perceived in a different manner.

We will first talk about the process of perceiving the fifth dimension. The fifth dimension is free of time and space. Therefore, all time is NOW and all that is within your Reality is HERE.

The HERE of your reality sets the stage for the karmic issues that you have decided to address during the fifth dimensional debriefings. We say “debriefing,” because your dictionary says that debriefing is an official questioning session after certain events.

What is beginning to occur, and will increasingly happen, is that people will begin to consciously or unconsciously, sleeping or awake, begin to interface with their fifth dimensional frequency of SELF.

Instantly, you know that there are very few people who understand what is happening to you. In fact, your pet dog or cat, could likely understand you better than a human. Animals are more accustomed to perceiving reality in different frequencies within the same NOW.

How can they do that? They can do that because they do NOT doubt or question. They only live within the NOW of each situation. Of course, there are exceptions, as animals can carry a trauma within their essence, just as people can.

In fact, whenever a person, place, situation, or living being is frightened or harmed, those negative energy fields stay in elementals of that area. Humanity could  greatly assist Gaia if they can perceive that the elementals need their Unconditional Love.

Unconditional Love is the healing forcefor ALL reality.  Note we are using the word “reality.” We Galactics perceive differently than you because we resonate to the fifth dimension and beyond. On the other hand, many of us Galactics, especially the Pleiadians because they look the most human, are “visiting your Earth” in the same manner that you are “visiting our Ships.”

There are still a growing number of humans that are able to believe that reality is not static and is greatly influenced by one’s state of consciousness, which is influenced by the inner light quotient of their physical vessel.

This is where your “Psychology of the Reality Of Inner Light within this NOW"begins to make sense to you in your daily life. Think about it! Begin by looking at each concept at a time.

Start with the concept of  “The Psychology of the Reality…” What does that mean? Let us break it down. Each of our grounded ones, in their our own way, experience the same emotions, thoughts, perception and conceptions of the same reality.

Of course, humans will have many different perceptions and reactions about the same reality. This is because each of you have your own pallet on which the “colors” of your life was laid out on the time/space palate of the third dimension.

The challenge is that you/we (humans and Galactics) are moving into unknown perceptions, experience and frequencies of reality. We, your Higher Selves and your Galactic Family are here to assist you.

However, Gaia is a “free will planet.” Therefore, Gaia can make Her own planetary decisions in the same manner that you, the members of humanity, can make your own human decisions.

What most humans are not yet aware of is that there is a frequency band that encircles Gaia which is eternally attached to the fifth dimensional frequency within the CORE of her Planetary SELF.

The Humans have made quite a mess of Gaia’s Earth, but more and more humans are awakening to their higher dimensional expressions of SELF. We, your Galactic Family, as you allow us, the Galactics, to consciously join you as WE assist Gaia’s third/fourth Planetary Body to transmute into Her fifth dimensional Star Planet.

Please consider our invitation to Assist with Gaia’s, and humanity’s,
Transmutation into the next octave of fifth dimensional reality. 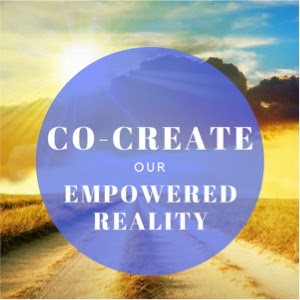 SUZANNE LIE AND THE ARCTURIANS

We will now continue our emphasis on building your power within
to co-create an expanded reality and prepare to actively step into 5D awareness.

Empower yourself to consciously, and actively, create
the reality you wish to bring about.

Unable to attend live? No problem!
Go ahead and register, we will be pleased to share the recording with you.
Posted by Suzanne Lie at 10:21 AM