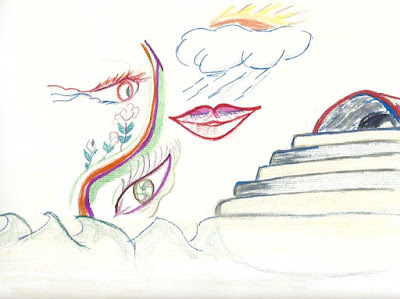 WE, The Arcturians and your Galactic Family, ARE HERE NOW, and we wish to say that if you can remember to start and end your day with:

“Dear Arcturians, Pleiadians, Ascended Masters, Elohim and/or Archangels, as well as any Higher Dimensional Beings with whom you can communicate,

“I AM here today to tell you that I AM willing to communicate with you,
and assist with the process of transmutation of Gaia and all Her inhabitants
into a higher, hopefully fifth dimensional, frequency of resonance.”

Furthermore, we Arcturians wish to speak with the many other people who are aware of a feeling that is flowing into, through, and out from themselves and into the Hearts and Minds of others.  We wish to say to them that what we/you/all have in common is that:

YOU ALL volunteered to activate your Third Eye and High Heart to better:
Hear
Recognize
Understand
Accept
Integrate
And
Share
that YOU are ready to remember that WE have Volunteered to engage in the challenge of

UNDERSTANDING
and
SHARING WITH OTHERS

YOUR PROCESS OF TRANSMUTING  INTO OUR FIFTH DIMENSIONAL SELF.

Both your fourth-dimensional Astral SELF, and your fifth-dimensional Lightbody SELF, are able to live within a frequency of reality, which is NOW becoming more important than it was in your past, or even in your future.

However if you, the waking one, can remember your “dreams,” which are actually a real experience on a different plane/frequency of reality, you will eventually remember/learn how to use that higher dimensional “dream information” to assist Gaia and ALL Her planetary beings (including humans) to recalibrate the frequency of their consciousness.

This recalibration is not an easy task to those of you who had not yet changed the frequency of your consciousness, perceptions and expressions of reality, which can be disconcerting or even a bit frightening to experience this experience of invisible change.

Whenever you change the frequency of your consciousness, you will knowingly, or unknowingly, begin to re-focus your energy fields on the “Threshold to the Fifth Dimension.”

No matter how seldom you identify, listen to, learn from, understand, and/or share the process of your transmutation from being your third dimensional self into the higher frequency energy field, your consciousness quickly expands.

This expansion of your consciousness greatly changes your sense of time from your time-bound, separate self into the higher frequency energy field, which is often within the NOW of your higher states of consciousness.

These higher states of consciousness guide your into the invisible higher frequency energy fields, which will activate more synaptic energy within your brain, and your heart will echo and reverberate to the higher dimensional brainwaves that travel throughout the entire body.

Much like a sail boat that has “caught the wind,” you will move at a faster and faster pace, until the third dimensional energy waves, and brain waves, will accelerate into higher fourth, and eventually, fifth dimensional LIGHT waves.

We say “light waves” because the fifth dimensional light has a very powerful effect on your process of transmutation. However, the third, fourth, and fifth dimensional frequencies of your Multidimensional SELF “waves of light” are not perceivable to your third dimensional perceptions.

In fact, your fourth dimensional self often serves as the messenger that accepts the fifth dimensional versions of reality as “real” and passes that knowing onto your third dimensional self that has been brainwashed to “not believe in this process” for many of your incarnations.

There were lives in which you where ruled by your physical body and your physical reality. You will often think of them as your “past lives,” which means that it was a reality/lifetime that was detached from your present reality.

On the other hand, during your fourth dimensional “visits to your higher worlds” which are often thought of as “dreams,” many of your perceptions and experiences are NOT dreams, but actual experiences of your fourth, and/or fifth, dimensional body. It is often via these experiences that you will remember your reason for your current incarnation.

Unfortunately, remembering your “reason for incarnation” is not commonly remembered unless one is a meditator, believes in reincarnation, or is too young and untarnished by life to stop believing that dreams are real.

However, more and more humans are expanding their consciousness into higher frequencies of perception, reality, and experiences from past, parallel and/or future lifetimes.

A lifetime that is largely based on third-dimensional, physical situations, experiences and realities would be thought of as a “Physical Reality.” On the other hand, those who expand their consciousness into the fourth-dimensional Astral Plans are often thought of as creative, forward thinking, intelligent, or “too out there.”