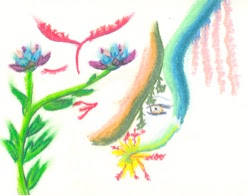 Answers
The Arcturians Through Suzanne Lie

1) What does a “New Era of Power Within for humans mean?”

2)  What does planetary ascension mean?

Planetary ascension means that the Gaia is preparing to release the 3D Matrix that has restricted Her to resonate ONLY from the first through the fourth dimensions. Gaia is NOW preparing to transition into the next octave of reality, which is the fifth dimension.

However, in order for planet Earth—Gaia—to resonate to the fifth dimension of reality she will need to release the persons, places and situations that are NOT aligned with Her the “fifth dimensional operating system,” which she is NOW uploading into Her planetary form.

Gaia has been ready to upload this higher frequency of operation for much what of what humanity thinks of as “time.” However, because she serves as “Mother Earth” to the planet known as Earth to it’s inhabitants, she does not want to abandon any of Her children/living beings.

A “living being” encompasses every component of Her planetary body, including rocks, mountains, atmosphere and other components of Earth that humanity may no consider to be alive. To Gaia, EVERY part of Her is fully alive. In fact, all the components of Gaia, except for far too many human ones, are ready to ascend into the fifth dimension NOW.

Gaia has been waiting for humanity to expand their consciousness into the fourth through fifth dimensional operating system, but not even 51% of her human population is ready for that transition.

ALL of Gaia’s Elements and Elementals are ready, but too many humans still live via the operating system of “power over others,” especially those that rule on Her planet, or are totally unaware of anything that is occurring beyond their third dimensional state of consciousness.

For this reason, Gaia has accepted the visitations of Venusians, Pleiadians, Antarians, and Arcturians, as well as some Martians and awakened beings throughout the Milky Way Galaxy, which has been Gaia’s primary residence.

However, too many humans, who were meant to be highest frequency of beingsholding a form, are not able to perceive Earth as a living being who of a much higher state of evolution then themselves.

This problem is do to a portion of Gaia’s Operating System that has proven too difficult for the beings who chose to incarnate on that planet. Of course, there are many humans who are ready for the ascension to begin, but the percentage of “power within humans ready for ascension” is still below 51%, and the “power over others” percentage is too high.

In order to assist Gaia wit Her Planetary Ascension, humanity will need to release the external indoctrinations and brain washings that has been limiting their consciousness and perceptions of reality.

It is the NOW that humanity must expand their consciousness into the higher fourth and fifth dimensions so that they can remember their true, Galactic SELF and that they chose to take a third dimensional earth vessel in order to assist Planet Gaia with Her Planetary Ascension.

In other words, it is the NOW for humanity to remember that it is up to them to find their “answers within.” When humanity can remember how to look inside their own heart, mind and soul, they will be able to remember that they are higher dimensional beings who came to Earth to assist with planetary ascension.

3)  How does humanity remember how to find their answers within?

Before humanity can find their answers, they must remember how to look within their self and listen to their own heart and mind.

We Listen to it!

5)  Where is Gaia most needing our assistance?

Each of us ask need to ask Gaia that question, and then LISTEN to Her answer.

7)  How do we return to, and/or maintain our 5D consciousness?
By remembering and living our Service to Others and to Gaia!

By listening to what she says to us!

By hearing Gaia all around you and within us.

Do you see how the answers get shorter and more concise when we choose to ask these inner questions?

Therefore, we will now invite you to ask your questions to yourself, your friends, and/or family.  It does not matter whether or not someone answers the questions. What matters is that we, as OUR SELF, write down the answers.

We CAN talk to our self, and hopefully to our Higher SELF, all day long and dream about it in your sleep. We are entering a huge transition into a higher frequency of consciousness.

This “frequency of consciousness” is the result of our growing ability to use greater and greater percentages of our brain, as well as using “both hemispheres of our brain”

We like to think that it is our reality, our home, our relationships, and/or our jobs that are changing. However, in reality, it is humanity that is changing. Humanity is changing more and more because the frequency rate of Gaia is rising.

Gaia is ready to resonate to the frequency of the fifth dimension.
Are you?

If you have a question, or a question with your answer, please feel free to put it in the comments section.
Posted by Suzanne Lie at 6:16 PM