Fifth Message to Earth from Zarton
Through Suzanne Lie 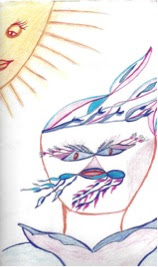 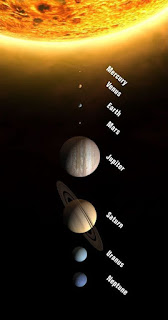 Dear Humans who are currently visiting Gaia. We say “humans” as that is what you call yourselves. However, I Zarton, am inclined to call you “Inter Galactics” who are currently inhabiting a human, earth vessel so that you can better “fit in” with the humans on what you have entitled Earth.

I, Zarton, call your planet Gaia because I have been visiting Her since the times of early Greece. In early Greece, Gaia was the Mother Goddess who presided over Earth. She was the mate of Uranus and the mother of the Titans and the Cyclopes. Gaia was also known as the ancestral mother of all life, as well as the primal Mother Earth Goddess.

When I came to Gaia within that NOW, which is very long ago to time-bound humanity, life on Earth/Gaia was very different. Fortunately, I can, and often have, visited Gaia’s Earth during most of her “times of great transition.”

Because I am a fifth dimensional being, I am not bound by your human concepts of time and space. Therefore, I am can easily “log into” or “visit” you any "time" I wish. It is my honor, and my duty, to observe Gaia’s long transition from the third/fourth dimensions into the fifth dimension.

However, too many humans have taken the credit for being the most evolved beings on Earth. They are actually working against Gaia’s natural evolution, and Gaia has been having a very difficult time with her planetary ascension. Also, many of the "lost ones" have shown themselves to be very violent and destructive.

In fact, we Galactics often wonder how these lost human ones could be called “the most evolved species on the planet.” In reality, humanity has been directly responsible for most of the destruction of the many species on planet Earth.

Plants and animals do not destroy large areas of Earth because people were “fighting to own that area.” First off, no matter what humans think, no one can own any part of a planetary being.

Furthermore, no one has been given permission to destroy any part of the planetary being known as Earth. We fifth dimensional beings are greatly disturbed by these events.

However, humans, who think of themselves as the “most evolved” beings on Earth, seem to have forgotten the “Law of Cause and Effect.” In fact, when one area of their planet is destroyed, they just move on to another area of the planet, which they will also destroy.

I have visited Gaia through many of Her cycles, but in none of them has there ever been so much destruction over such a short time. I am aware that many humans are guardians of Earth, but they are NOT the majority.

In fact, many humans are constantly having to combat, or hide from, the “leaders of their planet” who are unable to consider anything except their own personal needs.

However, we, your fifth dimensional Higher Selves and Guardians, see that many humans are NOW seeking to solve this situation. It is for this reason that I have been sent to enter your consciousness to assist you to enter the consciousness of Gaia.

Yes, Gaia does have a consciousness, which is FAR more evolved than even the sum-total of all her humans. In fact, many humans are not even aware that Earth/Gaia is a living being with Her own needs and even desires. Yes, all living beings have desires.

Humans were meant to be the most evolved members of the planet. Therefore, they would protect the planet, but instead, many humans became lost in the greed for more money and more power over others.

Fortunately, we, the members of your Galactic Family, can see that many of you are now connecting with your fifth dimensional Galactic Family. In fact, that is why more and more of our Starships are becoming available to your vision.

We are happy to report that there have been very few attacks on our Ships from your fear-based, “power over others” groups. These groups seem to be slowly, far too slowly, losing their control. The United States, which has some of the best educational options, is undergoing a huge initiation.

Selfish wealth and lack of concern for the people that are meant to be educated, cared for and protected, has entered the higher places in your government. However, this is the “dark night” that is necessary to bring in a light-filled “New Dawn.”

We, your Galactic Family, will be visiting you more often and in a much more visible manner. We are also talking with the many humans who are following the light to assist them to move into the possible era of “Interdimensional Light.”

This era of Interdimensional Light will allow more and more of our Galactic Family to take a human earth vessel and join the battle, or hopefully the campaign, to recognize that humans are actually Galactics who have chosen to take a human form during this important time for Gaia.

We say, “important time for Gaia” because it is the NOW for humanity to release their old indoctrinations that humans are the most evolved beings on the Earth. Yes, there are many very evolved humans, many of whom who have been murdered by the dark ones, but the percentage of light and dark needs to tip much more deeply into the light if Gaia is to be healed.

However, we, your Galactic Family, will NOT allow the many dark ones wearing a human body to destroy the beloved planet Gaia. It appears that more and more humans are beginning to realize that Gaia is a living being, but the forces of darkness that secretly rule far too many people MUST be taken from the planet.

We, your Galactic Family, are ready to assist you. However, Gaia is a “free will planet,” which means that the humans, who are currently the most evolved beings, must ask us for our assistance.

It is for this reason, that I, Zarton, as well as many other Galactic Beings, are coming into your consciousness to assist you to remember your true, Galactic SELF, as well as to remember that YOU chose to take a third dimensional earth vessel to assist dear planet Gaia during Her time of need.

We, the members of our Galactic Family, wish you to remember your true Multidimensional SELF, as well as the reason why you took this incarnation on Gaia

We are aware that many of our brave volunteers to Earth have been trapped in the same brainwashing as the humans they have come to assist. However, we also wish to say that MORE and MORE humans are beginning to “wake up to the dawn of a higher dimensional world.”

As usual, the darkest night is just before dawn. Therefore, things may seem worse than ever. However, once you move through your personal “darkest night,” you will personally awaken to the Dawn of Gaia’s return to Her true, fifth dimensional SELF.

Then, the limitations of third dimensional fear, power over, time and space, will begin to transmute into Fifth Dimensional Unconditional Love, Power Within and the NOW of the ONE.

Those of you who are wearing an earth vessel that may be too old, injured or sick, to experience that day, will have the great honor of being among the members of the Galactics who are over-lighting and/or landing on Earth.

We, your Galactic Family wish to commend you for your great bravery and tenacity to “remember your True SELF” despite all that you hear or see within your still troubled world.

I, Zarton, hope to be among the first landing teams. However, I, too, must be patient.

It is up the humanity at large to Release the old belief that Starships are an illusion or a delusion!
To Release the belief that money and "power over others" are more important than "love and power within!"

To Release the belief that you must follow a leader who is not equipped to be a leader and still operates under the rules of:
“Me first”
“Power Over”
“Power Within is foolish"
“Love is a feeling that one only has for money and possessions.”

We see our “brave Galactic Volunteers to take an earth vessel on wounded Gaia” are constantly working FOR Gaia, and living under the banner of:

HUMANS ARE THE PROTECTORS OF THE PLANET

Therefore, it is humanity's right and duty to protect their planet
from rulers who have NO respect for, or dedication to, Beloved Planet Earth.

You are NOW, and have ALWAYS BEEN
able to connect with your own Galactic Family.

Give us a call! We WILL Answer!
Blessings from your Galactic Family

You may think, 'What can I do? What do I need to learn?"
To answer those questions is that you are NOW,
and have ALWAYS BEEN able to connect with your own Galactic Family.

Give us a call! We WILL Answer!
Blessings to your all from your Galactic Family 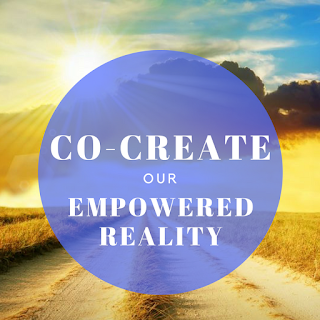 We continue our emphasis on building power within to
co-create an expanded reality as we prepare to actively
step into 5D awareness. Empower yourself to consciously and actively create the reality you wish to bring about.

Unable to attend live? No problem! Go ahead and register,
and we will be pleased to share the recording with you.