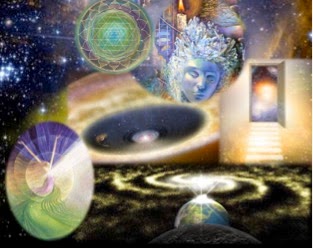 Suzanne Lie and the Arcturians

My dear friends I have not directly communicated with you since the closure of our wonderful adventures.  Mostly because my energy field was sifting so fast that I was overwhelmed.  The energy in the classes pushed my frequency into higher states than ever before, and I had to find a way to integrate it.

Fortunately, I have love and lots of creativity in my life.  Therefore my emotions are pretty centered which is a very good thing because my mind, my perceptions and my thoughts have been off the map.  It is as if someone has turned the Light on in there and my cognitive, perceptive, conceptual and communication abilities have been vivid and speeding into higher and higher frequencies.

I know it could be the Galactics landing, but that does not feel totally correct.  It is more that our realities are beginning to change and more realities are whisking around our consciousness.  It’s like we’re at a huge buffet and there are so many things to choose from that we don’t know what to pick. So we might take a little bite of each dish and try to eat it all, but they don’t all blend well in our stomachs.

There are so many different realities that are moving through our awareness just for a second year, a little word, a little sound in our voice, a brief glimmer on the side of our consciousness.  All of these are happening within the One of the Now.  And all of these I believe, I think, are possible realities.  And, these possible realities are flirting with our mind because we are coming into the states of consciousness where we can inter-dimensionally travel.

I can’t speak for others but my inner voice has been giving me orders.  Actually it’s more like a choice than an order, but it has a sense of urgency in that order.  I’ve always had a spirit being inside of me or my imagination, or both. I’ve always had this inner voice that was always talking to me.  When I was young it was usually talking in terms of my past lives, which I have come to realize are actually parallel realities.  And I would get elaborate pictures and stories which I have written in most of my books.

Of course I grew up in the 1950’s under the guidance of Dr. Spock who was going to whip all of America into shape.  Of course what it created instead were the Hippies. I was a Hippie and I adored it.  But I was a Hippie that was married and owned a house and had two children.  But our house was a hub and we had many wonderful parties.

I loved the way that we thought then.  For the women that I was as a Hippie was greatly changed from the lady that I was raised to be.  The sixties and the seventies were incredibly wonderful and quite dangerous. But all of the Hippies were pulled together to create a safe place and to have a lot of fun.

But, back to the Now.  Now, I am beginning to perceive higher and higher frequencies that are frequencies of reality that resonate to the higher fourth and into the fifth-dimension.  Then they shift back down into the fourth-dimension, but all of this happens so fast that it’s difficult to consciously perceive them.  Therefore, I consciously perceive them moving through my thoughts, flickering past my eyes and touching my body in a way that they’re touching my Aura instead of my physical body.

I also have this weird feeling that something has shifted, will shift, is shifting but I’m not quite sure what that is.  Before I can even begin to understand what that thought or perception is, something shifts back. We are all in this process of great transmutation and everything is so fast that we can’t really perceive it with our third-dimensional brain.

Usually our higher perception enters our consciousness but our 3D brain can’t quite believe that it was real and that is why it’s so important that we work on expanding into higher states of consciousness.  We have all had many lives in which we reveal our true self which we were punished and/or killed.  So therefore we have this fourth-dimensional guardian that says – be careful, be careful.  Remember back when this happened, remember back when that happened.

We have to break through that.  We have to break through that unknown fear that stops us as we begin to move into this new virgin territory.  It’s virgin to us but it is alive and been in existence first for reality begins in the higher frequencies and then steps down to the lower frequencies.  But we’ve been on this lower frequency for so many incarnations that we feel like we’re going to someplace new instead of consciously recognizing that we are actually returning to the place from which we have originated.

That is old programming that protects us because of our other lives in which we came out as our self and the consequences were very dire.  And these consequences left a scar within our consciousness and we need to move inside that scar and say, “it is all right now”.  But we don’t’ really know that it’s all right because there is a threat of war here and a threat of war there.

However the cabal is beginning to diminish.  It has lost, and they are being taken out to another reality, likely the lower fourth-dimension, where energy out instantly becomes energy back.  For they were resonating to such a low frequency that they would put out an energy field and by the time it came back to them they did not realize that that was a consequence of their behavior.  So they did not learn.  It is not as if they are being punished because punishment is not a component of a fifth-dimensional reality.

But Earth was meant to be a free will planet. Earth was meant to be a planet of cause and effect so that we could learn to Ascend by learning that as we put our energy out, it comes back.  Also, when we expand our consciousness, our energy comes back to us faster and faster, so then we learn quicker and quicker.  And those of us who have awakened to our higher selves, when we put out a thought it manifests almost instantly.

The 3D matrix is like an ornate energy filter. When we incarnate on Gaia’s third-dimensional matrix we are limited to perceptions of the third-dimension.  When we go to sleep or when we meditate we expand our consciousness beyond the 3D matrix. Then we begin to remember our other realities in different time zones on Earth and/or higher dimensional expressions of self on the ship and on the higher dimensional worlds.

Many of us are beginning to log out of this matrix.  When we were young we took that pill and we believed what we were told. We did what they told us to do because we wanted to be good people.  But then there was our inner voice.  Now, for a very long time we had to keep that inner voice secret because if we told anyone then it was too weird, it was too crazy, something was wrong with us and we would be judged.

So we did what society expected of us.  Then we got so busy with our job and our work and our families that we turned our inner voice off.  When we turned it off we began to feel so lonely.  We did not know what we were lonely for.  We did not know what we turned off, but we knew that something was missing.  But, what was it?  Oh Well, time to go back to work.  Time to take care of the kids - time to, time to, time to…

Eventually, we learned that if we listened to this inner voice, things would begin to change in our lives.  The inner voice kept telling us, and our body kept feeling, that something special is happening.  Something that we really desire is coming into our reality.  But, if we don’t listen to our inner voice, and we only listen to the outer voice, then that something in not perceivable. It is not perceivable because the outer voice says, “This is real.  What you hear inside of yourself is not real.  What you hear outside, what you hear on the television, what you hear from other people, that is real.”

These emotions made us wonder even more, “Could this be real?  Could this thing that I feel inside of me possibly be real?  Oh I hope it is.  I hope it is real.  I want it to be real more than anything.  But, maybe I’m crazy. “ After all we were trained that listening to our inner voice was not real.  So we had to go against our training, we had to realize that we needed to listen to our inner voice. Yes, first and foremost we had to listen to the inner voice because it was our own Multidimensional SELF.

Those of us that have awakened, those of us who have dared to listen to our inner voice and follow the instructions that we feel within are the “code breakers.”  We are breaking the code of brainwashing about who we should be and what we should do.  We are breaking the code of the third dimensional indoctrination.  As we break this code, as we find our courage so we can live the courage.

Within that courage, we begin to remember who we truly are
and why we took this body.

Stay Connected and Subscribe to My Newsletter
Posted by Suzanne Lie at 3:34 PM