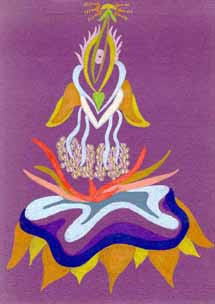 We are the Arcturians. Within this NOW we wish to introduce ourselves to any of our human grounded ones who do not remember that they can, and do, communicate with us more than they realize.

The reason that they don't remember that they are communicating with us is usually because they are talking with us during what humans call a "dream." However, we the Arcturians do not think of you have as "having a dream"while we communicate with you.

We, Galactics, think of YOU going into what you call "sleep" so that you can allow your self to have, what you call a "dream." The reason why you call your inter-dimensional communication a "dream" is because you cannot, yet, allow yourself to believe that YOU are a Multidimenisonal human who can be aware of messages, feelings, communications which you often call "dreams."

Yes, from the perspective of your third dimensional, human self, these deep inner messages could only be "just you imagination." After all, how could you, an everyday human, have the ability to have a conversation and/or a communication with a higher dimensional being that you usually cannot see, but you can feel, and sometimes, you can even hear.

However, the kind of "hearing" that you receive from the Arcturians is more often experienced by a human as "your imagination." However, over time, if you can allow yourself to believe in what you cannot see with your human eyes or hear with your human ears, and allow yourself to "hear with your feelings" then you will be able to communicate with the higher dimensional beings, which we call the "Galactic Beings."

Since we are Galactic Beings, meaning that our Homeworld is not on planet Earth, but on other planets which may or may not be in the same Galaxy as Earth. However, within this now there are more and more Galactic Beings who are visiting Earth because of two reasons.

One reason why we are visiting Earth is because Gaia, which is the Name that we Galactics Beings use for Earth, is ready to return to Her innate higher frequency of resonance. To us, the Galactics, a planet is thought of in much the same manner that humans think of other humans, or perhaps their home and/or neighborhood.

Whereas your "home" is on the planet Gaia, Gaia is often called Earth by the humans, but called Gaia by the Galactics. We hear you asking us, "What is a Galactic?" We will be happy to answer that question.

A Galactic, or "The Galactics," are beings who live on other planets than your Earth, and often primarily lives on their Star Ships. Just as you third dimensional humans live in your house, but can travel around to visit other versions of a house, such as a hotel, when you wish to have a different experience, we Galactics can go to a different planet or area of  outer space, never need to leave our Star Ship Home.

We Galactics also love to visit many different places and even different planets. However, we take our "house," which is actually our "Star Ship" with us because we are no longer limited to only experiencing the planet of our birth.

Of course, "birth" is quite different for a Galactic than it is for an Earthling, as we resonate to a much higher frequency of light that the member os Gaia's Earth do. However, very often members of our Starship, and/or Home World, take on the form of a human on Earth, so that they can walk among the humans without disrupting the humans daily life.

The reason why we Galactics chose to walk among the humans is because Gaia, the name we Galactics call Earth, has asked us to assist Her with Her Planetary Ascension Process.

When the humans goes to a University, they often go to a different place and a different environment than they used to have before they "graduated." For we Galactics, this graduation is similar.

However, instead of going to a different school where you can learn, we Galactics, go to whatever planet needs our assistance. You see, we Galactics are much like the "protectors of the different planetary beings."

We say, "planetary beings" because to we, the Galactics, who have evolved far beyond the third and fourth dimensions of reality, know that every planet is a "Living Being!"Those of us who have already graduated from our inter-dimensional training about how to visit and assist the third dimensional humans on a third dimensional planet,

During your NOW there are many of us Galactics who are visiting  Earth because, Gaia, who is the "Soul of Earth," is preparing to move into Her Planetary Ascension process. We Galactics, have prepared for this assignment by visiting Earth as often as needed  so that we do not frighten the third dimensional ones.

The "Third Dimensional Ones" is what  we call the unawakened humans. We Galactics are in the process of learning how to communicate, and visit Earth, in a manner in which the humans are not frightened.

Therefore, we often take on the persona of "being a third dimensional human." We have found that the best way to understand a civilization that is on the cusp of transmutation is to become a member of that reality is to live among these humans during this time of great change. Of course, we make ourselves look very human so that we do not frighten anyone.

Then, while we are "members of their third dimensional reality," we can best understand how to assist the third dimensional humans to awaken to their own innate higher frequency of perception and thus of reality. Once humanity has awakened to their innate, higher dimensional self, they can remember, as well as return to, their true Multidimensional SELF.

The next challenge for them is to become members of that third dimensional civilization. Then, when they have gained enough understanding to move into the next step, they return to our Starships or home worlds to debrief with us all what that they have learned while "acting as a human" on a planet which is on the verge of Planetary Ascension.

We joyfully await the day in which humans are ready and happy to communicate with us, who are often their own Higher Dimensional expressions of SELF.