Every Voice is Important! 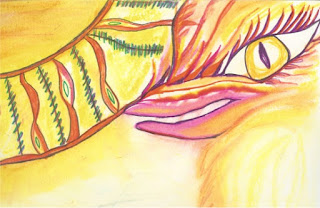 Every Voice is Important

OK, we are pretty much tired of all the conflict around us surrounds us, and are ready to go back to our life which was once "normal." Remember back when we could trust that our leaders "had our back?" Can you remember, when we felt totally safe when we took a walk outside or when you were at a large gathering of friends and family?

Yes, many things have changed quite rapidly, and these changes were NOT the choice of the majority of people. Can you remember when we could trust and feel secure under the guidance of our elected leaders? "What happened?" we are all wondering. How did our lives change so much and our reality become so different from how it was it before?

It is the INNER Strength that is getting us through this time of confusion. Also, there seems to be a "Hope" that is beginning to dawn. We are very happy to welcome the new dawn, that is if we can believe the WE are the bringers of the New Dawn!

We, the people, the many awakened and awaking people are working more and more as ONE group of many who are ready NOW to stand tall and Welcome the NEW DAWN! However, there are also many questions to be asked and to answer. We the people can no longer "fall asleep at the wheel!"

This is our UNITED States and we need to be UNITED to move successfully our of the past and into the NOW! We say, "NOW" instead of future, as our changes must occur within this NOW. Now means that you are ready to dedicate your daily self to awaken to and welcome the NEW YOU that has awakened into the NEW NOW.

Yes, every one of us has a Higher Dimensional SELF that has over lite us from the time that we were born and into this NOW of the New Dawn. This New Dawn is the NOW in which we allow ourselves to wake up to what has been happening, how we really feel about what is happening, and what will we do in order to assist the growing flow of HOPE  and PROMISE.

Of course, Hope and Promise can easily become a thought rather than an action. It is action that is needed to bring in the NEW  DAWN that has come into our awareness so that we can remember that it is OUR reality and that WE must be the ones who are the creators of the reality that we wish to live!

If I recall from the book, which I read as a child, and am just now remembering (I am sure that many of my readers will remind me who that was) that all the creatures on the farm untied in order to "save the farm" from some kind of destruction.

The time was ticking for the barn to be destroyed and all the creatures on the farm were becoming quite desperate and began to search to make sure that there was hopefully someone else that could add their voice to the (Please do not destroy our barn!) call!

However, one small chick, who thought it was too small and insignificant to even bother to call out, we discovered by the others. Then, the other barn animals begged "Chicken Little" to realize that even though it was a very small chick, it could still make a difference in saving the barn.

Chicken Little did believe that she could ever have the power to make a difference, so she hid our in the barn and did NOT make any noice. Fortunately, the other animals in the barn began searching all over to find Chicken Little as she was the only one left that lived in the barn.

Fortunately, they found Chicken Little who had been hiding because she did NOT think that she was important enough to make a difference, so she just "stayed out of the way fo the other barn animals."

All the other barn animals began to made as much noise as possible so that the humans outside of the barn would know that there was animals inside that needed to be rescued before the barn was destroyed.

However, the tractor that was to destroy the barn was very noisy and the "driver of the tractor did not realize that there was someone who needed to be rescued before the barn was destroyed.

All the animals in the barn began to make as much noise as possible, but the tractor was very LOUD and the driver of the tractor was not paying too much attention to what was occurring in the barn. The driver just wanted to destroy the old so that the owner of the farm could have a new, fancy barn.

Then all the animals were making as much noise as they could, but it was not enough until they found "Chicken Little" who had not made any noise it thought that his small chick call would not make any difference. It was then that the farm animals realized that Chicken Little was not making any noise and they all called on her to please make noise.

But Chicken Little only said, "What difference could I make? I am just one little chicken!"

At first, Chicken Little kept her voice small because she did not believe that she could make any difference in saving the barn and the barn animals. However, all the other barn animals were making as much noise as they could. It was then that the Rooster noticed that chicken Little was not contributing her call.

Then, much to her surprise, her small little voice was exactly what was necessary fo the driver of the tractor to hear the collective call of all the animals. Instantly, the driver stoped the tractor, put on the brakes, and opened the barn door to see that it was filled the many  farm animals.

Furthermore, the  drive could see that the loudest voice in the entire barn was one "little chicken" who was bravely directing all the other farm being to make as much noice as possible.

When the tractor stopped, just short of taking down the barn, the driver opened the barn and saw all the animals that were now safe. In fact, all the animals were in a circle, and on the horns of the biggest bull was Chicken Little, still clucking as loud as she could!

The moral of this story is that

Every voice is important

No matter how small! 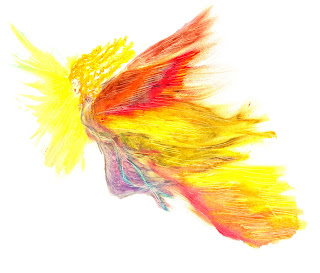