Through The Matrix, Living On The Ship- Chapter 19--Arcturians through Sue Lie

THROUGH THE MATRIX
PART TWO 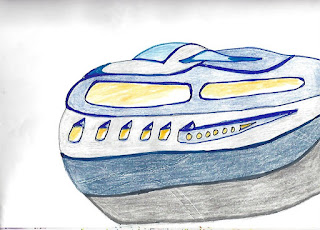 CHAPTER NINETEEN
Living On The Ship

It is difficult to explain timehere on the Ship because timeis something that is part of living on a turning planet that stays in the same orbit. Since we now live in a moving Sky Ship, time is something that we create on the Ship to make it easier for each person to have their work shift, join meeting, and share their daily life.

Here, in this new home, everything is very different from our home on Earth. For one thing, everyone here is loving and kind. Within this society there is none of the bickering, jealousy, or other third dimensional behaviors that I had heard about in Villages nearby ours in my former “Earth World.”

There is also very little disease here on the Ship. Also, disease, as well as injuries, are instantly repaired by fifth dimensional technology. As a healer from Earth, I am amazed how well this “energetic healing,” works.

Of course, I am in one of the many “Healing Rooms” every chance I get. In this manner, I can learn the wonderful manner in which fifth dimensional healing occurs. It is very interesting that John and I took on “services,” which is a term they use instead of “work,” that are very similar to what we did in our third dimensional life.

John is, of course, a leader in the same manner as he was on Earth. And, Yes, I learned that where John and I lived before was on a planet called Earth. It is interesting that, on Earth, neither John or myself thought of ourselves as living on a planet.

In fact, we never thought too much past our Village. We lived “in our Village” and sometimes traveled to other “close-by Villages.” However, we never thought beyond that.
I guess that is why one of the first things that I had to learn on the Ship was how to use a greater percentage of my brain.

When I was in my Village, I, in fact no one, ever thought much about brains. If some one had a “head injury” no one thought that they might have injured their brain. We could not see the brain, and only saw the skull. Therefore, we did not think about our brain.

When I was on Earth, people would come to me with a broken arm or leg, so I did know about what was inside of limbs. I also knew about the inside of the womb when the baby came out, but I could not seeinside the womb.

However, on the Ship there were many machines that allowed us to see inside of people. Then we would use special “energy fields” to repair the inside of the patient’s wounded body. Oh, what a blessing it has been for me to be on this wonderful Ship and learn so many things.

One of the most amazing things that I experienced was when I was shown the planet that my Village was on. I had never been able to go far enough away from that world to see the entire planet. In fact, I was never able to leave the ground until I was beamed onto the Ship.

When I first came on the Ship I thought I would be Homesick for my Village, but I have to admit that I seldom think of the Village. I know that the dear members of the Village looked for my “dead physical form” for a very long time.

But, I also know that they are all fine now. It was my time to leave, and it was someone else’s timeto be “The Healer.” When I first came on the Ship, I checked in on the Village with the wonderful machines they have here.

However, because my dear John was here with me, I could release that life and explore the wonders of this life. One of the things about my new life that was the most exciting was meeting the Galactics.

The Galactics are beings that come from other Star Systems. I remember when I was on Earth and looked up at the “Sparkling Lights,” which is what I called what I now are Stars, Star Systems and Celestial Bodies.

Yes, I am not only learning more about our human bodies, but I am also learning about “outer space.” I had always known about the “inner spaces” of our Villages, the caves, the deep waters, and some of the deep crevasse that was below our Earth.

But I never really thought about the blinking lights in the nigh sky. I could never have imagined that each blinking light was an entire world, that may, or may not, have humans living on them.

Since I had not yet met the Galactics, I did not know that my new friends, the Pleiadians, had a Homeworld that was one of those blinking lights. In fact, the Pleiadians and the Arcturians live on this Ship with myself and John. They are both so filled with unconditional love that I wanted to follow them around like a small puppy.

In fact, I have been following them, but at their request, and they never make me feel like a “puppy.” The Galactics are telling me that I am a Multidimensional Being who has many bodies, and some of these bodies life on the “blinking lights,” which I now know are stars, star clusters and constellations.

Since I am very new to my new Galactic World, I cannot share too much with you. However, as I learn more I will write it in this Diary. Initially, I wrote my experiences in this Diary in order to better understand my life. I had no idea that these writings were to be about my being taken to a Star Ship that was on its way to a star cluster called the Pleiades.

In fact, I functioned like all the villagers in that I was “only in the village.” I never thought about leaving our village, except to go into the woods, but I did get to meet patients from other villages, but they went back to their village as soon as they were healed.

I am nowin a reality that John says resides far in the future of the reality of my Village. I am not sure that I understand what that means, yet, but I will learn. I will listen, look, ask questions, and most challenging of all, I will make friends!

I have now come to realize that I am a very privileged person. How many people get to have two lifetimes in one life?
Posted by Suzanne Lie at 12:33 PM