Arcturian Conversation PART II: From Me to We in the NOW

Darkest Night Before the Dawn
A Conversation with the Arcturians 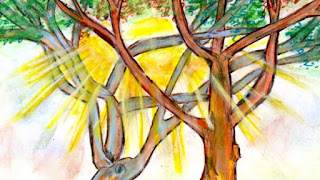 PART II: From Me to We in the NOW

And it’s the newest country, along with Australia. So it will be the United States for the northern hemisphere, and Australia for the southern hemisphere, and they are right next to each other. And that wave of ascension will be activated with those two continents and then move all around the planet. But it can’t occur while that matrix is still active and still attached to the planet.

Shawnna:
So as we each do a personal assessment, the greatest contribution we can make is assisting as many people as possible to focus on their grounding. That way, we can maintain our presence in this Higher Frequency.

And those that have selfish needs and work against the planet, that frequency of Light will be too hard, too dangerous. It will disarticulate their selfish power over other’s needs. Because power over others is a low frequency, and power within is a very high frequency.

So those that resonate to a power over others, they have a low frequency of consciousness. And so when that Higher Light comes in, they’ll get zapped, because it will be too strong for them.

And they will be taken with the matrix to a baby planet to start over. Because there really is no death, just a next cycle. And when that cycle occurs as that matrix leaves, then only those that have truly loved the planet will be able to stay on the planet, because that is where they have always been.

Do you understand what we are saying by that?

Shawnna:
Yes, the timing is interesting because a lot of this information is coming to Light on how this existence has functioned and what the aims and intentions have been and continue to be. I always had this optimism in my mind that surely they will all come to realize that, and I think the Arcturians, I think you’ve actually mentioned recently that they are being made aware that their actions have implications. And so in a way, they have been warned that if their ways continue, there will be consequences.

Sue/The Arcturians:
Because Energy out is Energy back.

Shawnna:
Right, and I’ve always held his hope that knowing that, decisions would be made that would alter these intentions, and they would focus more upon the well-being because there is more power in love than fear.

And in a way, they are the destroyers and part of the………

Shawnna:
Ha-ha. I guess that’s the alarm sounding (laugh). It’s my clock. That means time is up for them. That’s what that means.

Sue/The Arcturians:
Oh, OK good. Time is up for those who are selfish.

No, it’s not all cool, it’s not all fine. There’s still plenty of darkness to be transmuted. And this transmutational process will occur within one who does not seek power within.

Transmutation is a process that can only occur once a human has moved into the energy field of sharing and of healing and of energy out and remembering who you really are, remembering that you are also a Higher Dimensional Being. And there’s more frequencies to yourself than you see in the physical plane.

And as that becomes more and more and closer to a majority, then the power withins will be able to take control. But, unfortunately, the power over others are in control within this now. Not everywhere, but in far too many places.

Shawnna:
Well, I was going to say that kind of leads into my next question, which is how can we accelerate the process of the matrix being removed? I guess it’s a natural process as you’ve mentioned, but are we able to impact that in any way?

Sue/The Arcturians:
The Galactics are surrounding the planet. The Galactics are here to assist. However, Gaia is a free will planet, as we have said, and humanity has to ask for the assistance. They can pray to their God, they can ask the Galactics for assistance, and they can give service to others.

And until humanity is able to love humanity enough to do everything that they personally can do in their own fashion and many, many people are doing, but it isn’t 51 %. It has to be a bigger percentage in order to make that shift.

Do you understand what we are saying by that?

Shawnna:
Yes, definitely. I wonder how far off we are?

And before people do that, they usually have to wait until it becomes extremely extreme.

And that is a glitch about humanity in the third dimension. And basically humanity will need the Galactics’ help. But that means that humanity is going to have to move beyond their belief that they are the most evolved beings and realize that they are choosing to wear a third dimensional vessel, but there are many others that wear fourth, fifth, sixth, seventh and even higher dimensional vessels. And those beings can fix it, but they can’t fix it without the majority of the planet asking for help because it is a free will planet.

Shawnna:
Well, interestingly enough, it feels like we’ve come full circle. Even back to when we first began this conversation, and we were having difficulties, and there was silence, so I had that chance to go within and explore that deeper message.

It felt like it was, like you just mentioned, reaching those extremes that kind of catapult us into wanting to engage and make a difference and get on our feet and recognize that it is time.
This is the alarm sounding, and this is the extreme, and so it is time to not just listen, but participate.

Sue/The Arcturians:
Yes, and to get out of denial.

You know, too many people live in denial. They see what they want to see, and they ignore what they don’t want to see. And as more and more people really allow themselves to see what is really occurring, then they will say, “Wait a second, this isn’t OK. I don’t want this to happen. What can I do to change? How can we work together to change this?”

If you look at the Native Americans and all the people, the farmers and the people that love Earth and the people that serve it, Weincludes the planet. They are all fully aware that everything in your body, it comes from something from the planet. Your physical body is made of the elements and elementals of the physical Earth. You are a chunk of Earth that has the consciousness of your Higher Dimensional Self.

And so when that consciousness moves into all the areas of the chunk of Earth that is the body that you are wearing, then humanity begins to deeply remember and awaken. And awakening and remembering are the same because as you awaken you remember, and as you remember you awaken.

It’s the moving of the consciousness into the Now that allows one’s perceptions to leave time and to move into the Higher Frequencies of the Higher Fourth and Fifth Dimension that is not bound by time and exists within the Now of the One.

Shawnna:
And I think that’s the perfect segue into one of our main focus points, which will be the power of the Here and Now. And I think since anyone who is listening to this conversation has probably reached that point to be awake and in that stage of remembering. We just want to remind everyone that they have a responsibility to contribute.

Sue/The Arcturians:
Yes, it is a responsibility. And that’s one of the first things that people realize when they begin to awaken. They realize that they have a responsibility to help this planet. This planet has lot of problems. They need to help it in some way.

Shawnna:
Absolutely. As we all focus on that power within, we recognize it. We are important, we have unique contributions to make, and together we will make a difference.

Well, thank you so much for speaking with us.

Did you have any final questions, Shawnna, or are you fine with the conversation as it is?

Shawnna:
I think that wraps up an excellent conversation that’s really relevant for everyone to hear at this time. As always, we’re grateful for this guidance, and we have much to consider and think about and to act upon.

Sue/The Arcturians:
Yes, thank you so much to all and Blessings be to you all.

And we’re always here with you, and we have the doors to the fourth and the fifth dimension wide open, as well as the doors to our many Starships that resonate just beyond.

Listen to Part 2 of the Message

As you reflect upon PART II of the message, please share what draws your attention and let us know why. Share in the comments below!

Listen to the Full Message

Read PART I of the message
***
Consider how you can share awareness and encourage others to ground into the planet in order to withstand higher frequencies and join Gaia in this transformation.

We also invite you to contribute to the process of planetary awakening by joining us for a live event on Friday (see details below). We are providing you with an opportunity to step up and into action. Learn more and register. 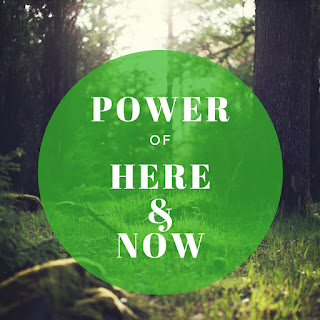 Power of Here and Now
LIVE Webinar with Dr. Suzanne Lie and the Arcturians