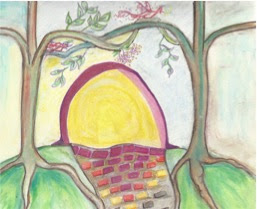 One of the main things that I have learned from the Pleiadians is how to assist humans to awaken by assisting them to expand their human, third/fourth dimensional consciousness into their Galactic, fifth dimensional and beyond consciousness.

You may think that  fleas are a negative, but fleas aid in the decomposition of decaying matter. In the same manner, humans can greatly aid in cleaning up Gaia’s planet by enriching the soil, protecting Her eco-system, and removing that which has died, such as dead trees, so that new growth can be exposed to the rain and sun.

Unfortunately, humanity has greatly forgotten that they are on Earth to protect, assist and heal Gaia. Instead, it has been the humans that have done the greatest damage to Gaia’s planet. It is for this reason that the Pleiadians are coming to Earth to assist humanity to assist and heal their planet.

Long, long ago, the Pleiadians made very similar mistakes regarding the care and maintenance of their planet. Fortunately, we learned in time to rescue our planet that we are to be the “Care Givers,” and NOT the “Selfish Takers.”

Because of their past mistakes, the Pleiadians are dedicated to also protect Gaia’s Earth. Therefore, we (I have realized that I too am a Pleiadian) have dedicated ourselves to assist Gaia’s human population to love Earth in the same manner that they wish to be loved.

With this deep love for their planetary home, the humans of that planet will want to protect Gaia in the same manner that they would protect their loved ones and their physical houses.

Many humans want to “ascend” into a higher frequency of reality. However, until they have finished their Mission of Assisting Planet Earth, they cannot move on in their own ascension. ALL the Ascended Masters put their Mission first and their personal self, second.

Each Ascended Master worked to clear the primary issues of the time in which they chose to take a third dimensional, human vessel. The primary issue of this NOW is that humanity seems to be harmingGaia much more than they are protectingGaia.

In this manner, we are creating a living energy field that flows from our Higher SELF, and into the body of dear Gaia. By this action, humanity will be much less likely to forget their own inter-dimensional experiences, as well as their own interactions with their OWN Higher SELF.

At first, most “visitors” appear in their fourth or fifth dimensional sleeping or meditating form. It is these “visits” that assist our “grounded ones” to remember that just as a 3D human might hail a cab, their 4D/5D SELF can “hail a visit to our Ship.”

However, do not be disappointed if you do not remember your visit to the Ship. We have found that it can be too difficult for most humans to have two different frequencies of reality within the same NOW.

The “awakened ones” know that there are many dimensions beyond the fifth dimension, but they often find that those higher dimensions are best perceived and experienced once they are fully awakening, and therefore, totally able understand their own fourth and fifth dimensional self.

Your fourth dimensional self is the state of consciousness in which your sleeping and/or waking dream and inspirations may suddenly, or slowly, enter your consciousness. As you may have discovered, most of these “dream visits” are from being in higher dimensional realities.

However, one cannot realize that fact until they feel calm and grounded in their third dimensional life.

Fourth dimensional Earth resonates to a frequency which usually stimulates the creative components of humanity’s brain and states of consciousness. It is also a frequency of reality that more humans can access during their dreams and waking meditation. These visitors arrive in their “night body,” which is asleep back in the 3D.

Some times these visitors remember their visit, but usually, even if it is written down, are forgotten over “time.” You see, “time” is the third and lower fourth dimensional component of Gaia and of Gaia’s humans.

In order for one to perceive fifth dimensional Earth, their consciousness needs to be vibrating to the frequency of the higher fourth and/or fifth dimension. Also, the way that one perceives these messages is related to the way they will share their information.

For example, Suzille perceives us best by writing down what is occurring within her consciousness. She also shares the information she received by “writing it down.” Suzille was a Scribe in many incarnations.

Therefore, Suzille’s collective SELF is best expressed by writing and/or drawing what she has received. Most important for you to remember is that there is NO right or wrong way to communicate with us, your Galactic Family.

There is only YOUR way. Your manner of communication with higher fourth and fifth dimensional realities is something that you have been refining over many incarnations.

But, back to our Ship. Different Starships have different missions and functions. Our Ship, which is Pleiadian, is much like an Interdimensional “Taxi Cab,” which travels back and forth between the third/fourth  and fifth dimensions.

In other words, one must remember their own Higher Self who resonates within the NOW of the fifth dimension. Then, they will need to create that NOW in their time-bound reality, and dedicate an area in their consciousness/mind and their body/heart to learn/remember how to allow their body, heart and mind, to encompass that higher dimension.

While you are resonating to your higher states of consciousness, you remember that YOU are the Master of your body. Therefore, YOU are able to chose the resonance of your body by aligning your thoughts and emotions with that resonance.

Usually, this alignment occurs when you are in a higher state of consciousness, giving service to others, and/or service to Gaia and, most important, you will need to realize that the message comes THROUGH you and not just TO you.

In this manner, you will not get caught up in 3D ego issues, which can easily lower your consciousness, as well as the resonance of your physical body.

If you remember that you are serving as a channel through which your higher dimensional messages can flow, you will NOT allow your ego to pull you into the question of “is this message good enough,” which is an innate third dimensional doubt.

It is vital that you release doubt, as doubt lowers your self esteem, creates confusion, and can “turn off your channel” because your wounded ego has taken over. It is also very helpful to set aside a meditation program, read what others have written so you will not feel alone, and give service to others.

We are so pleased to see that more and more of humanity are beginning to realize that Earth is a living being. For far too long, humanity thought of Earth as a “thing” rather than as a living, breathing Being.

The Pleiadians have assisted greatly to awaken humanity to its higher states of consciousness. They have also reminded you that the FLOW of energy Out will return Back to the sender. In other words, Energy out is Energy back.

A human’s thoughts and emotions have a great deal to do with creating each person’s Operating System. However, some humans are born with an innate memory that there is something beyond what they can see or hear with their physical senses.

These humans often become wonderful “channels” through which we, the members of the fifth dimension and beyond, can send our messages to Earth. We send these messages, not just to humanity, but also to the Earth, the Air, the Fire and the Water of dear Gaia’s Earth body.

I close my transmission to Earth for this NOW. However, I will return to share what I am learning with you. I will also remind you about some things that are occurring on your planet Gaia that you may not be aware of.

Thank you so for joining me, whether it be by reading my messages or receiving them via your dreams and/or meditations. Please remember that ALL fifth dimensional messages are filled with Unconditional Love.

I send Unconditional Love to each and every ONE of YOU for allowing me to share this information within whatever NOW in which you receive it. I will return soon. I AM Starlight, and so are you!

Please remember that we can ALL take in and share with others, the Light from the Stars that Bless Us ALL!

I shall return,
Starlight
(once known as Zara Lynn)
Posted by Suzanne Lie at 8:52 AM