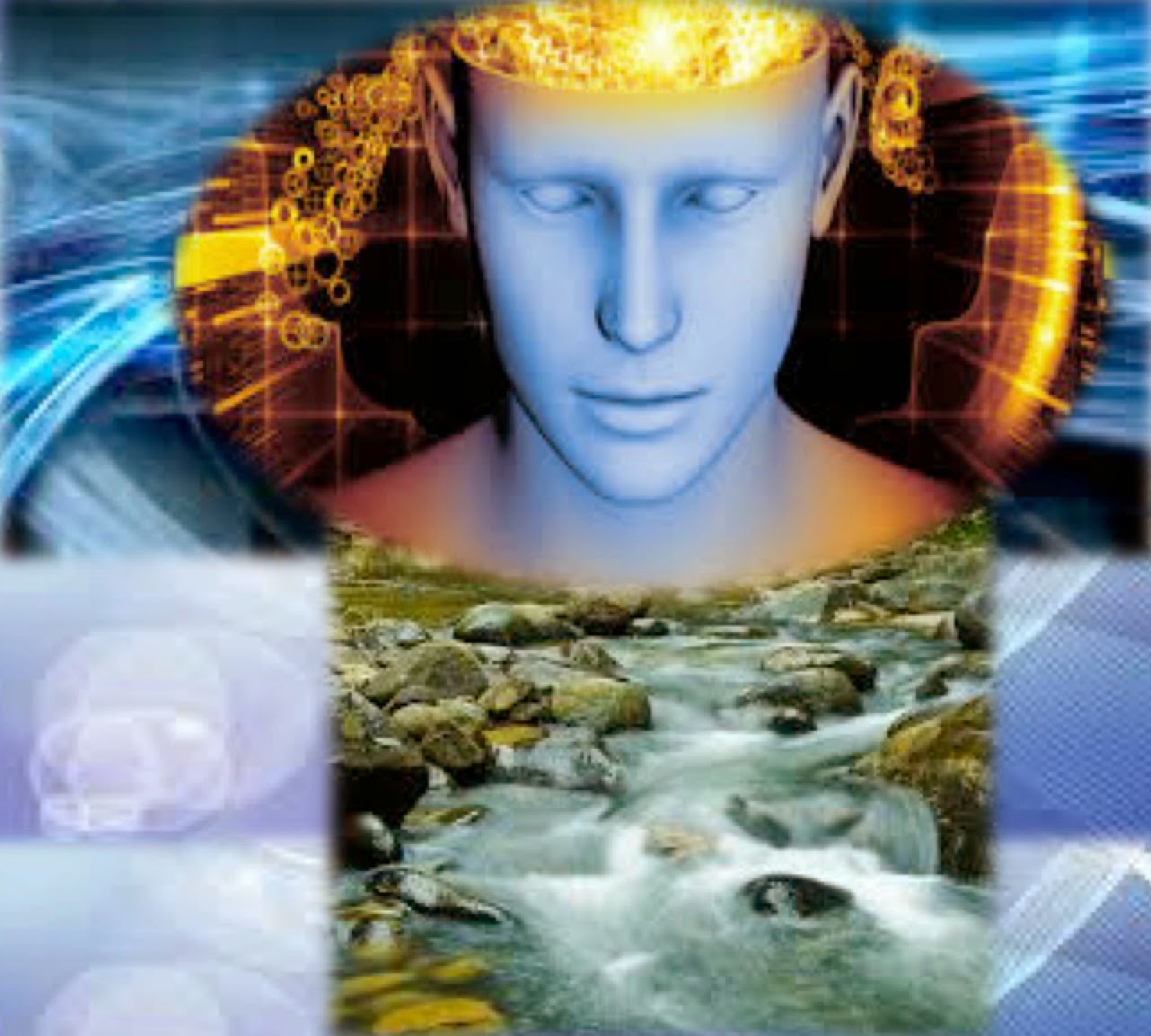 The energetic weather report is “hot” and “cloudy.” By “hot” we mean that many new developments are “heating up” to the “boiling point,” in which they will be revealed. It is “cloudy” because there is still a great deal of TRUTH that is hidden behind the clouds of illusion. Most of you, our volunteers to take earth vessels, have taken quite a few lifelong assignments on the 3D Matrix of Gaia.

Some of you can remember many of those embodiments, which allows you to better release the clouds of illusion. Many of you are not, yet, aware of your other incarnations, but as your consciousness expands to resonate primarily to the fourth dimension, you will begin to remember that DEATH is one of greatest illusions on Earth.

Much like a hermit crab on the ocean floor, you need to “take a new shell” to continue your LIVES -long missions. Therefore, “death” simply means that your 3D shell no longer serves your needs, and you will need to release that shell to find a new one. Many of our brave volunteers have spent many eons on the “Wheel of birth/death” between 3D to 4D to 3D to 4D.

After a certain amount of turns of this Wheel, you chose to return Home to your realities in the fifth dimension and beyond. Of course, the intense forgetfulness that overtakes your soul essence from too many physical incarnations can make that return HOME difficult. However, it is not the return that is difficult. The difficult part of the return is remembering how to make that return.

Now, the entire planet that is ready for Her return HOME into the higher frequencies, but many of Gaia’s humans are still lost in the fog of forgetfulness. Therefore, beloved members of our Galactic Family, we are sending emissaries into your daily life. As those of you who are awake know, we have been sending our emissaries for many years.

After your horrific WWII, the Pleiadians came to Earth to counteract the offer from the Zeta Reticuli, who were in deep association with the military. The Zetas needed DNA as they were cloned beings and had replicated themselves too often. Their terms were, “We will give you advanced technology, if you give us some human DNA.”

The Pleiadians said, “Wait, you do NOT want to give away human DNA. We will give you advanced technology, and all we ask is that you give up your atomic bombs.”

Since the atomic bombs are still on your planet (except we Galactics will NOT allow you to detonate them) you can see how much your human rights were respected. In fact, many wars are still waged on your planet that totally disregard human, animal, plant, environment and planetary rights.

We must remind you, our dear emissaries to Earth, how impossible it appears to alter these illusions while wearing an earth vessel. However, this is where the “hot” component of the energetic weather report will be explained.

Just as water sitting in a metal pot with the fire burning brighter and brighter, transmutes the water into air, the higher frequencies of light are transmuting the lies into truths. The TRUTH is increasingly being revealed by Galactics and brave humans who have “shone their light” onto the lies and illusions.

Of course, our dear earth bound friends and family, you will need to search your Internet to find the “hot news,” but when you look for it, you will find it. Information is NOW available to those who are willing to search for it. In fact, even those who once sought to keep you in your 3D cage because they believed that they could never raise their resonance are discovering that the LIGHT shines on any one who seeks it.

In your “past,” many brave ones who sought to share their truth were punished or “disappeared.” However, they did not die in vain, as their courage has brought inspiration to others. We, your Galactic Family are very proud of all of you who bi-located your great multidimensional consciousness into a 3D vessel.

We say “bi-located” because YOU are all multidimensional beings. Therefore, your fifth dimensional, and beyond, SELF sent a fragment of your essence/consciousness into a human on the edge of birth or death. It is during birth or death that the portal of the human is open to a higher dimensional consciousness to flow into or out of an earthen shell.

Within your fifth dimensional and beyond states of awareness, you are aware of this stream. However, while your consciousness is restricted to the third/fourth dimension, you are greatly hindered by your belief in separation.

If you believe you are separate, it is difficult to simultaneously believe that you are a “flowing stream of multidimensional life.” Close you eyes for a moment to imagine yourself as that “flowing stream.”

When you feel the stream of YOUR consciousness swirling around you, and extending into the higher dimensions?

What are your thoughts and emotions?

Now, feel how your “stream of consciousness” flows into the core of Gaia. How does it feel to be ONE with Earth?

Now, feel your “stream of consciousness” as it also flows into the higher dimensions of your SELF…

Can you remember when you flowed “downstream” into the vessel you are now wearing?

Please use your imagination. It is only your 3D thinking that believes you cannot remember. We ask you to LET GO of the lives of indoctrination in which you were told that you were JUST one person.

NOW, remember when you released your consciousness from your earth vessel and flowed “upstream” to return to your multidimensional SELF…

When you remember these experiences, you will KNOW that you cannot die. You are a stream of consciousness that floats through myriad realities within the NOW of the ONE. We remind you, our beloved ground crew, of this fact because it is the NOW. The NOW that you have waited for in untold lives is slowly, but surely, dawning into a new day.

In this 4-19-15 energetic weather report, the day is foggy because truth and lies still intermingle. However, there is more TRUTH available for those who are willing to search for it, than there has been in a great deal of your “time.” We tell you this NOT to ignite your impatience and anger by thinking, “I have waited so long.”

On the other hand, if you are DOING, you are not waiting. Instead, you are contributing to something that is better than your own personal needs. Then, all sense of victimization disappears, as you are too involved in a possible solution to worry about what might, or might not, occur. Also, your action greatly diminishes your fear.

Remember, time is an illusion of the third dimension. When you are waiting for something to occur outside of your self, you are a victim to time, as well as to your own fear, anxiety and depression. On the other hand, when you are learning, studying and contributing, time flies past you. You look at the clock and say, “Where did that time go?”

The answer to this question is, “The time has flowed into the higher dimension, taking your consciousness with it.” After you have spent your “time” learning, sharing what you have learned, contributing to and preparing for the sunny day in which the TRUTH is revealed, you feel fulfilled, useful AND multidimensional.

We do NOT judge those who have become lost in the lethargy and impatience of fear. Instead, we send you unconditional love and remind you that YOU ARE VERY IMPORTANT. We miss your contribution, as from our perspective we can see that every one of you chose your Mission (that which you volunteered to work towards) before you took this incarnation.

We observe how very difficult it can be in the third dimension and how many of you have had more challenges than you believe you can overcome. We say to you, our beloved ones, “Thank you for taking on the difficulties of your life.”

We lovingly remind those of you who feel alone and with no one to help you, that you ALWAYS have the YOU of your own multidimensional SELF. Also, you always have us, who your Celestial and Galactic friends and family.

Please allow the clouds to clear, so that the multidimensional Light of the ONE can follow the stream of your consciousness down through the body of your earth vessel and into the Core of Gaia.

If the ONLY thing you do is open the portal of your earth vessel so that the higher light can use your own inner portal to anchor its multidimensional energies into Gaia, you are GREATLY assisting Earth. Therefore, while you are “waiting,” please open your inner portal.

Our beloved human members of Earth, you are WAKING UP. You are shaking off the shackles of brainwashing, lies and archaic beliefs. From our perspective, we see that the higher light is taking root in more and more of humanity.

Also, you are observing how the animals are changing, the plants are changing and the weather is changing. Most important, the light of planetary transmutation is creating wormholes through the fog of illusion. Gaia is NOW transmuting and returning to Her higher dimensional expression, and more and more of you are choosing to join Her.

Congratulations. As the clouds clear, please look into the light to see us applauding YOU.
The Arcturians and your Galactic Family

NOTE TO READERS,
When I received this message it occurred as quickly as I could type, so there were many typos. I posted it anyway, as I could feel how important it was and wanted to share it right away. I did not have a chance to edit it until very late that night. Hence, I got so confused that is likely made more typos. Now I just finished an edit while awake and aware.
Thank you for your patience.
Sue

(Note about Book 4 of the Pleiadian Perspectives on Ascension)
Book 4 was twice as long as the others, so we have split it into two books so you can better absorb the information. If your book 4 is 400 pages, you have the old version, so you have the full ending of the series. However, if your book book is about 200 pages, please stay tuned for Book 5, which is "Changing Realities."
Thank you.
Stay Connected and Sign Up for Our Newsletter
Posted by Suzanne Lie at 3:47 PM