Arcturian Energetic Weather Report #2 and Check out our upcoming classes.

Join us in the upcoming sessions of our 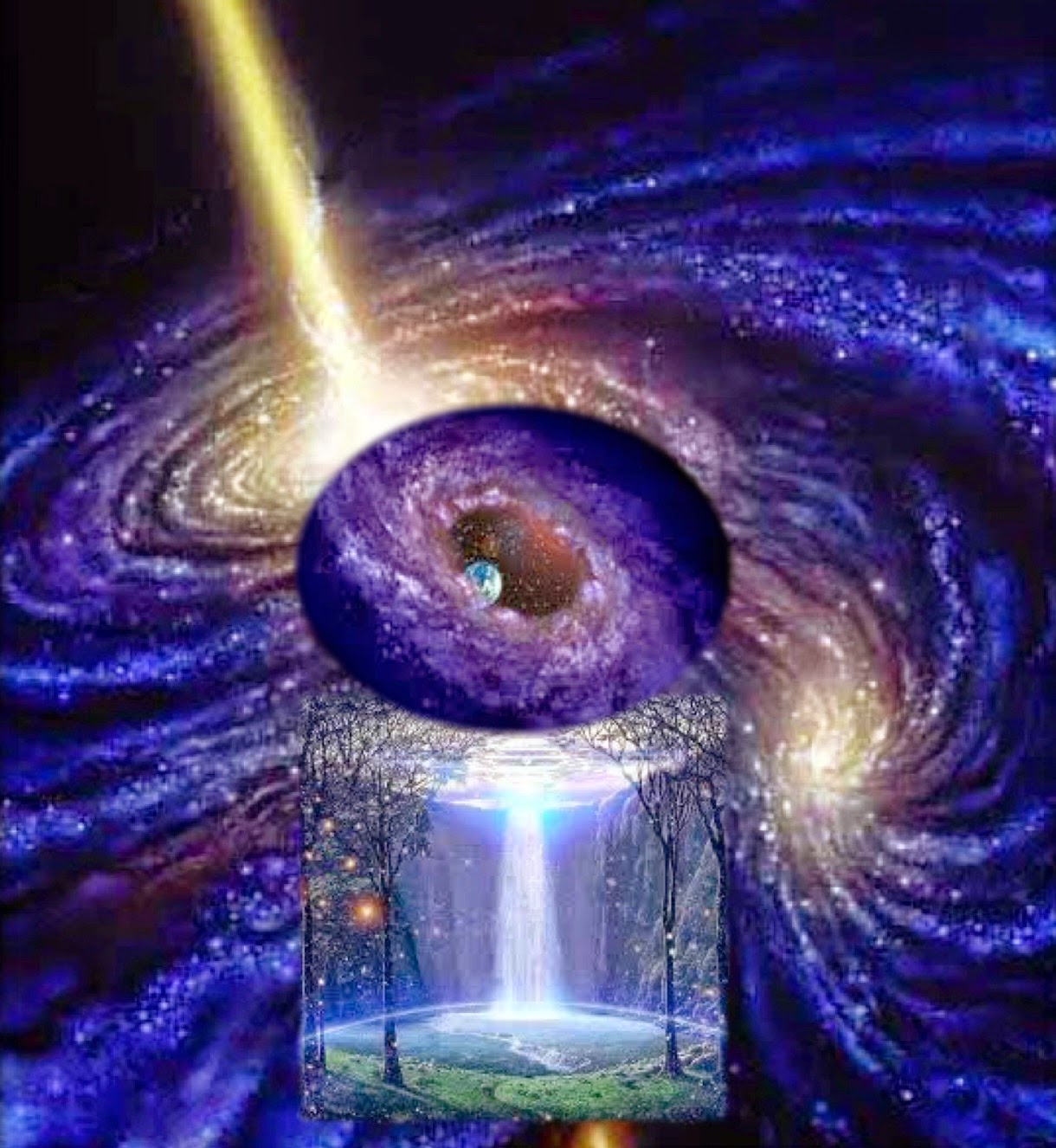 Constant Conscious Connection
Dear Arcturians,
I am ready to receive your message.

Yes, Suzille, thank you. In fact we wish to thank YOU and all your many readers who have followed us through out the many years since the early 1990’s. We know that all of you have had to wait, and wait, and wait, for us, the Galactics, to come directly into your reality. We understand how many of you have become frustrated and confused that we have not, yet, landed.

However, Gaia is a free will planet. Therefore, there must be a “majority consensus” before we can begin our landings. Also, we have to know that it will be safe for the humans and for Gaia. As you may know, there are still many beings wearing humanoid form that have conspired against our landing.

Many of these humans are so very overwhelmed by daily survival, that the thought of re-structuring their entire world is terrifying. The dark ones created businesses, jobs and global events that kept these people on “survival mode,” so that anything outside of working hard, and having some fun, was the only life they could imagine. There are also many brave ones who were killed by the dark ones for daring to tell the truth to the people of Earth.

Of course, the brainwashing programs, as well as the poor educational systems that were deliberately started by the dark ones, have kept many humans within the “survival mode” of just barely making it through each day. You see, our dear friends and family on Earth, you have been fighting a hidden war for your right to know the truth of the real conditions on Earth.

Fortunately, there are the many brave and awakened humans who search for information and meditate on a regular basis to commune with us. These awakened humans continually try to spread the truth in whatever manner best suits their awareness and personality.

Because of this increasing awareness, you realize that your earth vessel is merely the lowest dimensional expression of your multidimensional SELF. Therefore, you are “wearing” your body rather than “being” your body.

You, our beloved emissaries of light, have remembered that you have uncountable expressions of your own lifestream in many octaves of reality. Therefore, “you” cannot die. However, you may choose to temporarily or permanently “check out” of your lowest, densest, expression of being—your human earth vessel.

Sadly, there are also many of you serving the cause of TRUTH who have had to unwillingly release their earth vessels because they were discovered by the dark ones. These brave warriors have not “died.” They have merely surrendered their earth vessels and return Home for some much needed R and R.

We remind you all of this fact today because we want you to know that you are NEVER alone. We, your galactic family, are ALWAYS with you, even if you not consciously aware of that fact. We also remind you that we are focusing our attention on escalating the educational process of our ground crew, as inner knowledge is inner power.

All of the dangers of which we have just spoken are small compared to the most common danger, which is forgetting your SELF. When you forget your alternate, parallel, multidimensional SELF who serves on our Starships, fifth-dimension Earth, Venus and myriad other locations, you become trapped in the myriad illusions of the 3D Matrix.

Fortunately, that lowest frequency of Gaia’s “inhabitant matrix” is dissolving. We use the word dissolving, which means: disappearing, breaking up, formally closing, ending of legal relationships and/or simultaneously fading out and in. We instructed Suzille to look (those) “dissolving” up in your dictionary so we could define the process in human terms.

We will now address the last definition, which is “simultaneously fading out and in.” This term in your dictionary is exactly how you, our dear ones wearing earth vessels, are experiencing your process of transmutation back into your true SELF.

Your initial “return to SELF” is with your consciousness. Therefore, the frequency of your consciousness simultaneously fades OUT of 3D limitation and IN to 5D freedom. As you are aware, when you are meditating, being creative, enjoying your friends and family and loving life, your fade IN to your remembrance of your higher dimensional expressions of self.

When this occurs, you realize that you are in constant contact with us. At first this awareness may only fade in briefly, than quickly fade out because you are still thinking with your 3D brain. Your 3D brain is unable to understand seemingly opposite actions, such as in or out, occurring simultaneously.

Life on the physical plane is so very challenging that more than “one thing at a time” is often overwhelming.  The key is the word “time.” When you think third dimensionally, you are bound to the concept of TIME. On the other hand, as your consciousness expands into the fifth dimension, which we perceive that more and more of you are experiencing, you are able to be aware of simultaneous actions occurring within the same NOW.

Once you have established a CONSCIOUS communication with us, your life will totally change. We wish to remind you that EVERY one of our ground crew is already in constant communication with us via your fifth dimensional states of consciousness. In fact, you are able to check in with us as easily as you can call a friend on your phone. Actually, it is easier because our line is never busy, and we will always answer your call.

You never stop being fifth dimensional, but a difficult situation in your 3D matrix can distract you from that constant awareness because it frightens you. Any form of fear lowers your consciousness into third dimensional thinking. Fear tells you, “I must address this issue because it can cause me harm.”

Within the situation you have a conscious, or unconscious, decision to choose which frequency of perception you wish to perceive. Both versions of reality simultaneously exist in the same NOW. Furthermore, when you are consciously aware of your own multidimensional perception, you have many choices that are NOT available to your 3D consciousness.

·    Your third dimensional consciousness only has one choice: Stop whatever you are doing or thinking and focus on the fear.
·    Check out the fear to see if it will cause you or your loved ones harm.
·    Engage in the fear to best investigate its source so that you can directly interact with or combat it.

Your human earth vessel demands this investigation because, from that third dimensional perspective, you are alone, vulnerable and constantly striving to survive in a difficult environment. Do you see why the dark ones constantly fill your news with fearful events, violence, wars and mass murders?

As long as your earth vessel is in a “state of alert,” you are easily brainwashed that this particular product, person and/or situation will save you from the great danger that they just created to keep you in the constant state of alert which lowers your state of consciousness. Do you see that vicious cycle?

Furthermore, when you shift out of “third gear” of your earth vessel that is “driving around town doing your 3D errands” INTO the “fifth gear” of your Lightbody who is zooming beyond limitation, ALL your perceptions shift into higher gear.

It is your primary calibration to the third dimension reality that is beginning to alter. Because you, our dear away-team, are honing IN on your 5D perceptions, you are simultaneously logging-out of the 3D Matrix. The primary rule of inter-dimensional travel is that “where your attention is, the YOU are also.”

This vision of reality is the core of the Mission that YOU chose before you entered your earth vessel. However, some of you underestimated the power of illusion on Gaia within your NOW and became lost in that illusion. Fortunately, you awoke from your illusion and are NOW ready to fulfill the Mission that YOU chose before taking your present earth vessel.

Now we will tell you the best part of this adventure. YOU also remained Home in your beloved starship, planet and/or dimension. Everything in your 3D reality is being tracked, observed, facilitated and guided by your Multidimensional SELF.

We are so sorry that many of our brave volunteers had to prematurely log-out of their earth vessel and return Home. We are aware that to the 3D perceptions of those who cared for them, they died. We tell you ALL now that death is an illusion of the third dimension.

What is perceived as death on the third dimension is simultaneously perceived as a welcomed return Home to the higher dimensions. Also, once you return Home, you are NOT judged as being “good” or “bad.” We understand how very difficult it is for all of our inter-dimensional travelers to ascending Gaia.

If you fell into the darkness, or chose to incarnate into the forces of darkness and became lost, we do not judge you. You love you unconditionally and assist you to heal from that experience. Once healed, those that have fallen into the darkness are wonderful sources of information about how to assist others who have been tempted, and/or brainwashed, by the darkness.

Therefore dear ground crew, as you continue with your path of ascension, which is simultaneously completed within our NOW, remember that YOU are not alone. You have chosen to place your great multidimensional consciousness into a very small and dense earth vessel to assist Gaia.

Your Multidimensional SELF already inhabits many ascended, higher dimensional bodies. We know that you, our volunteers to Earth must attend to your 3D life, as well as your Mission to assist Gaia. We want you to know that we “have your back.”  Simultaneous to your current earth life, you are living myriad expressions of your Multidimensional Life.

If you were to “lose your earth vessel,” it may interrupt your mission to Earth, but simultaneously you would be returning HOME to your true Multidimensional SELF. We tell you this information ONLY because humanity's great fear is death. The beings of the darkness, the lost ones, control you with that fear.

We tell you this information NOW because those of the darkness are losing. You have refused to participate in their lies and threats, and the only weapon they have left is your own FEAR. When you remember to “be the Master over your own fear,” your consciousness expands so that you can perceive the fifth-dimensional Earth, which is NOW awaiting new inhabitants.

We conclude this message by reminding you that you can choose to remain on 3D Earth with Gaia while you simultaneously inter-dimensionally travel to fifth dimensional New Earth, your Starship and/or other higher dimensional expressions of your Multidimensional SELF. From our perception, you are doing so right NOW!

Blessings on your many journeys,

HOW DO YOU SEE THE MULTIDIMENSIONAL "INTERMINGLING" FROM
YOUR PERSPECTIVE?
I love you wonderful answers. Let's make talking about ascension NORMAL!


The Pleiadian Perceptions on Ascension Books