A Peek into my book in process,THE JOURNAL -- A Journey from Disillusionment to Remembering 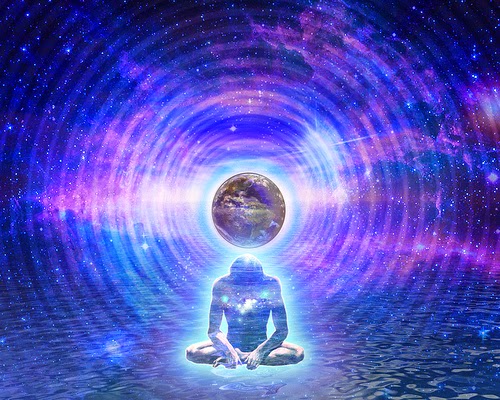 I have decided to share some components from the book I am working on now called, "The Journal."
To loosely summarize, this book is about the journey from disillusionment to remembering.

“I have been trying to contact my Mother for two weeks,” said Lisa to herself as slammed down the phone. She had repeatedly tried to contact her mother, and she had not answered her phone, her emails or her Skype.

“What is she up to now?” Lisa muttered to herself. “I guess I will have to go down there and find out for myself. That means I have to have another confrontation with my husband about my ‘weird’ mother.

“The kids are in school, so I will have to get someone to pick them up and watch them until my husband comes home. What a bother!!” Lisa continued her inner dialogue, or was she actually talking out loud.

“Why doesn’t she just communicate with me? I know we have not seen eye-to-eye for a while, but a little communication on her end would greatly help our relationship. That is if we even have a relationship,” Lisa said so loudly that she knew she was actually talking to herself.

What else was she to do? She certainly could not get in contact with her mother. Truth be told, she had not tried that hard to contact her until now. Her mother has been talking about so much weird stuff lately that Lisa found herself avoiding contacting her.

Then, when she finally did call, her mother did not answer. In fact, her mother was nowhere to be found. “My husband is going to be so upset about this,” Lisa said to herself. “He has really had it with my ‘crazy mother,’ as he likes to call her.”

Lisa tried for two more days to connect with her mother. Finally, she could wait no longer. She confronted her husband, got the babysitter, and left at 5:00 am for the journey to her mother’s house. She told her husband she would leave then to avoid traffic, but she really wanted to avoid another confrontation with her husband and the many questions from the children.

For the same reason she slept in the guestroom and told her husband is was so that she would not wake him up. Actually, she did not want to “sleep” with him. Sex had been a chore for ages now, and the more she disliked it, the more often he wanted it.

Since she could not even admit that much, she could more easily look past all the obvious signs of her husbands wandering eye. “No,” Lisa yelled, as she pushed aside the obvious evidence and chose to live the lie. However, four hours of driving alone in a car would make it very difficult to ignore her self.

By the time she arrived at her mother’s house, she was enraged, in tears and so relieved to be in a safe environment. However, it was an empty environment. The house was neat and clean as always, but the plants were gone, the cat was missing and the house felt empty of all life.

No mother, no copious plants, no cat, windows closed and all doors locked. The yard was a bit overgrown, but watered by the sprinklers. The refrigerator was filled with expired food and the bread in the pantry was covered with mold. Now, Lisa was getting worried.

She has spoken to her Mother so seldom lately, that she did not even know how to contact her mother’s friends. That is if she had any. Truth be told, Lisa was glad when her husband took the job up north and they had to move away. She did not understand her mother at all. Now her mother had disappeared, just when Lisa was finally ready to talk with her.

“How could she just disappear?” yelled Lisa after she had searched every area of the house and yard. The car was in the garage and her mother’s purse with her wallet inside was by her bed, which showed no sign of recent occupancy. Perhaps there was a clue in her office, where she shut herself up for hours to meditate or write or whatever she did, thought Lisa as she walked to the back of the house.

Lisa had been embarrassed by her mother’s behavior as a teenager and never brought her friends over. Lisa was more like her Father, who had left them because her mother was so odd. Now her mother was causing problems with Lisa’s marriage. Perhaps the answer is in her offer, she thought as she went into that room.

When Lisa opened the door to enter the office, she felt a sudden chill. What was that saying, “Like someone had walked over a grave.” “Oh my God,” Lisa said out loud. “What if she is dead?”

Fortunately, there was no dead body and NO mother. The room was neat, much neater than Lisa had seen it in a long time. In fact, her mother’s desk, which was often a mess of papers, was totally clear except for a rather large three-ring folder filled almost to the breaking point.

As Lisa tentatively walked to the desk, she saw an envelope with her name on it tapped to the top of the folder. She angrily pulled off the envelope, opened it and began to read her mother’s note.

~~~~~
My dear Lisa, Beverly wrote in her journal. I am so sorry that I was unable to tell you this in person, but there was too much to say and too little time in which to say it. Therefore, I have left this journal, which clearly describes what has been occurring in my life.

I wish that I could have shared it with you, but you have made it very clear that you do not want to hear about my ‘weird’ encounters with what you call ‘the unknown.’ I have tried to tell you that it was never unknown to me, but when I did you became angry.

I know that you have blamed my behavior for your father leaving us when you where only ten, but I did not want him to leave any more than you did. I also know that I was an embarrassment to you when you were a teenager. I am sorry that I was not the person that you needed me to be.

Mostly, I am sorry that I could never find a way to share my experiences with you that did not upset or anger you. I hope that you find this journal in which I recount everything that has been happening in my life in the order in which it occurred. Perhaps, when you read it within your own time, you can begin to understand why I have disappeared in this manner.

Please remember that I love you very much and hope that we can regain our relationship. Please do not run off to phone the police before you read this. After you have read this journal, we may even be able to communicate with each other.
I love you,
Mom

~~~~~
“What,” yelled Lisa. “Do you expect me to read this whole silly journal before I call the police to find out where you are?”

Lisa was so angry that she violently pushed the journal off the table, where it fell to the floor, opening the binder and spilling the pages all over the room. Lisa stood in horror. She finally found a clue as to her mother’s disappearance and she had just scattered it all over the floor. She was so upset that she fell into the nearby chair and sobbed.

Lisa cried the tears that she would not allow when saw the look in her husband’s eye when her friend came over, or how her “friend” looked toward the ground. She cried the tears that she had pushed away during her four-hour drive here alone. Then, when she remembered the expression of relief she saw on her husband’s face when she said she needed to leave town, she became almost hysterical.

She needed her mother to talk to NOW. But was she there for her? NO! Again, she was absorbed in her own self and in her own weird whatever she was involved in. How could her mother leave this silly book instead of calling her and talking to her? But that question reminded Lisa that she had not taken a phone call from her mother for quite a while.

She had been “busy” and would call her back, but never did. Lisa told herself that it was because she was fed up with her mother’s ideas. But, the truth was that her mother could always read her mind, and she did not want her mother to tell her what she wasn’t ready to face.

During her four hours driving alone in the car she had “unconsciously” decided to talk to her mother about her marriage. She was even ready to ask for her help. “But NO,” Lisa yelled to the empty room, “I finally am ready to talk to her and Mom is involved in her own self – again!”

Lisa dramatically fell to the floor and sobbed. She cried because her marriage was over, her life was a mess, her mother was missing and she was totally alone. However, being alone was what she really craved. She needed to get out of denial and into the truth. That was the real reason she drove to her mothers.

It took Lisa an hour to collect all the pages, which fortunately were numbered, and put them back into the folder. By then she had calmed down. She went to the kitchen and happily found some coffee, sat down at the kitchen table, where she often did her homework as a child, and began to read the journal.


Prepare for the NOW by reading the books:

(Note about Book 4 of the Pleiadian Perspectives on Ascension)
Book 4 was twice as long as the others, so we have split it into two books so you can better absorb the information. If your book 4 is 400 pages, you have the old version, so you have the full ending of the series. However, if your book book is about 200 pages, please stay tuned for Book 5, which is "Changing Realities."
Thank you.

Stay Connected and Sign Up for Our Newsletter
Posted by Suzanne Lie at 9:09 PM