Therefore, we wish to remind you again that there are many frequencies of reality in which your own "frequency of consciousness" is being asked to participate. In other words, we, your Galactic Family, see that more and more of you are needing to make very difficult decisions which you had never thought you would need to confront.

It is for this reason that, we, your Galactic Family, wishes to commend the many of you who are holding your courage throughout the NOW of these great challenges. We see that more and more of you are awakening to your own Higher SELF.

This awakening, which is partly because the government of certain areas has gone awry in a manner that you could never imagine would happen. Therefore, we your Galactic Family, wishes to remind you that WE are with you.

We, the members of your fourth, fifth, and beyond Higher SELF are with you in your dreams, in your imagination, and within your thoughts and emotions. We see that there are many, many brave humans who are facing your current, challenges with courage and commitment to the country that has been your home.

Also, the members of your Galactic Family, have come to you  NOW to remind you that YOU ALL are Multidimensional Beings. However, remembering that you are a Multidimensional Being can be confusing, and perhaps a bit frightening as there are  many  challenges of being "Leaders for the Light."

Fortunately, being a "Leader for the Light" is not something to learn, but something to remember. The reason for this is that, a Multidimensional Being/Leader, such as you, the members of our Galactic Family, think of everyone as being ONE within your consciousness.

It is this Unity of Consciousness that assists those in difficult situations to feel free to ask for assistance, to give assistance, and to know when you, yourself, are ready and willing to assist others. It is within this NOW that your Galactic Family, who have taken humans vessels long, long ago, are beginning to awaken to the fact that they/you are NOT just third dimensional humans.

Fortunately, there is a group of "awakened and awakening ONES" who are awakening more and more. This Awakening can be frightening to the third dimensional ones who have never allowed themselves to remember their own Higher SELF.

However, it is the remembering of their own Higher SELF that will initiate their full awakening to the reason why they chose to take a human earth vessel within this now.

Many of the humans have forgotten, or never even believed, that Gaia was a living being, are slowly, or quickly, beginning to consider that there is something that they were supposed to remember. However, they are not quite yet ready to fully expand their consciousness and sense of SELF within this now.

We say,"within this now" because Gaia has been deeply wounded by many of the current humans who are still lost in their lower frequencies of humanity. Therefore, Gaia is crying out to those who choose to hear Gaias call of "AWAKEN NOW."

In other words, Gaia is calling for Her fifth dimensional beings, many of whom have been "hiding" within the body of their "third dimensional self" that Gaia needs Her humans to remember their higher dimensional expression of SELF that they were when they first landed on planet Earth.

Fortunately, as the lost ones awaken, they will come into constant contact with their higher fourth and fifth dimensional expressions of SELF. They always were that SELF, but they forgot that component of their SELF until it was the NOW for them to AWAKEN!

It is the NOW for them to realize that they are ready to assist the "lost humans" to also awaken. In other words, as the first lost ones AWAKEN, they will remember that they swore to AWAKEN others.

The dark ones who have been ruling the people and, to some extent, the planet, will try to ignore the higher frequency of reality as it will be "very uncomfortable" to them. In fact, the Lost Ones who "suddenly awaken" may be very frightened, have erratic behavior, and may want to be distant from those who are moving through their process of AWAKENING.

At first, the dark/lost ones may seem to be "winning," but these lost/unawakened ones will become frightened by the "Light of the AWAKENED ONES."

Those who have lived within what they see as a "shelter of darkness," have become afraid of the Light. In fact, the Light would appear to the Dark Ones as something that would, and does indeed "hurt them." Imagine if one was lost in a dark cave with very little light and then suddenly came into the bright light.

It would likely frighten them and make it difficult for them to see. Since these lost ones chose to live in darkness, they could not adjust to the Light! Therefore, these dark ones tried to turn off the light.

Hence, the ones who came from Light, could love the Light and follow the Light. In fact, the Light was a component of themselves. Therefore, they did not need to seek out the light from someone or someplace else because it was within them.

When the Light is within, it is a component of those who embrace it. Then, as they embrace the Light, they wish to Share that light with others because they have experienced how the Light has assisted them to remember their own Higher Dimensional SELF!

And many did not want that darkness.

However, those of the Light are happy to share their Light!

And many are happy to accept it!

"But where is the Light," we hear you ask.

The answer is that the LIGHT is who you ARE within the NOW of the ONE!

To your Higher SELF whom you have always been

But may have temporarily forgot. 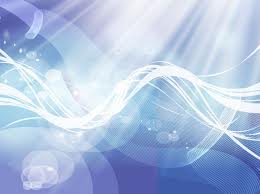