THANK YOU ALL FOR PUBLICLY AFFIRMING
YOUR READINESS TO ASCEND!! 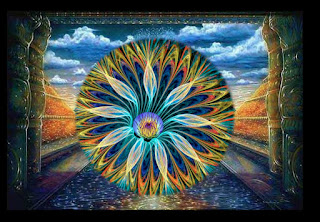 
I AM your Past/Future Ascended SELF,
and I AM HERE within you NOW!

You journey Home has begun, while it is also completed. You are Home for your have never left. You have moved beyond the illusion of the third dimension because you were never there. Always and forever you/I sparkle within the Heart of the ONE. We are standing before the great holographic projector that streams its molecules of possibility into the illusions of that which you once believed was real.

Now, as you remember that YOU were never the Play, as you were only IN the Play, you can turn around inside your earthen vessel and see the steady stream of light that is being projected down from the holographic projector and into the matrix for your 3D Game of physical, polarized reality.

As you know, that Game is closing. Now, it is time to go inside to see the molecules of unconditional love, which have congealed into the sacred geometry that created Gaia’s ornate creation for existence. The ONE is quite pleased with the outcome of this Game, as it appears to have returned to its highest expression of completion. In other words, the Game is completing it cycle not in destruction but in ascension and construction of a higher frequency version of itself.

Just as you once pulled into the lower frequency version of this Game, you can turn inside to Know that the higher reality that you have dreamed of, yearned for, desired with the core of your heart is pulling you into its matrix. I, your Past SELF, will now remind you of how you first joined this Game.

Of course, it is difficult to use your 3D language to tell you a story that is beyond time and separation. Therefore we will use the metaphors of Light Language. Within the ever-present ONE, your consciousness streamed into and out of myriad experiences of realities. As experienced through Light Language, reality is a collection of possibilities that have inter-twined and congealed into a pattern of energetic flow of multidimensional light and unconditional love.

The multidimensional light is projected from the Omni-direction of the ONE to create a hub from which the “spinning” of the net of possibilities can begin. The creative force of unconditional love, which can express itself as Sacred Geometry, accomplishes this spinning of possibilities into a finite pattern. The pattern, or matrix, is a cohesive force, which beckons consciousness to connect to it.

Once a stream of consciousness has attached its attention and intends to join that pattern, it is pulled into the matrix to merge with the creation and manifestation of that reality. Outside of the reality matrix there is no time or sense of separation. Inside the reality matrix is the collection of possible realities that are converging to create a reality based on the patterns of possibility that have entered it.

The lower frequency patterns create realities based on time and space, whereas the fifth dimensional and beyond realities are based on Now and Here. As your Past Self, I decided to joined my heart force with the reality matrix of physical Earth to experience time and space. I joined this reality many times in differing time periods to experience the myriad patterns of Gaia’s reality.

Gaia has held a reality matrix for many millions of your years. I chose to enter Her matrix during many time segments ann as many different species. My ongoing, and closing, experience of Gaia’s Matrix is of a human “earthling.” In my/your current version, we are still earthlings. We have not yet “taken to the skies” to create a new life, such as we did in our Draconian, Arcturian, Pleiadian, Sirian and other inhabitants of the  diverse and ever-expanding story of Gaia’s reality matrix.

Once Gaia’s matrix was joined, there were vast storylines and time zones to be visited. It is much like going on your Internet or watching your YouTube. I began in one “time zone,” which was linked to Her many other time zones. Through my many visits to Gaia’s vast reality pattern I have become very attached to this vast Being call Earth. Yes, what began as a pattern of possibilities congealed into a magnificent, Multidimensional Being.

I bring you now into what you would perceive as our Future SELF. In my introduction I said “Past/Future Ascended SELF” as you/I/we resonate to frequencies far beyond those of the time-bound patterns of the physical reality matrixes. Therefore, as your “Future SELF, I will remind you how we have already chosen to look within to follow the stream of light back into our true origins in ONE.

We have had several solo ascensions within our myriad visits to Gaia’s reality, but now we do not return alone. Now, we enter to this stream with Gaia’s Earth body in tow. Within the same moment of the NOW, Earth is pulling you, and all Her inhabitants, as She makes Her return trip into Her higher frequency realities. This return has been in process for many of your years, but it is now reaching its critical mass.

In order to initiate a frequency shift of an entire planetary matrix, there must be immense dedication and unity of those currently logged in to that matrix. Fortunately, that dedication and unity has been achieved. Now, it is vital that all participants in this process of shifting the matrix into a higher frequency turn inward to consciously perceive the unconditional love-light and multidimensional light streaming into Gaia’s reality matrix. Your conscious perception of the light and love that once created your reality is the KEY to returning your reality to it expressions in the fifth dimension and beyond.

When you look inside to see the flow of multidimensional light and unconditional love, you will also see the patterns of the matrix and the sacred geometry that created that matrix. Trust your imagination, for we KNOW that you have perceived these patterns, as we are YOU. Sometimes the patterns come in multidimensional light, other times there are unique tones that resonate to your every thought, other times your High Heart and/or physical form perceive a feeling with is something like a “fulfillment of longing.”

It is especially important to go inside to follow the FEEL of the fulfillment of your longing. Partially, it is important because your choice to attend to your heart and body in this fashion validates the unconditional love that you have been able to integrate into your consciousness. It is also important to follow of the feeling of fulfillment, as it will carry you to – yes – FULFILLMENT. Do no worry about the work that you do in the matrix, for as you live inside your SELF, your everyday DOING will become the expression of your Multidimensional BEING.

Therefore, practice perceiving your inner world as you walk through the physical matrix of ascending Gaia. Imprint your inner light and love on every person, place, situation or thing that you encounter. We know that this act seems far too simple to be important, but isn’t the TRUTH always simple? As you remember to remember to live your life in this fashion, you will serve as an Opened Portal of Ascension. It is through this Portal the higher-frequency possible realities can enter Gaia’s ever-changing matrix. Through the Opened Portal of your ascending earth body, you will send streams of higher frequency possibilities, which can intermingle with your area of influence.

What Flows through you touches the land with your every step, every person, animal, plant, insect is influenced by your Flow as you move past them. As you breathe, your Flow of influence travels into the atmosphere, and as you dream and/or meditate your Flow influences the fourth dimension and beyond. Ascending Earth is not an action; it is a state of consciousness that you contribute to your reality with your every word, thought, emotion and breath.

In other words, ascension is not an action. Ascension is a RESPONSIBILITY!

I, your Past/Future SELF,
know that you have accepted this responsibility

because I AM your Present SELF
in the process of ascension.
Posted by Suzanne Lie at 1:06 PM