Where are we going? AND How will we get there?

Where are we going and
How will we get there? 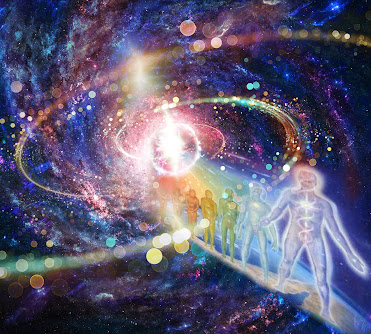 There are more and more changes that are appearing in our lives that are coming in faster and faster. But is it really "faster," or is it just that it seems to be faster because it is new and different. Of course, this new and different can only be seen if we look FOR it, and/or look at it.

Within this time of the "great unknown" humanity MUST remember that the Planet, dear Gaia, is their HOME and if they do not care for their MOTHER/HOME--WHERE WILL THEY LIVE??

Then, besides "Where are THEY going and How will we get there?" is the next question, or is it a doubt, do we have a choice?

More and more humans on Gaia's Earth now realize that something is happening, and it does not seem like a good "something."  Many securities that were once comforting, like clear air and clean oceans that will survive for many, many, decades, are now gone.

Watch a few of David Attenbury's shows and you will see the many, many, many ways in which humans have "NOT cared for their planet!!"

We must all ask ourselves, Where are we going?

Then we must ask, Where are we NOW?

We, the members of Earth, must ask...

Gaia is a loving name for planet Earth. The people that named Gaia, in the same manner that they would name a living being, realized that planet Earth was not just a big round rock.

In fact they realized that Gaia is a living being.

Fortunately, many humans have come to understand that a planet, such as Earth, was named Gaia to assist humanity to realize that Earth is a living being and will need to be cared for and loved by the humans in the same way that they would--hopefully--love and care for their human family.

Unfortunately, too many humans could only think of themselves and only wanted fame, and things, that would make them feel important.

Unfortunately, these "lost ones" could  NOT think of our planet Earth,  who is lovingly known as Gaia, as a living, alive being.

All living beings need to be cared for, loved, protected and honored!

Unfortunately far, far, far, too many humans have only thought of Gaia as a

"thing," a "big rock," that humans can harm whenever, and however they wish!

These humans can easily, and greedily, harm this "big rock" so that they can find a way to

make money off of it, and destroy it, because they have NO sense that Gaia is  planet of

Therefore maybe, just maybe, Gaia too is a living being!!

(P. S. Did these selfish humans ever think that if they destroyed Gaia

WHERE would THEY live???

IT IS THE NOW FOR HUMANITY TO LOVE, HEAL, AND PROTECT