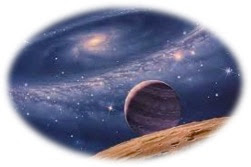 It is the NOW for the Awakened Ones,

to awaken those humans who are still asleep.

By “ sleep" we mean that there are still too many humans who do not know about and/or believe that there are higher dimensional beings that live in the higher frequencies of reality.

Of course, many humans still have no idea at all that there are different frequencies of reality. In fact, many, if not most, humans on Gaia’s Earth within this NOW, have no idea that there are Galactic Beings who exist in the higher frequencies of the reality that encircles dear Planet Earth, whom we often call "Mother Gaia,” or “Mother Earth.” Unfortunately, there are still far too may humans who do not think of planet Earth as a living being. In fact they think of Earth as a big rock that somehow has been the home world for many third dimensional versions of reality.

The humans did not remember that long ago they had come to Gaia to assist her because there were too many lower dimensional beings,(mostly what was known as humans) that were pulling down the frequency rate of planet Earth from the higher frequencies and down into the third dimensional frequency and even below. It was then that the Galactic Beings from the surrounding planets came to Gaia to take incarnation on Gaia to assist with raising the frequency of reality back into the higher dimensions. In fact, many of those Galactic Beings have been assisting Gaia to make Her transitions from the third dimension and into the fifth dimension.

As you can imagine, the raising of the frequency of Gaia has taken more “time” than humans could imagine. Fortunately, many Galactic Societies, which are societies that resonate to the higher frequencies of reality,  have been sending higher dimensional beings who look much like Gaia’s “humans” to assist what is known to most humans as EARTH so that Gaia and begin her Ascension process to change the resonant frequency of Gaia from the third dimension and into the fourth, fifth and even higher dimensions of reality!

Beings who have looked like humans, many of whom have taken many life times on Earth, are eagerly and happily

WELCOMING YOU ALL TO GAIA’S HIGHER FREQUENCY OF REALITY!!