Living in the NOW

What does it mean to Live in the NOW? 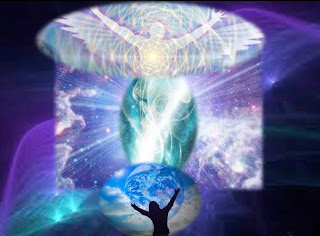 Living in the NOW is something that many people have trouble doing. After all, there is always so much to handle from their past that may be needed to be cleared, and/or finding a way to handle the future, which is too often unknown!

Of course, people can learn, or maybe even remember, how to focus on what is happening right NOW. However, it is more likely that they will be looking ahead to find that important something so that they can feel like they are the one who is leading their life.

Fortunately, many human have had the luck, or "good karma?" to assist them to remember that they do have higher expressions of them selves.

These "higher expressions of self" may be the result of a happy childhood, success and love in their lives, and/or the ability to "keep on keeping on" until they feel their innate ability to go "deep inside and high above" so that they can look into their Higher SELF and connect that their third dimensional SELF.

Most people do not think of their lives as a "third dimensional life on Earth" because they have no memory of their own "fourth, fifth, and even higher dimensions" of their true Multidimensional SELF.

There are many people, and more and more each day, that are able to have a quick blink of a Starship, a dream that reminds them that they are MORE than just third dimensional, as well as some real experiences of seeing a Starship, or even "dreaming of," and remembering the higher dimensional expressions of their Earth Vessel.

Of course, their earthly expression of self, which usually only resonates to the third and hopefully, the fourth dimensions of reality, is unaware that there is something happening around and within them selves that feels VERY new and VERY powerful.

But what do these "awakening" humans allow themselves to believe that which they have experienced? Will others laugh at them, or think that they are crazy?

The answer to that question is YES. However, as more and more third dimensional humans (and even Galactic) are awakening to  the new energy patterns that are new to the humans, but VERY familiar to the Galactics who have come to Earth to prepare the humans to awaken to their true Higher Dimensional SELF.

These beings who have come to Earth and got lost in the third dimension are all beginning to "awaken" because Gaia, their Planetary Mother, is also "waking up" to the slowing, but persistently awakening of the feelings, memories, dreams, and "imaginations" that there are Higher Dimensional Beings coming to Earth NOW to assist humanity to REMEMBER THEIR TRUE SELF!

As you finish this article, check out the Internet and all the movies, books, shows, and gatherings in which more and more people are enjoying the FEEL of the higher frequencies of the Starships and their unseen in habitants as they dream about them, see them, read about them, and, may even be lucky enough to see one or two of them as they soar far, far, and above! 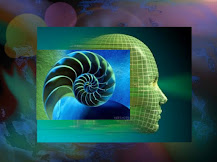