ON THE EDGE OF
The Next Higher Frequency of Reality 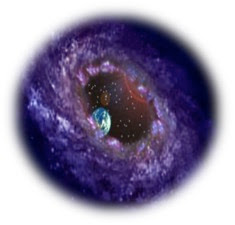 More and more of you are starting to see yourselves standing on “THE EDGE.”

You will not know what you are “at the edge of” until you are there.
The reason for this is that:

“The EDGE is when you can perceive yourselves at the edge of what you are
releasing and transmuting into the EDGE of Your
next higher Frequency of Reality.

Unfortunately, there are still humans who have not yet remembered the promise they made before their incarnation on Earth. This promise was to assist Gaia with Her Planetary Ascension. Fortunately, more and more humans are beginning to remember that they took this body on Earth to fulfill a promise to assist Gaia.

They made this promise to Gaia from the safety of their fifth dimensional Homeworld, or Starship. Therefore, many of them were surprised to see how damaged Gaia had become and how this damage was getting worse rather than better.

In fact, our Galactic Family (of whom many of you are members) has been awakening more and more of our volunteers to Earth. When a “volunteer” comes to Earth, they are often shocked by the grave damage done to dear Gaia and the lies and illusions that are too often used in order to have “power over” others.

Fortunately, when our volunteers to Gaia fully awaken to their chosen mission, they will begin the process of telling, showing, and living the TRUTH of your true Galactic SELF who bravely volunteered to assist with the Great Awakening.

This Great Awakening is much like your “Fairy Tale” about Sleeping Beauty. Sleeping Beauty was fully aware of the TRUTH. Therefore, the forces of darkness put Sleeping Beauty, as well as her entire Castle, asleep until she was awakened, when she received her first kiss of Unconditional Love.

Third dimensional love can be difficult, temporary, and far too ungrounded. Therefore, this “gift of love” was NOT present to assist the “sleeping ones,” but to awaken to a new reality based on Unconditional Love, which is LOVE that has NO conditions.

By awakened humans, we mean humans who have activated to the inner frequency of the higher third and fourth  dimensional frequencies of their Heart/Mind. Your Heart/Mind connection allows you to perceive and accept the “Edge of the Fifth dimensional energy fields,” which are growing larger and stronger every day.

Therefore, what we mean as “The Edge,” is the “edge of humanity awakening into the NEW Fifth dimensional Operating Systems.” Then, just as you are updating the operating systems of their computers, phones and other means of communication, you are “updating your Heart/Mind to prepare for the transmutation back to your innate fifth dimensional resonance.

With the merging of heart and mind, and the update to fifth dimensional energy fields,  the awakened ones can more easily communicate with humans who are preparing for, or entering, their “Return to SELF. This return to SELF begins in a manner that is not bound by the constraints of third dimensional time and space.

As an awakened, or awakening human, becomes more and more aware of the truth that they have learned/remembered by attending to the “inner feeling of truth,” as well as great sense of Unconditional Love and Clear Inner Directions that occurs when one’s Heart and Mind merge into ONE.

When the Heart and Mind can intermingle and merge one’s thoughts and emotions, the human brain begins a cycle of “transmutation.” Transmutation is more than just change. Transmutation means that the frequency of that thought, feeling, memory etc. has been “transmuted” to resonate to a fifth dimensional energy field.

This transmutation begins with the merging of Heart and Mind, which will activate your new, fifth dimensional Operating System. This “new operating system” is not new to those who have awakened and/or remember their “Inter-dimensional Communication” skills.

This “skill” of Inter-dimensional Communication is what allows the grounded third dimensional ones to perceive and communicate with their true fifth dimensional SELF, who will “over light” them during their third/fourth dimensional mission to awaken all humanity.

Many cruel attacks have been made on Gaia’s planetary body so that the rich could become richer and the "power over" ones became stronger and stronger. These brave fifth dimensional family members came to Gaia to assist to awaken and communicate with their friends and family who had bravely chosen to take a physical form during this transmutational NOW of Gaia.

Gaia is ready to begin Her “Planetary Ascension Process.” However, Gaia does not want to desert her third dimensional beings that inhabit Her Planetary Form. Therefore, she is calling ALL her life forms to remind them that:

“IT IS THE NOW to fully awaken to your true, Multidimensional SELF.”

Your true Multidimensional SELF is not bound by your third and/or fourth dimensional limitations and duties. The job that “makes you money” is not as important as the job that
“assists with planetary ascension.” Of course, many humans need to “make money” to take care of their loved ones.

As you all remember more about your true, Multidimensional SELF, you remember more of the lessons that you have learned on Earth, as well as on other planets. As you remember your “inter-dimensional” experiences, you can better assist Gaia as She begins to initiate Her “Return to the Fifth Dimension.”

As you “stand on the EDGE” of great change, you will begin to have dreams, imaginations, memories and physical experiences in which YOU are the “Leader of YOUR Reality.” However, your awakening fifth dimensional frequency of SELF has not taken an earth vessel to assist your human self, as that would a desire for your personal self.

Yes, you must have your personal needs to be fulfilled so that you can clear out the old third dimensional limitations and move into the fourth dimensional frequencies of “finding the edge” of who you have been and who you now remember that you have vowed to become.

Of course, the first part of this process is to remember the Multidimensional SELF that you chose to leave in the fifth dimension to serve as a guide and a mentor to the frequency of YOU that is wearing a third dimensional body and a fourth dimensional aura.

However, whenever you are able to expand your consciousness into the fifth dimensional frequency of the HERE and NOW, you will not be as easily distracted from your higher dimensional mission.

In this manner, both person and Planet serve as living portals through which the fifth dimensional frequency of energy fields can flow into and merge with planet Earth.  Yes, the humans often serve the honored role of being “Portal Openers.”

Portal Openers serve both from the Ships in outer space and from the human liaisons who are living on Gaia’s third/fourth dimensional planet. In fact, many from Earth visit our Ships during their sleep and/or meditation.

It is from the innate dedication of your physical and galactic SELF that you are dedicating yourselves to assist dear Gaia to fulfill Her Mission. Some of Gaia’s Missions are known to humans and some are unknown to humans.  Sometimes it is safer for the humans to not know what is occurring.

However, there are those who serve Gaia both from home on Earth, as well as from their galactic homes in Gaia’s distant skies. Either way, YOU, as well as many others who may or may not be aware of the fact that they are guiding dear Gaia back into Her innate higher fourth and fifth dimensional energy fields.

As Gaia enters these higher energy fields, life on Earth will become more “on the edge of change,” but  also “in the process of transmutation into higher frequencies of reality.”

We the Arcturians, as well as the Pleiadians, are HERE with you

If you call us, we will answer!
Blessings from your Galactic Family