A Journey into our Past--the Arcturians through Sue Lie

Here is a message from the past. How has your life changed since 5-24-15? As you read this message look at how you have changed since. Sometimes we need to look into our past to better understand our present.

A Journey into our Past 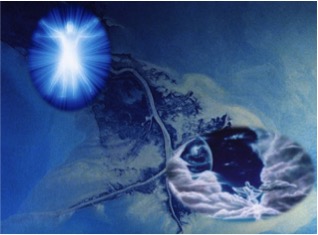 The Arcturians
Dear Arcturians,
Can you tell us some more what is happening within THIS NOW?

Dearest Ones,
We answer you and all who read this transmission. YES, something that IS happening to ALL OF YOU. Everyone is receiving the higher frequencies of energy that are moving into and through your bodies in a strange trans-mutational manner.

You might say that the protective cover of the lower dimensional energy field that was placed around your bodies at birth is beginning to fall away. No one knows about this protective cover, as it a natural component of your physical anatomy.

However, your anatomy is transmuting from the physical, third-dimensional frequency that you have always known, to a slightly higher frequency, which you may call etheric. However, since you experience most of the world in relation to your perception of the world, you may not realize this shift because the world is shifting right along with you.

Now, this is where our term “all of you” changes. Not all of you, meaning humanity as a whole, will have this same experience. Furthermore, all of you will NOT have this experience within the same NOW. Therefore, we speak initially to our volunteers who took a physical form to assist Gaia.

You, our volunteers to wear human bodies comprised of the same elements as Gaia’s planetary body, took these forms because you volunteered to live in “entrainment” with Gaia. When you live in entrainment with the planet, as you transmute the elements of your own human body into a higher frequency, you assist Gaia to transmute Her planetary body into a higher frequency.

Just as it would initially be slow to make a long-standing stone move from the location it has occupied for a long “time,” it is slow to begin the momentum of your body’s recalibration of core frequency. We say “core frequency” because this shift begins from within the core of your spine and slowing works its way out into the periphery of your body.

Many of you have been feeling your Kundalini awakening within the core your spine for quite a bit of your time. Now, that sensation is beginning to flow up and down your spine, and you are feeling it in your entire body. However, your third-dimensional brain is not calibrated to receive this information.

If you expand your consciousness into alpha waves, fourth-dimensional consciousness, you will feel a tingling sensation in your body, along with a buzzing sound in your ears that seems to be louder every day. That sound appears to be “buzzing” because your third dimensional brain cannot translate the sounds of this higher dimensional reality.

For example, you may hear an 8,000 Hz message, but there will be no “tone” to it. Your 3D hearing will likely experience this frequency as a buzzing noise. However, many of the children of your NOW are born with the ability to calibrate their attention to higher frequencies so that they can consciously perceive them.

When your consciousness resonates to alpha waves, you can perceive the fourth dimensional reality, but only if you disengage your third dimensional perceptions. (such as close your eyes) In all your incarnations since the fall of Atlantis, you have been taught to believe that only your 3D, physical perceptions were real.

During the peak of Atlantis and before, the resonant frequency of Gaia was higher. Therefore, humans could easily perceive the fourth dimension while awake in their daily life. After Gaia’s near destruction from the fall of Lemuria and then the fall of Atlantis, the frequency of Earth dropped into the third dimension.

From then on, most humans could only perceive the fourth dimension while their physical body was sleeping or during meditation. The reason for this change in that perception is because the manner in which one attaches their form to any given reality is to align their consciousness with the frequency of that reality. For example, there is a fifth dimension version of Earth, but you can only perceive it when your consciousness is calibrated to the fifth dimension.

Furthermore, because you have the “habit” and “belief” that “only the physical world is real” your 3D brain interprets your experiences on fifth dimensional Earth as “your imagination” or a “dream.”

The advantage of meditation is that you can document what occurred during or shortly after you return to your third dimensional consciousness. Therefore, even though you will likely forget what occurred while in the higher states of your meditation, you will have “proof” that you experienced it.

Of course, you can document your dreams, which is quite helpful. However, you have to wake up right after the dream or you will likely forget it while your 3D brain focuses on the physical world.

Throughout your “time,” there have been many “psychics” who could perceive the higher worlds. Unfortunately, for much of the “time” between the fall of Atlantis and your current NOW, the consensus reality did not believe that these people were legitimate.

Humans who could consciously experience the higher dimensions were often labeled with derogatory names and often punished or killed. The dark forces of humanity that ruled for many years after the fall of Atlantis, could only perceive the third dimension because their consciousness was so low.

The dark human worshiped the beings of the lower dimensional astral plane because these beings resonated to a slightly higher dimension than they did. These lower astral beings could easily perceive the third dimensional dark ones and sought to join forces with them.

These “undead” astral beings could enter into the bodies and/or consciousness of humans who perceived them and allowed their attention to merging with the energy field of the lower astral plane. These dark astral beings could change shapes, which greatly impressed the dark humans, and tell them information about the physical world.

The dark ones did not realize that the lower astral beings were just energy packages that were first developed on the third dimension. They did not know that if no one fed that dark energy package, the package died. They only knew that when they worshiped these dark entities that they could gain a certain amount of control over their third dimensional world.

When these “power over others” humans died, they entered the collective of ALL the dark, cruel, lower astral beings that resonated to the lowest frequency of Gaia’s aura. Over many eons of cruelty, war, torture, and suffering, Gaia’s lower astral field became dense with these the cruel ones.

This lower astral plane was NOT filled with Devils created by God, but with Devils created by humanity. However, the dark rulers told the uneducated, vulnerable people that God had created these Devils that would create great harm to them and their families if they did not obey. Since these dark rulers had become leaders in their community or even in their church, the people began to believe that power over others was a good way to be a leader.

What is occurring within this NOW is that the pendulum has begun to swing away from the polarity of darkness and into the polarity of light. The difficult part of a polarized, third dimensional reality is that it can remain in the darkness a long “time.”

The wonderful part of a polarized, third dimensional reality is that it will eventually return to the Light. One of the main turning points began in August of 1987 with the Harmonic Conversion.

The main reason why the Harmonic Conversion became a turning point was that so many humans came together to meditate for love, peace, and light that they created a shift in the third dimensional consensus reality.

It also marked the beginning of the demise of the dark ones. We know that the decades from late 1980s into your NOW seemed like forever for those who have lived through the “who do you trust” propaganda.

Your higher self will keep you anchored in the higher dimensions, as well as provide you with a safe frequency in which you can relax. Because greed, darkness, wars, and lies have ruled your world for so long, it is easy for you to become impatient.

Please remember that impatience is a form of fear that can lower your consciousness. Because you perceive the realities that resonate to the frequency of your state of consciousness, be sure to keep your consciousness within the upper fourth and fifth dimensions.

Then, if you become temporarily lost in the fears and darkness of the past, your own Higher SELF will assist you to remain in constant contact with the unconditional love and multidimensional light of the higher dimensions.

If you only have thoughts of how difficult life is, your 3D brains will seek out perceptions that prove those thoughts. In this case, your thoughts and perceptions will prove to you that the world is a dark and frightening place.

On the other hand, if you believe that life is good and that every day your world is doing its best to create a better reality, your brain will tell your perceptions to seek out proof that the world is good and is getting better every day.

We hope that you can now better understand how YOU are the creator of your reality? All that you can conceive exists, but you will only perceive it if you believe it. Furthermore, if you believe that something exists, your third dimensional brain, or your multidimensional mind, will assist you to experience that which you could not perceive before you believed.

Do you remember when you were ONE with your higher dimensional self and chose to “purchase” the adventure of a third dimensional reality? You believed that you could assist Gaia, so you entered this adventure.

Then, it took more incarnations and/or more disappointments that you could count to fulfill your mission. Fortunately, now that you are connecting with your higher dimensional SELF again, you are no longer on the ground floor looking up.

Instead, YOU are in the NOW of the ONE, which gives you constant guidance through the maze if life and ascension beyond the illusions of the third dimension.

Blessings dear Ones,
We are with you within the EVER-PRESENT NOW of the Higher Dimensional Realities.
The Arcturians and your Galactic Family
Posted by Suzanne Lie at 11:20 PM