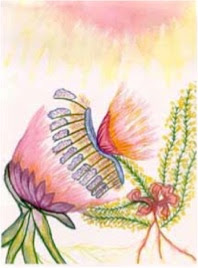 Chapter 26
Living From Your Core

We, the Arcturians, wish to send you this Shipside Transmission of “Preparing for First Contact.” But, first, we wish to thank you for being such loyal Representatives for grounding the higher light into your Core, as well as in the Core of Gaia.

We begin this message by reminding you that as you move more and more into the frequency of the fifth dimension, the rule of, “What you think about, you bring about,” becomes increasingly powerful. Your third dimensional life has taught you to “listen to others and gather your guidance from outside and/or above your self.”

It is the NOW for you to realize that YOU are the creator of your reality. We are fully aware of the massive challenge that it is the BE the Master of your Thoughts and Emotions.

Fear has always been the major tool of darkness because it lowers the consciousness of the ones who experience it. Then, because of their lower state of consciousness, they are more easily pulled deeper and deeper into the 3D Matrix.

The 3D Matrix is ruled by time, polarities, and “power OVER others.” However, these third dimensional expressions of reality do not adhere to a fifth dimensional state of consciousness.

Fear, polarities and power-over others are like viruses that you can “catch” when you go “out into the cold night” without the warmth of your own inner light. Your own INNER, inter-dimensional SELF serves as the protection from the OUTER “darkness” that is trying to sweep through your third and lower fourth dimensional realities.

We say, “trying to sweep through” because third dimensional darkness is bound to the lower frequencies of the third and fourth dimensions. Just as you may not see a fish in the sky or a bird in the water, you will not see one who is ruled by darkness living in the light. However, some fish do fly and some birds do swim. Therefore, please remember that it is never too late for one who has become trapped in the darkness to find their way into the light.

These are the ones who came to Earth long before the fall of Atlantis with the intention of gaining “power over” the earliest humans by genetically engineering them to serve as their minions.

However, because of these polarities, your earthly thinking can easily fall into “the good ones did this,” and “the bad ones did that,” as Gaia’s 3D Matrix separates the “good ones” and “bad ones.”

It is also helpful that Gaia’s core, has been fifth dimensional since the ascended Lemurians, and later the ascended Atlantians, decided to create their “New World” in the core of Gaia. Most planets maintain their highest resonance of life within their planetary Core.

Gaia was once surrounded by a protective mantel, so Her planetary inhabitants could safely live on the outer surface of Earth. Unfortunately, that Mantel was destroyed early in Earth’s history. Since, then, life has been difficult for your dear planet.

Earth eventually became totally third dimensional, and times were hard not only on Gaia’s land, but in Her water, Her atmosphere, and even the light of the Sun was tainted by Her polluted atmosphere. In fact, pollution increasingly collected on all Her elementals of Earth, Air, Fire and Water. These elementals are the building blocks of all life on Earth, including human life.

As the illusions of separation, hard work, war and “power over others’ filled Gaia’s third dimensional civilizations, the fourth dimension became increasingly tainted by black magic and the dark thoughts and emotions of the “laggards” that Gaia had lovingly allowed another chance to live on Her planet.

These dark ones returned Gaia’s kindness by joining what you now call the Illuminati. The Illuminati is like a computer virus that invades the operating systems of every one who allows their thoughts, emotions, and energy fields to fall into the lower fourth dimension.

Then, because the “virus infected them,” they lost control of their “free will,” which was one of the major benefits of taking an incarnation on Earth. This mental virus of the Illuminati moved into the brain of the effected one and turned off all synapses that are formatted for the purpose of “service to others.”

Unconditional Love is an energy field that resonates to the fifth dimension and beyond. Because of the high resonance of Unconditional Love, those who live within “service to self” are unable to perceive, or even imagine, that such a frequency exists.

They may have read about Unconditional Love in a book, or someone might have told them about it, but because of their great arrogance, they could not even begin to imagine that anything could be beyond their “power over others.”

These lost ones must hold tightly to the lies they have been taught and to the illusions they have created to hide their dark deeds. One might think they must hide in this manner because they are so evil.

The truth is, they must hide from the truth because they ALL, even the darkest of the dark, have a spark of Unconditional Love within the core of their Three Fold Flame within their High Heart.

“How can they have a High Heart?” you may ask. The answer is because they have chosen to wear a human form, and all human forms have chakras and High Hearts. It is built into the operating system of the physical form.

Therefore, if the dark ones are to wear a physical form, they must suffer the constant “pull of conscience” that hides within the ATMA of their High Heart, which holds their personal portal of Unconditional Love.

Unconditional Love serves as a portal of light that connects humanity to the higher dimensions. It is this connection that allows the zygote to become a fetus, the fetus to become a human, and the human to be born from the mother and into the third dimensional world.

This memory is kept alive in their conscious mind via the Unconditional Love within their High Heart. “How can the memory of the Lower Astral Plane be stored in the High Heart?” you may ask.

“That is impossible!” we hear you say.

“Yes, it is impossible if you try to attempt this self-healing while in third/fourth dimensional state of consciousness.”

“Wait a minute,” we hear you argue. “How can we heal our self within the state of the fifth dimensional consciousness when we can only remember how to perceive the third/fourth dimension?”

“The answer to this question, dear Ones, is that if you expand your consciousness to the highest frequency portions of your third/fourth dimensional thoughts and emotions and say… “I AM HERE in Service to Gaia,” you will begin to consciously recognize, remember and accept the promise and responsibility that you accepted before you took this incarnation.

The acceptance of your pre-birth promise, as well as the acceptance of the responsibility that this promise holds, you will feel so strong within your SELF that you will be able to “LET GO” of lower dimensional encumbrances and accept the inflow of Unconditional Love and Higher Dimensional Light.

Hence, this love and light must enter into your innocent child and slowly progress through your awareness until it gently caresses the conscious awareness of your adult. Then one day, or one moment, you will consciously experience the Light and Love that you promised yourself before you took this incarnation.

Do NOT break this promise from your SELF to your self. Instead, we ask you to remember that the gift of Unconditional Love and Higher Light is your birthright.

Because you asked for this gift before you took this incarnation, you have unconsciously told your self that you deserve this gift as your birthright. Please be kind and patient with your self. Life on third dimensional Earth during your era of “time/space” has been very difficult and unbelievably cruel.

Many of our beloved “Volunteers to Earth” have been broken down by the cruelty of your era and have lost connection with their SELF. The many challenges of just surviving within the “darkest night that is just before dawn” has been difficult for all of our brave ones who have volunteered to take an earth vessel.

Yes, dear volunteers to assist dear Gaia and Her inhabitants, you are NOW within the “darkest night just before dawn.” Most important is that YOU remember that you are, also, the Heralds of that DAWN.

As you release the lies that have hidden you from your real SELF, your innate inner Lightbody will begin to awaken and slowly rise up your Kundalini. In other words, the “mystical marriage” of Lady Shakti and Lord Shiva will commence. Then, the force of your rising Kundalini will guide Lady Shiva to her Mystical Marriage with Lord Shiva in your Temple of Inner Light.

As this marriage re-unites and merges the energy fields of all your Chakra Systems, your innate Power Within from your Root Chakra to your Crown Chakra will begin its process of awakening into your daily life.

As you feel the energy fields of your body begin to shift and sway, you will more easily “Fall into the Flow” of your fifth dimensional Life Force, as it seeks its reunion with the fifth dimensional light that is increasingly entering the atmosphere of Gaia.

The more deeply you are grounded within the fifth dimensional Core of Gaia, the more you will consciously perceive the Higher Light, and the more “Awake and Aware” you will be of your ongoing process of “Returning to your SELF.”

As you progress within your “return to SELF,” you will have more “peak experiences,” your dreams will become more vivid, and your imagination will guide you deeper and deeper into the fifth dimensional energy fields.

If you take a moment of your 3D time/space to recognize that YOU have reached the next octave of ‘self recognition,’ your consciousness will begin its expansion from the higher fourth and into the fifth dimension.

If you wish to “plug in this moment to better remember it,” be sure to share your gift of Higher Light with Gaia and with ALL Life on the body of Her Earth. Since the operating system for the third/fourth dimension is based on space/time you will need to repeat your “marriage” until you return to your NOW of the fifth dimension.

You will exist within the HERE of the NOW in which there is NO time and NO space.

Nevertheless, your Earth Vessel is/was bound by time/space and could not even imagine that the higher dimensional being to whom it called for guidance, understanding and love was a higher frequency of your self.

Hence, we ask that you send the Higher Light and Unconditional Love to the Illuminati. Some will ignore it, but more and more of them are accepting your free gift of light and love.
Why are they doing so?
Because they are just as tired of the darkness, just as you are!

It is the NOW

Blessings from the Arcturians

MERGING WITH YOUR FIFTH DIMENSIONAL SELF