Releasing Illusion to BE an Emissary of Light through Suzanne Lie

Releasing Illusion to BE an “Emissary of Light” 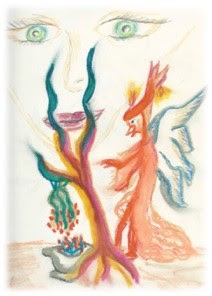 Blessings, We are the Arcturians,
Being an emissary of light means that you share the light. However, you can’t share what you don’t have. Hence, you need to have the light in order to share the light.

We know that all our representatives to Gaia have been sharing their light freely and lovingly. However, just as your computer goes through an upgrade to function in a more efficient manner, YOU, our grounded ones are also going through an upgrade.

This upgrade is similar to when you get a notice that you need to upgrade your computer. As you know, you need to close all the windows, and leave the computer alone while it upgrades itself.
Now, there’s yet another upgrade that YOU are ready to receive.

Hence, YOU can’t do too many things while you are upgrading. Therefore, you have to close all your windows to your outer world, and allow your inner world to accept the “higher frequency upgrade.”

Just as you just have to leave your computer alone while it has its “upgrade,” YOU may find that you wish to be alone and/or with only your most special people. Then, when you feel as though the upgrade is completed, you will need to “re-start” your self.


But, you have to remember your password to get back into your “computer.” However, your upgrade has changed you, and you may wish to change your password. The “password” for your computer protects your information from those that you do not wish to share your most intimate information.

Now, with your latest upgrade, you are accepting, integrating, and hopefully sharing a higher dimensional frequency of light. So our analogy of upgrading into your higher light is much like a butterfly changing from a caterpillar to a butterfly, or maybe a dragonfly going through its metamorphosis.

Dear Ones, this upgrade is beyond many of your former upgrades, as you are resonating more and more to your ever-expanding fifth dimensional frequency of “life on planet Earth.” Therefore, more and more of you are going through this major, fifth-dimensional metamorphosis within this NOW.

Therefore, humans will achieve a greater “discernment” of the frequency rates of reality. With an increasingly multidimensional discernment, the illusions of the third dimension will lose their power-over humanity that they once had.

As illusion loses its power, the dark ones who disseminate these illusions will also lose their power. Bit-by-bit and day-by-day, more and more humans are seeing reality through the higher light. In fact, they can also perceive that which does NOT resonate to the higher light.

Illusions that you once held as truths are being perceived from your higher frequency consciousness, which can easily differentiate between a Truth and an illusion.
At first, the recognition of your illusions can be quite disappointing, as illusions are often built to protect your self. The recognition of an illusion can also make you angry, in that you often create illusions in which “everything is fine” because you are not ready to confront this issue.

Then, when the illusion “pops,” you are forced to deal with that which you were trying to avoid. You may also create an illusion and become so wrapped in that illusion that you become frightened or sad when the Truth is revealed.

When an illusion escapes, and you are faced with, not only the illusions, but also the fact that YOU created that illusion, you may discover that the illusion not based on third dimensional reality.

Yes, it is most self-empowering to admit that YOU created your illusions. If someone else created “your” illusions, then that someone else has more power over you than you have power within your self.

Illusions resonate to the frequency of the “3D Matrix” for illusions are representative of “others having power-over you.” Once you admit that YOU are the creator of ALL your illusions, you have taken a major step into the fifth dimension resonance to which only the TRUTH can adhere.

In order for a person, place, situation, or thing to exist within a given resonance of reality, it must match the frequency of that reality. Illusions are a lie that you tell your self.

Therefore, illusions only resonate to the third and lower fourth dimensions in which humans are learning to be the Masters of their own Multidimensional SELF. With the release of illusion, the resonant frequency of that society expands to encompass the fifth dimension.

The “new version” of this reality comes from restructuring that reality to only embrace the fifth dimensional Truths of each NOW. Hence, a fifth dimensional reality is based on Cosmic Truth, which can only adhere to one who resonates to Unconditional Love.

Just as a loving mother would not judge her toddler for falling down or spilling their food, a fifth dimensional reality does NOT judge the illusions of the third/fourth dimensions. The loving mother recognizes that “falling down” is a part of “learning to walk.”

In the same manner, “recognizing and releasing illusion” is a part of “learning to ascend.” As you, our ascending members of Earth, create your new society, you must recognize the old Third-dimensional Operating System because it does NOT work on the higher frequency of reality that is downloading into Gaia at an ever-increasing pace.

This is why so much of your reality has gone into the “chaos before change.” Chaos always precedes change because change is the thing that humans fear more than anything. Thus, when change comes into their reality, they become afraid.

Then, when they become afraid, they become angry, confused, and argumentative, and different people have different reactions. Therefore, WE, the Arcturians and our Galactic Family, are here to assist you. What people need now is a step-by-step process to give them the direction that will alleviate their fear. This process is much like:

As you share these different situations with your friends and leaders, you become friends with the leaders, as well as leaders within your SELF. YOU, the leaders, who are here now, will be the ones the first ones through the chaos.

What humanity needs to do now is let go!
What is the illusion, the primary illusion that YOU need to let go?
Your Multidimensional SELF is the ONE who is receiving your orders from your Higher Frequency SELF.

However, what was once important in your life has now become an anchor that you need to release.
Therefore, our dear leaders, We ask YOU to be the ones to:

The releasing of the illusion is going to be one of the most difficult components of ascension because all of the third dimension is an illusion.

Then, once the primary illusion is released, you will be free of lying to your self.

Join us on Saturday for the first of a 2-part webinar series as we hold in-depth explorations to recognize, identify, and transmute illusion together.

Being Emissaries of Light

All registrants receive a free gift (Valued at $60.00)