A Year On "Topside" Earth -- Message from Sanat Kumara 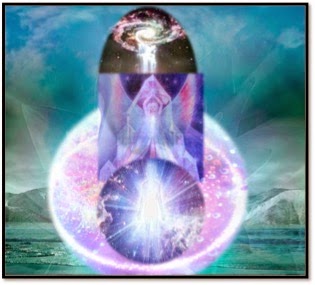 A Year On “Topside” Earth

In this vignette of the soon to be published It Is the NOW, Bk4 of Pleiadian Perspectives on Ascension Sanat Kumara is preparing the galactic volunteers who entered the consciousness of their third dimensional, expressions of SELF to join with the Lemurians to assist Gaia with Her ascension process. This meeting takes place in the Core of Gaia.

SANAT KUMARA SPEAKS:
Beloved Ones, we speak through you as well as to you. We come into your NOW to assist you to remember what you learned on Venus before you took your first incarnations on Earth.

(Explanation: After the fall of Atlantis, which was preceded by the fall of Lemuria, Earth almost fell off its axis. Besides the fact that the planet had experienced two major cataclysms, there was also much more darkness on Gaia’s planet than light. Therefore, Gaia sent out a call to the ONE to please send beings of light to enter Her planet to assist Her in retaining her balance on Her axis.

Many of us came from our higher dimensional homeworld to take an incarnation on Earth to assist the planet. We first went to Venus to lower our resonance so that we could even enter such a low frequency planet and to prepare for our mission.

For more information about this please see Visions from Venus, available as a download for 99cents (for a few more days) as well as in print version at:
http://www.amazon.com/s/ref=nb_sb_noss_1?url=search-alias%3Daps&field-keywords=Visions+from+Venus

All of you who are in this HERE and NOW were among those who answered Gaia’s call at the fall of Atlantis. You were such beings of light that you needed to go to Venus to lower your frequency so that you could step into a form on Gaia’s gravely wounded planet.

It is not important whether or not you remember that journey. What we, Sanat Kumara, call into your remembrance NOW is the service you vowed to give. This service was to remember your SELF throughout myriad incarnations during the long dark night of the Kali Yuga, which you all tried to do. Life after life you tried to remember.

Sometimes you could only remember as a child, and when you ‘played’ on the Earth, you assisted Gaia. You see now that Gaia is a living being and capable of creating any form She pleases.

However, you may not realize how much you helped Gaia by remembering your love for her planetary expression. It was your love of Her planet that assisted Her to heal Her planetary body. As humanity fell deeper and deeper into their separation consciousness they perceived Gaia as a mass of rock that is just a thing.

They were proud that they were no longer so “superstitious” that they thought of the planet as a living being. Besides, if Gaia was a being, she was a female, and females were also treated very badly during the Kali Yuga. In fact, every person, place and thing was treated very poorly and much damage was done to the frequency of Gaia. However, your great light healed that darkness in ways that you were never aware.

Because you loved Gaia, Her land, Her Sea, Her plants, animals, humans and atmosphere, you assisted Gaia to keep her planetary body alive. Now both people and planet have gone through many initiations, and you are both prepared to expand your awareness into your personal and planetary Lightbodies.

I Sanat Kumara, as well as the original 144,000 who long ago came with me to Earth, have returned. We are here NOW to work with the current Planetary Logos, Ascended Master Kuthumi, to assist our dear Gaia’s reunification with Her Multidimensional Planetary SELF.

However, New Earth is by no means uninhabited. Many of the plants and animals that have become “extinct” have actually returned to their innate higher frequency of resonance. You will also be pleased to see that many cetaceans and “ascended humans” also reside on New Earth.

Nevertheless, I ask you not to leave your physical form, but to expand your consciousness back into the fifth dimension to connect with many of your ascended expressions of SELF. Yes, dear humans, most of you here in this NOW have had at least several experiences of ascension. It is because of your previous ascension experiences that you have been chosen among the myriad volunteers to assist Gaia.

You will need to recover the memory of the sensation of transmuting beyond your 3D physical form, through your 4D astral form and into your 5D Lightbody. In order to recover this memory you must release your attachment to third dimensional “modesty.”

According to your third dimensional indoctrination, it is immodest to remember your true, Multidimensional SELF. Hence, many of you will have difficulty releasing all the old limiting emotions and thoughts that bind you to your old manner of storing information. In order to return to who you have always been, you must release old concept of modesty, which are actually versions of “not good enough.”

In order to do so, you will need to release your 3D habits of seeing, hearing, reading and/or sharing information through your third dimensional thoughts and emotions. Instead, you must intimately bond with all life in an experiential manner and allow each inhabitant of Gaia to communicate with you in its own manner.

You will begin this communication not by humanity’s habit of telling, but instead with your Lightbody’s habit of listening. As you deeply listen to the world around you, you will gradually remember how to communicate with all life.

Manly of the “primitive” peoples remembered this communication from their Lemurian ancestors and have enjoyed it for ages. As you learn to communicate with all the members of Gaia’s ecosystem, you will regain your awareness of communicating with the Crystal Kingdom.

Once you can communicate with Gaia’s Crystal Ones, you will be ready to entrain your consciousness with the Core and Cornerstone Crystals so that you can work together to recalibrate Gaia’s baseline frequency of expression.

Gaia has been trapped in the illusion of the third/fourth dimension since the fall of Atlantis and is enthusiastic to return to the multidimensional light and unconditional love of Her true Multidimensional Planet.

Beloved Ones of Earth, I am joyous that you have all so deeply enjoyed our meeting. When this celebration concludes I am sending all of you, Lemurians, Atlantians and “modern day humans,” up to the surface of Gaia’s great body for the period of one Earth year.

If needed, I will create a holographic form for those of you who need a humanoid body that will allow you to fit in with the topside area to which I am sending you. I will make sure that all of you have everything that is necessary to live in comfort for your year on Gaia’s surface.

Within that year that you are topside, you will learn how to talk to all life. As I have said before, your learning to talk to life must begin by learning to listen.

Begin with one element at a time, such as earth, or air, or fire, or water or ether. Please choose whatever order is best for you. Once you have learned to communicate with each element, add one more element at a time.

Finally, you will remember how to listen, talk and communicate with all life. At this point, gather some personal crystals and establish a relationship with them, one-at-a-time.

By the end of the year, which means nothing in the NOW of the ONE, you will return here, and together, we will calibrate the Core and Cornerstone crystals of Gaia.

Are there any questions?