The Beginning of the NEW Beginning

THE BEGINNING OF THE NEW BEGINNING 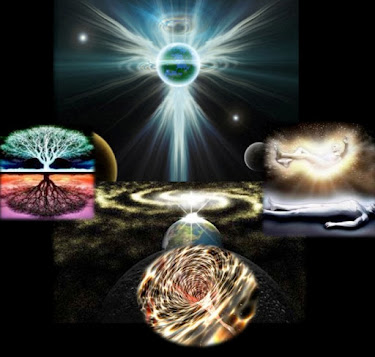 Here we all are at the beginning of a new beginning of that which we are not quite sure will begin. There will be many changes which will activate even more and more changes.

Therefore, It is best if we can be within our selves. In this manner it will be easier to remember that our own Higher Self has chosen to wear a third dimensional Earth Vessel.

And why did our Higher Self make this discussion? The reason is, of course, different for different people, different eras, and different societies.

Then the community has a sense of Oneness as the many choose for themselves to work as ONE group based on Love and Light. Of course, there are many "one groups" with each group having a sense of Unity and Hope.

A sense of Unity builds Hope, and a sense of Hope builds Unity. There have been many changes and challenges within our country lately, which will need to be healed by believing in one's self and believing in those who you choose to trust.

Sometimes the "top" and the "bottom" become confused. In the same manner, sometimes the outer life and the inner life seem to be both trying to find a way to understand and embrace that this NOW of much fear and confusion, could also be the beginning of the NEW and the ending of the OLD.

In fact the old and the new may often stand face to face, but each face, thoughts, and beings are working together in a new manner that is unfamiliar for many people.  In fact, many humans are now having to address that which seems very difficult to remember what they have known from before and, if they can be flexible, what they can alter about the old to assist the acceptance of the new.

It is important in this now that we EXPAND our thoughts and feeling so that we can embrace the new version of reality that is in the long process of merging that which is ready to be released with the courage to allow that release to occur in a calm and peaceful manner.

It has been normal for many of eons in which the humans have lived on the body of dear Gaia, also known as Earth. We, the members of your Galactic Family, are most accustomed to think of the planet Earth as "Gaia," which is the name that planet Earth has known as a loving and dedicated term for Her planetary body.

Yes, Gaia is a living being who has uncountable numbers of inhabitants. Some of these members think of their planetary home as a "thing" which they can take from, disrespect, and even gravely damage. This damage is usually done by the humans who have forgotten, or never considered, that planet Gaia is a living BEING.

Fortunately, more and more humans are beginning to expand their perceptions beyond the limitation of their third dimensional physical body.

When these brave and very wise humans decide to expand their perceptions to include that which their higher self can receive, perceive and influence while they are sleeping, meditating, being creative, and loving to all life, there is a different frequency of reality that that these expanded humans are able to perceive.

However, when one perceives with their innate, but very often unused, fourth and fifth dimensional "brain/heart" they will slowly, or quickly, begin to remember their own innate, Higher Dimensional SELF.

Ones Higher Dimensional SELF did not choose to incarnate on Gaia in order to obtain and/or control Gaia in any manner.  In fact, one's Higher Self resonates to the fifth dimension and beyond. Therefore, that component of SELF no longer is limited to the separation of person and planet.

In fact, that Higher SELF", which some humans have, but have not yet remembered the feeling of being FIFTH DIMENSIONAL!

Just as there are different feeling if one is on a lovely, calm beach on a clear, warm day OR in a crowded space with many upset humans, and/or difficult weather, there is a great difference in ones state of consciousness.

You brain is the machine that allows you to have perceptions and understanding. On the other hand, your state of consciousness is the FEELING that silently guides you to perceive that which is calling you to perceive it.

It may seem that nature beings do not call humans. In fact, only awakened humans who love nature and honor it with all their thoughts and actions are able to communicate with dear Gaia in that manner. Within that manner of communication, one's "thoughts" are often driven by their state of consciousness because ones "consciousness" is thought of by human's as thoughts.

However, ones state of consciousness is a combination of all the conscious, and even unconscious perception that always flow into your awareness. However, much of this awareness is not consciously acknowledging by the heart and brain. Therefore, it is often totally missed and/or forgotten in one's daily life.

However, the human members of Gaia are now moving into an era in which, those who are ready to REMEMBER, will begin to remember  that they can, and will, perceive higher frequencies of reality,    but only if they are READY!

Are YOU ready to Remember?

It is your choice, but it is like a locked door that can only open

if you are READY to see what is inside.

ARE YOU READY TO BEGIN THE NEW BEGINNING?