More and more of humanity is beginning to remember their Galactic Family. Your "Galactic Family" is your higher dimensional expressions of self that resonates to a higher frequency of reality.

However, most humans think of themselves as being "just humans." Fortunately, more  humans are beginning to realize that they are Multidimensional Beings whose consciousness can resonate to the third, the fourth, the fifth and even the sixth dimension.

On the other hand, if you are meditating and allowing your self to think about, and call forth, a fifth dimensional being, or beyond, you may be able to "FEEL" that there is a higher "something" that is near to your third dimensional space on Earth. Also, when one is having a dream, or a higher dimensional mediation, they often can more easily connect with a higher frequency.

Just as humans can have a "dream" that seems to tell them something very important, or a meditation that assists them to remember or to "think in a higher frequency,"they can also choose to believe that there are higher frequencies of reality that have higher frequency participants in that reality.

In fact, if one is able to believe in these "feeling of a higher frequency," document what they have received from these higher beings, and even call forth to ask to communicate with this being, they may be able to start a communication with this being.

Why did they forget? Likely they forgot because knowing this "higher being," made them feel different from all the other humans. Unfortunately, they did not know that there were many, many other humans who knew this higher beings, but they did not want to tell any one because the other people may judge them, or even call them "crazy."

Fortunately, this is when they're or maybe even your, inter-dimensional experiences began to occur more and more often. More and more often you had dreams, or were they memories, of being on a Starship, or of talking with a Being of LIGHT that spoke to the inside of you. From this inside of your self you began to remember your Higher SELF, who was, and is, a frequency of your human self that could remember that you are "not just human!

Then you began to get direct messages such as, "Write down your dreams as soon as you wake up" or, go to a certain place at a certain time, then read something spiritual, and then close your eyes with you fingers on your computer or your pencil on your paper to "await the message that is coming to you from the Higher Frequencies of Reality!

At first you may not know why you feel that it is very important to follow these INNER and HIGHER instructions. However, if you can stay with it, if you can listen to your Inner/Higher SELF and follow The Path of "Your Inner Higher SELF" you will remember that

YOU ARE A MEMBER OF YOUR OWN GALACTIC FAMILY 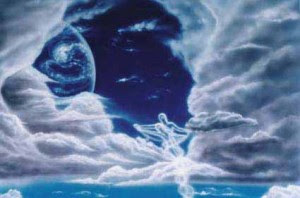