The Third Dimensional Illusion of Reality 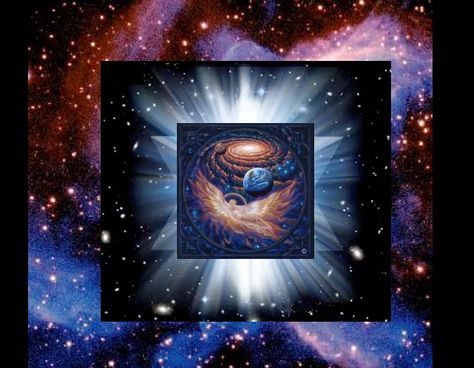 The Arcturians are Asking us to REMEMBER

Dear Arcturians,
We, the human members of Gaia's Planet Earth, are ready to expand our consciousness into higher and higher frequencies of reality. When we say, "human members" we mean the "galactic beings" who have taken a third dimensional earth vessel in order to be able to intimately intermingle with the humans.
We chose to make the great sacrifice of leaving our fifth dimensional and beyond, home worlds and Starships to assist dear Planet Gaia.  We have chosen to assist Gaia as she, the Collective Consciousness of what is known as planet Earth, is NOW ready to prefer for and begin their "Reason for Incarnation" which was to assist dear Gaia to return to the higher dimensional frequencies of there innate "Planetary SELF/"
The Galactics from other planetary worlds such as Arcturus, the Pleiades, Antares and Venus can better assist dear planet Earth, whom they know as Gaia, to remember that she, Gaia, has  chosen to take the great sacrifice of leaving Her innate fifth dimensional, planetary self to resonate to the frequency of the third dimensional planet.
Most of the"human beings" who inhabit Earth within this NOW have forgotten that their innate frequency of perception, interaction, communication is actually fifth dimensional, just as it was when they were on their planetary Home World.  We, the Galactics, are aware that most of our Inter-dimensional and Multi-dimensional Galactic Family, have become lost in the challenges and illusions of Gaia's third dimensional expression of SELF.
Therefore, those who inhabit Gaia within this now often believe that they are only third dimensional beings who are living on a third dimensional planet. Those, who are limited a third dimensional  perceptual field are not, yet, aware that they have a Galactic Family, and that all the life force on Gaia's Earth is moving deeper and deeper into the remembrance of their innate fifth dimensional and beyond frequency of reality.
Ones frequency of reality is based on their unknown choice, to only be aware of their own third dimensional self and their third dimensional reality.  Therefore, many humans live on Gaia with NO idea that there is what we might call, a "Frequency Ladder" of awareness.  Those humans, as well all the beings of Gaia's Earth, have the innate ability to expand their perceptual field to include the fourth dimensional frequency in which their creative is innate an ever expanding.
Fortunately, more and more humans are beginning to expand their awareness of life to include a new, higher dimensional ability to perceive, not  just from their third dimensional self, but to include their innate Multidimensional SELF.
However, unfortunately many, many humans have forgotten their many incarnations on Gaia in which that they have returned to Gaia again and again in order to assist the humans who are still locked into their third dimensional illusions, to begin to awaken to the "inner call" that reminds them again and again, "Please remember your TRUE Multidimensional SELF!"
The biggest  challenge for the humans still locked into third dimensional consciousness is that they have not, and seemingly, cannot remember that they too are Inter-Galactic Beings who came to Gaia to assist Her to ascend, but instead, they became lost in the illusions, hardships, challenges of the frequency of the third dimension that has more and more been overwhelming their memories of "life it the fifth dimension!"
They have become prisoners of the many illusions of a third dimensional reality. However, we, the members of your Galactic Family, are happy to say that more and more third dimensional ones are beginning to expand their perceptual field to encompass higher and higher frequencies of reality.
Fortunately, more and more members of Earth are being exposed, more and more to higher the frequencies of thought, remembrance, vision, hearing, meditations, imagination and communication.
In fact, more and more humans are beginning to remember dreams in which they have come "home" to the higher frequency realities to visit their Galactic Family and Friends. Then, back on 3D Earth, they are watching more and more movies, reading more and more books, and even openly having more and more dreams, visions and memories of another reality that is not just above them, but also WITHIN them.
It is the sensation of have ABOVE  being WITHIN that is getting more and more attention from the awakened and awakening ONES who are beginning to REMEMBER. However, since they are remembering while they are in higher states of consciousness, they usually forget what they KNOW happened until they are ready to embrace a new, higher dimensional frequency of reality.
HOW WILL THEY REMEMBER THEIR OWN HIGHER SELF?
HOW WILL YOU REMEMBER?
How will you remember your own Higher Dimensional SELF?
In fact, how do you remember this SELF right NOW?
Free Meditations at:   http://www.multidimensions.com/free-meditations/
Posted by Suzanne Lie at 8:18 PM