An Inter-dimensional Message from Ascension From Zadkiel - Through Suzanne Lie

10-12-16
An Inter-dimensional Message from Archangel Zadkiel 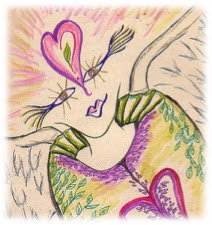 Blessings, I am Zadkiel, here to communicate with you. We wish to tell you that there is what may be “membrane” that encompasses every reality. Yes, there are many realities that are birthing within this NOW of your planetary transition from the third/fourth dimension and into the fifth dimension.

“As it is for the greatest, it is for the least!” Therefore, just as each of your physical organs is encompassed by a membrane (skin around each organ), each person, planet, solar system and galaxy is contained in and protected by a “frequency membrane.”

When any person, place, situation or thing is preparing for the process of ascension from a lower resonant frequency to a higher resonate frequency, the surrounding membrane slowly, or quickly, transmutes into a higher frequency.

The reason why this occurs is that the membrane is the interface between the current resonant frequency and the incoming higher, or lower, frequency of resonance that is about to impinge on that person, place, situation, or thing.

These membranes begin in your etheric body, which resonates to a slightly higher frequency than your skin, and extend into the fifth dimensional resonance of your personal and planetary ascension. The higher dimensional light enters your planetary membrane from the fifth dimension and beyond to allow for a slow and steady download into Gaia’s planetary body.

There are many realities that are simultaneously running on Earth’s third/fourth dimensional matrix. Each of these realities is surrounded by an invisible membrane, which serves to “separate” each reality.

These membranes are multidimensional and assist the gradually step-down of the higher light, which is entering Gaia within the NOW, from the fifth dimension, through the fourth dimension and into the third dimensional matrix.

Within your NOW, your third dimensional matrix, which is based on separation, is slowly being transformed by the higher frequencies of light. There is an invisible planetary membrane that creates a gradual and safe step-down of the incoming fifth dimensional light.

As the higher light penetrates and merges with Gaia’s etheric body, it slowly flows into and merges with third dimensional Earth. Much as a sunscreen protects your skin from getting a “sunburn” from the hot Sun, inter-dimensional membranes protect your planetary and human earth vessels from accepting more light than your consciousness can control.

Fortunately, invisible inter-dimensional membranes surround all of your body’s organs, muscles, vascular and nervous system, as well as your skin, which is the largest organ of your body.

To protect your entire earth vessel, there is an inner, invisible membrane around your spinal column to send a message to your brain if you are too vigorous with your transmutations into Lightbody and are in danger of harming the delicate synchronicity of all the portions of your third dimensional form.

When this synchronicity within your third dimensional earth vessel is disturbed, certain areas of your physical body can become “out of sync” with the rest of your bodily systems.

Also, the components of your body that cannot “keep up” with the accelerated spin of the nucleus of the other cells in your body will fall out of connection with your innate healing systems. Then these parts of your third dimensional body can become damaged or diseased.

Your body is comprised of uncountable first dimensional cells that serve much a mortar serves to bond each brick together to create a house. As the fifth dimensional light comes into your aura, it will first seek out any components of your thoughts, emotions, and physical body that are able to sustain that higher frequency of light.

The inter-dimensional membranes, which are only activated by the infusion of this higher light into your form, capture this higher frequency of light. Then, just as your digested food goes to areas of your body that are ready to receive it, the fifth dimensional light will be directed to the areas of your body that YOU have prepared for this frequency of light.

There are many “lost ones,” which is the term that we use for what you call the Illuminati, who are unable to accept any of the higher light, as that resonance would act like hot sun on dry grass. When we ask you to send Unconditional Love and Violet fire to these lost ones, it is so that you can assist them to accept the Higher Light.

Once anyone accepts this fifth dimensional and beyond light into their third dimensional body, that higher frequency of light moves into the base of the spine to activate the mission of the force of the Kundalini to begin its slow, or fast, transmutation of inner darkness into higher light.

Those who have “done their homework” and have prepared for their acceptance of the fifth dimension light will be able to incorporate these higher frequencies of light into their physical earth vessel.

These awakened ones, and especially those who have already designed a life in which they live in “service to others,” have already changed their diets, meditate on a regular basis to align ALL the cells of their body with their ever-expanding higher states of consciousness, and are receiving and documenting their many inter-dimensional conversations.

Meanwhile, Gaia, as well as all the planets in Her entire Solar System and Galaxy are allowing each of their planetary, solar and/or galactic membranes to slowly step-down the fifth dimensional frequencies of light into all third-dimensional, physical realities.

Because all these “membranes” are multidimensional, the fifth dimensional light is easily captured by the outer portions of the membrane to be stored in the fourth dimensional sub-membranes until the collective of the third dimensional person, planet, solar system, and galaxy has aligned their highest resonant frequency with their lowest resonate frequency.

In this manner, each octave of every celestial body, person, place, situation or seemingly thing, will serve as a “stair” on a virtual stairway or bridge across which the higher light can flow into the lower frequencies of each person, place, reality or thing.

Light is that which “turns ON” the neural synapses that allow the first spark of life to expand into its own genetic destiny. We Archangels, as well as all the other Angels, are pleased to have the wondrous duty of breathing Unconditional Love into each of these new creations.

It is the Unconditional Love that allows the life force of the ONE to enter into the Heart, or core, of each person, place, situation, or thing. We ask that you, our higher dimensional beings wearing an earth vessel, vow to distribute this incoming fifth dimensional light throughout every aspect of ever-expanding form and reality.

Please remember that Unconditional Love can over-ride any dissonant third or fourth neural patterns and return them to their higher dimensional expression. We speak of neural patterns as that is the component of any physical being, planet, solar system, and/or galaxy.

We remind you that all planets, solar systems and galaxies are alive and are as aware, in fact they are much more aware, than humanity. Because Earth humans are such a young species compared to planets and other celestial beings, they have not yet remembered the “spark of the ONE” that was awakened by their birth.

We are sorry to say that far too many humans lose all connections with that spark shortly after birth, during childhood and/or during the challenges of early adulthood. It is for this reason that the Golden Ones have decided to reveal themselves to the consciousness of those who can expand their perceptual field to encompass the Threshold between third/fourth dimensional Earth and the newly awakening fifth dimensional Earth.

Humanity was meant to be the most evolved beings on the Earth during this time of planetary transmutation. However, due to the constant bombardment of darkness from the laggards who could not ascend with their own planet, as well as the negative extra-terrestrials who invaded Earth long ago, Gaia is having a difficult “rebirth” into the next octave of Her reality.

It is for this reason that so many higher dimensional beings have volunteered for the difficult assignment of sending their higher dimensional energy field into a third dimensional earth vessel. In fact, we, the Archangels, Elohim and Ascended Masters, have been directly assisting Gaia’s planetary being.

Fortunately, just as many of the laggards have taken human forms, many higher dimensional beings have also taken a human form. Furthermore, any human who can expand their consciousness into the frequency of the fifth dimension can directly merge with their Higher SELF to perceive their changing reality from the vantage point of their higher dimensional home world or star ship.

As more and more of those wearing an earth vessel merge with their higher expressions of Ascended Master, Elohim and Archangel, the resonance of Gaia’s energy field can easily expand into the resonance of the fifth dimension.

It is for this reason that we invite all of our volunteers who took an earth vessel within this NOW to remember their Ray of Service, which will guide them to remember their higher expressions of Ascended Master, Elohim, and Archangel.
(Please see: HERE)

Yes, you ALL have a primary Ray of Service on which you have specialized so that you can best prepare for the process of assisting Gaia to transmute into Her fifth dimensional expression. You see, our beloved ones wearing an earth vessel, you volunteered to assist with planetary ascension when you first entered your earth vessel. Once you took your incarnation on Gaia, you moved into different timelines and locations during your myriad incarnations.

We call you NOW to remember your true Multidimensional SELF, as well as the many incarnations in which you served on Gaia’s Earth in preparation for Her planetary re-birth into Her fifth dimensional, planetary expression.

Within the HERE and NOW of the fifth dimension, you are merging with your Multidimensional SELF to fulfill your pledge to assist with the ascension of planet Earth.

I, Zadkiel, vow to assist you during your process of personal and planetary transmutation.
Posted by Suzanne Lie at 7:56 PM