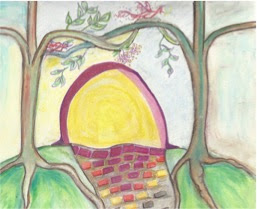 The Arcturians - through Sue Lie

Dear Readers,
There are so many wonderful points made by the Arcturians that I wanted to share some of them. Also, then you will better understand the Arcturian message in the next AALS, Advanced Arcturian Lecture Series, which will be offered in August.)

The illusion of perceiving yourselves as “ONLY third dimensional beings” is leaving the consciousness of more and more people. That illusion arose from the fear that maybe you “weren’t good enough” to be that higher version of your SELF.

Also, many of you have been connecting with your higher expressions of SELF. This connection is often either through your dream state, your meditations, your acts of creativity, and/or your higher expression of SELF who is saying to you “We are YOU! YOU are US! WE are ONE! We share your Earth vessel with you.

When we commune with you, we send our higher dimensional essence into your physical body to gain your physical attention. As we send our essence into your body, you begin to feel a sensation. At first you don’t know what that sensation is, except that it seems to occur when you feel deeply aligned with your own higher dimensional expressions of SELF.

Then, gradually, you begin to realize that when you remember to go down, down, down, through your body, and into Gaia’s core, you share your personal energy with Gaia’s planetary energy, and intermingle your personal energy with Gaia’s planetary energy. This deep grounding allows your physical body to embrace, and resonate to, a higher frequency of resonance than your physical body could embrace before.

If you feel that you have taken in more light than you can “digest,” you can say, “Can we slow this process down a bit?” In other words, you chose to “put on the breaks.” You wouldn’t get in your car and drive it if the brakes didn’t work. In the same manner, you may need to activate your “braking mechanism” when you do not feel safe enough to expand into higher frequencies of light—YET!

As you, our Earth representatives, go through this process of determining how much of your fifth dimensional frequency of SELF you can integrate into your physical body and into your physical life, please call on us, your Galactic Family. You can also call the Pleiadians, as they will be the first to land and interact with humanity.

Of course, their landings have already begun. In fact, they are waiting for you to recognize them, right on that cusp of the fourth/fifth dimension. There are many more “sightings” now, but you may wonder how you could have a group of people and 3 people see the sightings perfectly while the other 20 don’t see it at all.

This difference is based on ones state of consciousness. When ones consciousness is calibrated to the frequency of our Ships, they can more easily perceive them. In fact, many of the Ships are maintaining a frequency of the fifth dimension, but they take quick excursions into the fourth to test the limits of how far they can go just before the forces of darkness perceive them.

We do NOT want the forces of darkness to perceive us because they will create fear on Earth. They will create some kind of false flag to create massive fear to lower humanities consciousness. You have seen that Earth has had quite a few of these false flags lately, based on bombings and major shootings.

These events were all directed by the forces of darkness to create fear to lower your consciousness. When you have a lower state of consciousness you’re “just a 3D human.”
In reality, your fifth dimensional self serves as a portal to all of your multidimensional expressions of SELF.

We, your Galactic Family, are protecting YOU. The forces of darkness could not harm any of us. But, in their attempt to harm us, they could harm you, or dear Gaia. Now, we ask you to feel your SELF as being fully protected, connect through your crown chakra with this higher light of who YOU are.

As you feel that higher light, allow it to come into the crown and your pineal gland. Then project that light onto the inner vision of your mind-screen on the inside of your Third Eye. In this manner, you can more easily perceive us.

Because that 97% DNA, which is filled with light and functions via light, is awakening. Because that 97% DNA is light sensitive, but it has been asleep, turned off, to third and fourth dimensional light. On the other hand, this 97% DNA is highly activated by the higher frequencies of light that are entering your Solar System, as well as your planet, more and more.

Hence, that DNA, which is in your physical body, is connected to your “Multidimensional Mind,” which is within your aura. That DNA is also projecting your inner light into your aura. Then, that inner light of your aura returns back into your DNA. In fact there is a two-way.

We are now going to give you an “Arcturians’ Energetic Weather Report.” We begin by saying that the energetic weather is, “HOT!- hot and very humid. The reason that we say “very humid” is that your Earth vessel is largely made of water, as is your Earth.

Therefore, just as your planet is largely made of water, your body is very similar to the percentage of water on the planet. But what happens as you age, it’s much like clay. You don’t want clay to get too hard. So you wrap it in this filmy net and keep it all together in a big clay pot. Then, you put the clay in the pot with water and you put the lid on. That is EXACTLY the same for your brain.

Now, with this weather report of “hot and humid” what is occurring is that as this higher frequency of light is coming into your body, you will need to make sure that your brain is well taken care of. You will need to make sure that you eat right, take whatever supplements you need, that you don’t bake yourself in the sun too much, or let your head get too hot or too cold.

Think about your brain. Think about that fact that you are in the process of using components of your brain that have been latent for every incarnation that you have ever had!

However, this “lightning” is in your head. That’s what we mean when we say that the energetic weather report is “hot and humid.” You will want to drink LOTS of water, have LOTS of fluid because you are transmuting your little brains into your “multidimensional Minds!”

When you are sitting meditating, doing nothing, you are using components of your brain that you have likely never used before in your entire life. So, take your supplements, look at your diet, most of all listen to your body. What does your body want? There’s no right way or wrong way because everybody’s got a different body.

Hence everybody has to listen to their body and their body will say “This is what I want.” Some of these things might seem really silly - but if your body says do it - DO IT! In closing we wish to add that, “You will ascend in YOUR way that you choose.”

Some of you were in communication with this “unknown whatever that was” your whole life. Some of you maybe are just now beginning to have communication. And what we want to say to all of you is that YOU chose when that “light would go on” within your SELF. Each of you made that choice. YOU chose that because that is what best interfaced with the mission you chose before you took this incarnation.

There is no right way to awaken. There is no wrong way to awaken. There is YOUR way. And the biggest shift from the beginning of this era - the early 50’s on - is that back then you had to have somebody tell you. There was no way that you a human could ever get this information. You had to have a guru, go to a church, pray, and follow a human leader.

However, in just one generation you grew up from being a third dimensional human that could either be pushed down or blessed by some other beings to this NOW in which YOU are the creator of your reality!

You create your reality with every thought that you choose to hold in your mind and every action or inaction that you choose as a response or non-response. Also, as you are moving into this chaos, which will be escalating because chaos always precedes change, you are being called upon to be the calm, grounded, spiritually / higher dimensionally connected one.

By “one” we mean however YOU express your SELF. You could be the person that quietly walks through an unhappy crowd and sends invisible love and light calming the crowd, and no one ever knows you were ever there or ever did it. That would be a wonderful contribution.

If you are one that will become famous and write books and have your own television show and make movies - Great! That’s what you chose. There is no right or wrong way! That is one of the blessings of this era.

In one generation, you came from an era where right was right and wrong was wrong and there was nothing in between, and advanced all the way to the era that YOU are the creator of your reality.

Also, if you think that that is a lot of change in one generation, within the incoming generation it will move towards-or even return to:

BEING ONE IN THE HERE OF THE NOW

Blessings. We are the Arcturians.