Do You See Us? A Novel by Pleiadians and Suzanne Lie ~ Chapter 1

This series begins on 5-19-16 at
http://suzanneliephd.blogspot.com/2016/05/the-landings-arcturians-through-suzanne.html 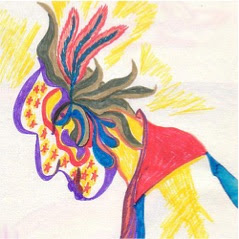 Do You See Us?

I woke up this morning with a sentence in my ear, “Do you see us?” The message seemed so loud and clear that I instantly sat up and began to look around the room. Seeing nothing, I laid back down. As I was closing my eyes, I heard again, “Do you see us?”

With a new determination, as this question was clearly not a part of a dream, I got out of bed and started inspecting the room for the “us” that I was supposed to see. But, once again, I saw nothing. Finally, I decided that whether or not I had been dreaming, or was, half asleep, I needed a drink of water.

As I started to walk through my bedroom door towards the kitchen, I suddenly “felt” something. To my surprise, it felt like love, in fact it felt like a kind of unconditional love that is very rare in daily life.

This was not the kind of human love that many people want, but are actually afraid of. This love did not bring up any issues of “Am I good enough?” This love was free of any concept of "good enough,” and felt totally unconditional.

After spending so many incarnations in the third dimension, and remembering many of them, I was very familiar with the concept of “good enough,” as I seldom believed that I was good enough. In fact, I spent many of these lives trying to be “good enough,” “better than,” and/or both.

Just as I was having these thoughts, I heard, “The many lives in which you have volunteered to take an earth vessel in different timelines, as well as the many versions of reality that you have experienced on Earth, are beginning to blur into one reality of “life on third-dimensional Earth.”

“In the lives in which you have somehow captured memories from you past, parallel and/or simultaneous lives, you began to realize that there was much more than just “life on the third dimensional Earth.” Then, because you remembered that fact, you began to unite the life that you were currently living with your many other incarnations on third/fourth dimensional Earth.

“That merging of your past, present, and even future timelines of incarnations, allowed you to remember, and hopefully ground, your fifth dimensional experiences of SELF into your third/fourth dimensional reality.

“Many of you have even expanded your consciousness into the consciousness of your fifth-dimensional Light-body realities. In other words, you, as well as many others, have taken an “octave jump” in realities! By ‘octave jump,’ we mean that you are beginning to consciously perceive the threshold to the fifth dimension.

“It is within the NOW of that perception that you can meet and/or merge with your own fifth dimensional Lightbody SELF. Within that NOW of conscious connection with your own Multidimensional Self, you will begin to flow back into the energy field of the ONE.

“As you receive the full spectrum of the many frequencies of reality that flow through the portal of your physical self, the inner portal of light of your Kundalini begins, and/or accelerates, the process of resetting your physical and astral earth vessel, back into its innate form and operating system of the fifth dimension and beyond.”

“Wait a minute, wait a minute,” I cry up into the ceiling. “I still cannot see you. Sorry, I am only feeling like a third dimensional person right now. Therefore, I would feel much better talking to someone that I could see. Besides, I am still not sure if I am awake or asleep.”

“We will be happy to send you a holographic projection of our selves. But you must understand that for us to physically visit your physical reality, would be much like you visiting the bottom of the ocean.”

“Can you remember that?” they asked me.

Somewhere along their rather long introduction, I had decided that I was not crazy or even dreaming. However, I could not yet remember the person that they said that I was.

“Excuse us for interrupting your thoughts,” they said.

I say “they,” as I had also realized that there were several ‘beings’ all talking to me as ONE.

“Yes we are several speaking as ONE. We would like you to go to your bathroom mirror and look deeply into your eyes. We will wait here for you.”

I walked into my bathroom thinking that I had to be dreaming when I suddenly remembered that I often did that very thing when I was a young boy.

“Yes, that is why we asked you to look into your own eyes.”

Trying to ignore them, like I have obviously been doing, well since I grew up, I turned on the light in the bathroom and looked into the mirror. Much to my surprise, I remembered the face that I always saw in the mirror as a child.

“NO,” I heard them say, “You are seeing the version of your SELF that you are right NOW.”

Trying not to wonder how often they followed me into the bathroom, I walked back to my former location in the doorway of my bedroom, and said, “OK, I believe you. Actually, I remember you. Are you the same ones that I talked to as a kid?”

“Yes, and we wish to remind you that you are also here with us here in this frequency of reality. You could accept that fact as a child, but this fact is more difficult to accept as an adult.”

I had to really think about that statement. I remembered my childhood beliefs, but decades of adulthood in a difficult world had hardened my heart and erased most of my imagination. Could I get that innocence heart and active imagination back?

“Yes,” they answered before I even finished my thought.

“OK,” I whispered under my breath, “I think I am ready to really listen to you. Hey, can I get you a beer or something?” I asked trying to make this situation seem normal. To my surprise, I actually heard them, or I guess felt them, smiling.

“Yes, you were always one who could make everyone relax, communicate and feel at ease. That is why you were chosen for this away mission,” my invisible friends responded to my thoughts.

“OH, that me is so VERY far away now,” I said, trying not to be sarcastic. However, just being in the midst of invisible beings that I was beginning to recognize, brought on a rush of memories, first of my childhood and then of before I entered this body.

“Wait a minute here!” I heard myself shouting. “It took me decades of feeling lonely, lost and different from everyone. And now you come along and take away the only lies that kept me sane. Do you have any idea of difficult and dangerous it is in the dimension?”

I knew that that I was yelling to avoid crying. I could feel a lifetime of loneliness, hard work, disappointment, and sorrow rushing from my deep unconscious where I had hidden it from my conscious mind.

I was just about ready to tell them to “get out of my house!” when I felt the feeling of unconditional love again. At first, my rage, and sorrow wanted to push away the feeling. After all, did they think that one nightly visit would change a lifetime of living in the density of this wounded planet?

“No,” they replied to my thoughts. “We did not think that. In fact, we are here now to give you the comfort and assistance that you so needed before. However, before now, the frequency rate of the planet was so low that if you could not expand your consciousness, which was impossible for you to do after a few tours in VietNam, we could not reach you.

“We tried during your sleep, as we did when you were a boy, but the nightmares that you had for so many years after the war made it impossible for us to reach you. Therefore, we had to wait until the frequency of Earth was a bit higher.

“We also had to wait until you found a way to heal your inner wounds and raise your consciousness. Now that the planet has a higher frequency, and you finally got enough help to ease some of your inner pain, you are finally able to at least hear us.

“Oh, I saw you until they gave us those drugs to make us better warriors,” I finally admitted to someone, “The drugs allowed me to unjustly kill innocent women and children, as well as my own inner child, but they tainted my soul and ruined my self esteem.”

I did not hear their response for what seemed like forever, but I did feel them sending me that unconditional love that filled me with the promise of change. However, promise had been my enemy, as it had never manifested in my miserable life.

“NO” I shouted. “How do I know that you won’t take away this hard shell that I built so that I could survive this hell-hole, and then just leave me like you did when I was a teen?”

They said nothing, knowing that I needed to vent, but they kept sending the unconditional love. I raged, I yelled, I threw things across the room. Then, finally, I collapsed onto the ground and passed out. When I awoke I found my self on the Starship.

“What now?” I asked, still bitter, but feeling much better.

I could see their outlines now and determined that there were two men and one women, and that all  three were Pleiadian. The woman offered me a drink of something that was gold and bubbly. Yes, I thought, knowing somehow that this drink would put me into a deep, healing, sleep.

I slugged down the drink, lay back, and waited for sleep. I knew that this would not be a sleep filled with the usual unrest at best, or nightmares at worst. This sleep would be one of peace and love.

How did they know that I needed a break from that dimension? And, didn’t they say something about the frequencies being too low down there? However, the drink was taking over, and I could feel myself falling into a deep sleep.

“Please don’t make me go back there?” I heard myself say as I drifted off.

My last thoughts were, “Finally, I am back again from a very long, and extremely painful, tour of duty on third-dimensional Earth.”