UPDATE!
Dear readers, the Arcturians have just shared a message with me (Wed., Aug., 19, 2015), and it follows:
"We need you NOW. What you have waited for is here NOW. We, your galactic and planetary family, ask you to REMEMBER who you truly are and open up the connection as you travel up to higher dimensions and down into the core of GAIA." ~ The Arcturians, August, 19, 2015 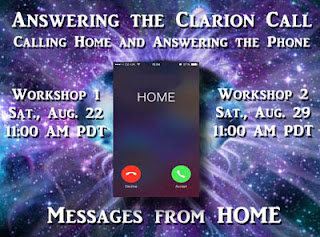 It's time to set your missions into motion and actively participate in planetary ascension. We begin our Answering the Clarion Call two-part webinar series this Saturday, August 22. See the full details regarding the hands-on workshops that will guide you through the process of accepting (receiving, channeling, interpreting) and utilizing (sharing with others) this important connection and information you receive from Home. The time for action is NOW!
~Sue 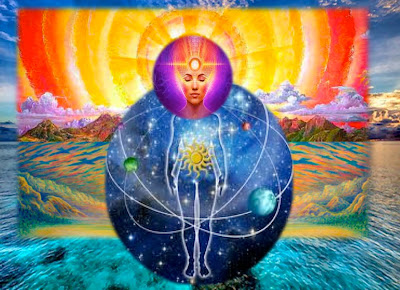 As we become increasingly fifth-dimensional, we will begin to have sensations of our Lightbody and of Light language.  These sensations often begin at the base of our spine or sometimes just behind our heart.  These sensations arise from the Kundalini energy, which is our personal, formless, inner-Lightbody.

Wisely enough, a lot of us who came down into our third dimensional vessel slightly remembered what it was like in our other third-dimensional incarnations.  So we were able to remember that when we came to Earth, we did not arrive via a ship or a boat or a spacecraft, but we came to Earth on our essence.

In other words, we allowed our essence to flow into a physical Earth vessel.  Simultaneously, we left a greater percentage of our life stream in our multidimensional bodies and on the higher dimensions. Hence, that higher component of our self can send down messages and communications to assist us as we move through our daily life in which we are wearing a 3D earth vessel.

We came into this third-dimensional vessel when a portal opened into our form.  Hence, we came in at birth, when there was a near death experience, a high fever, an accident, or an extreme illness.  All of these experiences allowed our third-dimensional Earth vessel to open up to higher frequencies of our self.

As we fully embrace our higher light, we can remember our purest essence, and we remember that separation is an illusion of the third-dimensional reality. We, our essence, remembers that it is the NOW of returning.

Whenever a reality is on the up-cycle into peak societies or a down-cycle out of peak societies, there is an opportunity for immense soul growth. Once we return to our fifth, sixth, seventh and higher dimension self, we forget about the time in between the up and the down because we are no longer resonating to the frequency that holds time.

Therefore we can remember the NOW in which a new society is booming simultaneously or with the Now in which a society is falling into its own decline. In this manner, we have an intimate experience of the cycle of birth and the cycle of death.

We took these Earth vessels because from the perspective of the higher self, we cannot understand an immensely polarized society.  Most of us come from Galactic societies in which there has been no conflict since the end of the great galactic war. Therefore, when we come down into a third-dimensional society, it is quite shocking to realize that there is so much conflict and fear without enough Love and Light to balance that darkness.

Most important they don’t see the sentience of their planet.  They know that they are a sentient being, but somehow they don’t realize that the huge globe that they are inhabiting is also sentient. Fortunately, that old illusion is ending as the higher Light is becoming stronger and stronger.

You also volunteered to keep your Portal opened.  Hence, your physical earth vessel is serving as an open Portal through which the fifth-dimensional energy can flow through you to be grounded in the core of Gaia. Being an opened portal is no easy task and we don’t expect that all of you will be able to give that service for all of your 3D “time.”

In fact when you are in time, it’s because your consciousness has dropped, and you are busily engaged in the experience of being a human.  Then when you have “time” to meditate you can go into the NOW of the ONE and open your Portal.

At that point you may experience intense emotions, illness or injury. What is actually occurring is that when that higher Light comes in, it loosens up any blockages that you have inside of your body that are limiting your ability to fully expand your consciousness into the fifth-dimension and beyond.

We, the Arcturians, will return with part 2 of this message.


Blessings to you all and stay tuned to your own “messages from home.” 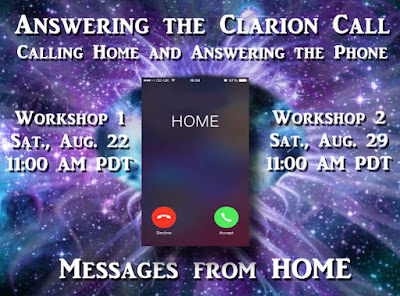 Calling Home and Answering the Phone

Join Dr. Suzanne Lie, Ph.D. and the Arcturians in the upcoming event,
Answering the Clarion Call: Calling Home and Answering the Phone,
which is a 2-session webinar series (1.5 hours each) featuring hands-on, experiential workshops where you will learn and adopt practical methods to connect to your higher guidance as you expand your consciousness to build a strong,
two-way system of communication with Home.
Some of the most common questions asked by awakening ones include,
“Who am I?”, “Where am I from?”, and “Why am I here?” The clarion call has been sent out to each of us, and it is time to build the connection to Home so we can receive clear answers to these questions. Once connected, your higher guidance will offer consistent support to enable you to become fully engaged in fulfilling your individual and collective missions.

Join us as we actively answer the clarion call in a personal and unified way!