Many Changes to be Made 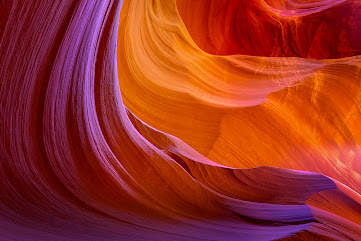 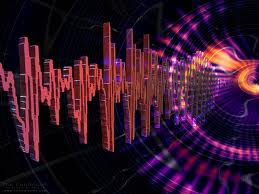 Many Changes to be Made!

There will be many changes to be made in our near, and continuing, future that we have been waiting for during many incarnations.

However, humanity was not yet ready to make those changes because the planet Earth was still strong enough to recover from the many manners of damage that humanity has done to dearest Gaia, Earth Mother!

How much longer will beloved Gaia be able to withstand that which the humans have continued to planetary body. Gaia, planet Earth is a living being, and all living beings have strong points and weak points.

Unfortunately, Gaia's weakest area is the areas in which the humans have taken over Gaia's huge, but greatly wounded, planetary body, as well as Gaia's planetary atmosphere and all her earth, air, fire and water.

Do humans still not consider that if they should have dominion over the Earth, Air, Fire, and Water when humans have not shown that they are able to be the Guardians for Gaia's beautiful planetary body.

Unfortunately, humans have not shown to be able to put Gaia, their planetary mother, ahead of the human's need for things, money, and over others.

How long will Gaia be able to be the Earth Mother that was even worshiped and cared for by the humans who where meant to be the most evolved beings on Gaia's planet.

In fact, it is all the elements (that which the humans take from Gaia) and the elementals, which are the unseen beings that care for this dear planet from deep within Gaia's body, as well as high above Gaia's body.

Yes, Gaia is a "body" that is an alive being with a deep core, such as humans have a deep core to their body, and an ability for Gaia to take care of her body, even from that which is deep within her planetary core.

Humans also have many of the components that are on Gaia's body. However, far too many humans have forgotten, or never even pondered that a planetary, multidimensional, being could be as alive as the third dimensional humans.

In fact, in some ways, the planet is much more aware and awake than many humans are. "How could that be?" we hear you ask. The answer to that question is that Gaia, also known as planet Earth, is an alive being.

No, the planet does not have arms and legs, such as humans do, but the planet has been a living, alive, being long before humans were living on Gaia's body.

Gaia, the planet Earth, serves humanity with all the earth, air, fire, water, skies, rain, sun, food, etc. Are the human great for all that their Planetary Mother, Gaia gives to the humans, as well as all the living beings on Her wonderful planet.

However, what are humans doing, sharing, loving and protecting on Gaia's Earth. In fact, there are many, many ways in which the humans greatly harm their planet and have no guilt or purpose to keep their Home Planet as healthy as possible!

Yes, there are MANY  ways in which humanity could assist Gaia, their planetary Mother, but there choose instead to make "money" for themselves so that they can have a "lot of stuff!"

And when the human are tired of their "stuff" what do they do? Far too often they leave this unwanted stuff around to mare Gaia's beautiful planet!!

And where does this "stuff" go?  It goes into the beautiful water ways what makes them much less beautiful, as well as harms all the wonderful beings who live in that water.

It is often said that humans are the most evolved species on Gaia's Earth. However, they are also the most damaging, uncaring for Gaia and all the beings that live on her!

How can the humans, who are meant to be the most evolved beings Gaia's planet, and also be the most DAMAGING beings on the planet?

If humans are evolved beings, then why can't they see the massive damage that the humans are doing to the planet?

Also, would they suddenly care if the damage was done to their own property, but they not even care if it is lovely Gaia's, Earth, Air, Fire, and Water, is damages by humanity?

It is true that humans can become very evolved and learn a lot about how to take care of their life. However, can they also be evolved enough to take  planetary home Gaia?

There are many changes to be made if we wish to keep our planetary home healthy and well cared for.

What are YOU doing for Gaia ?  If you wish to be a role model and share how you care for Gaia, you are welcome to share that information at the bottom of this Blog.

Or you can send your message to:

to get the audio from last week