Tuning IN to Mother Earth 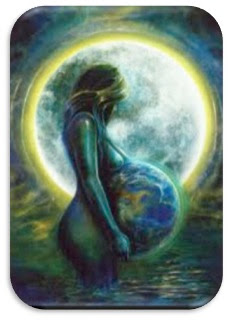 Tuning In to Mother Earth
Is OUR Duty and our Honor!
Tuning into Mother Earth, who is also known as "Lady Gaia," is something that we often forget to do. We take advantage of Her many gifts of the earth on which we build our homes and grow our food, but how often to we remember that Gaia is a "living being?"
We think of our human selves as living beings, but how often do we thinks of our Planet Gaia as a "Living Being?" Yes, Gaia does not speak with words, but she speaks with Her Weather, Her Sunlight, Her Sun and Her Moon.
How often do we, the humans, remember to treasure and be grateful to  Gaia as our Home World on which we rely on to provide us with the Earth on which we live, the Air that we breathe, and the Sun that keeps us warm, the Water that if needed to water our crops, keeps ourselves hydrated.
These "four elements of earth, air, fire, and water, are also that which allowed us to come from our place of origin to enjoy the beautiful planet known as Earth, or as Gaia.
When the beings of the higher dimensional realities that surround Gaia first came to "visit" the beautiful planet of Earth, they did not know-yet-how important Gaia would be to the evolution of this third dimensional planet.
At first, the Galactics did not know that Gaia could "turn on" the  higher frequencies of Her Planetary SELF, but as more and more Galactic beings began to visit the planet that would later be called "Earth," they discovered that this third planet form the Sun had a very special destiny.
For one thing, most Galactic beings who visited Gaia, became very entranced by Her loving and caring energy fields. Yes, many early inhabitants are still not aware of what a "jewel in space" that Gaia has become.
Therefore, more and more Galactic Beings chose to visit, and very often take up permanent habitation. At first, Gaia's body was considered a great treasure planet that had many gifts to share with her inhabitants.
The Galactics that first came to Gaia's Earth were very familiar with thinking of a planet as an alive being. Therefore, these Galactic Beings honored Gaia and treated Her with the same respect that they would treat their loved ones and their own planetary Home World.
At first, many of Galactics thought that they had decided to temporarily leave their Home Worlds to explore the newly discovered planet that they had named Earth, or Gaia. These Galactics journeyed to Earth to learn more about Her planetary Being.
Soon, more and more Galactic Starships began to land on Gaia's Earth. However, Earth was not there planet, so they did not feel a need to treat her with the same respect that they tried to treat their own planet.
Then, over eons of time, more and more Galactic came on their  Starships to explore the new planet, and many of them decided to stay on what was eventually call the planet "Earth."
At first, tuning into planet Earth was a means to honor the planet. But, unfortunately, over eons of "time" Galactics from more hostile and selfish worlds found their way to  Gaia's Earth and treated Her like a "big rock to land on"rather than a living Planetary Being who's inner core was filled with Love and Light.
At first, the more caring and loving Galactics came to Gaia and to worshiped her like she was their Mother, which indeed She was. The Soul of Gaia offered a wonderful Home World on which many Star Travelers could visit, and even find a new home.
We are aware that some of the early visitors to Gaia did not believe that the Planet Earth could have a Soul. In fact, many "modern"day  humans cannot imagine that a planet has a Soul!  Therefore, they do not think of Gaia as a living being, but as a "stopping place" where they could get what they wanted from Her Earthen body, the leave a mess and move on.
Of course, there were also loving and caring Galactics such as the Arcturians, the Pleiadians, the Venusians, and the brave warriors from Antarus who "walked softly on the newly discovered planet Earth for many cycles of Gaia's turning planet,
Gaia was happy then as she was loved, and even worshiped by the many the beings who lived on the surface of her planetary body, in Her wonderful water, and flew in Her bright blue skies.
But, then one day the "power over others" two legged humanoids came from an unknown places and decided that they would take what they wanted, no matter what the price was to dear Gaia's planetary body. Unfortunately, this cycle of taking FROM Gaia, rather than giving TO Gaia became more and more common. Fortunately, some Galactics honored Gaia and treated Her with love and caring.
However, on the other hand, there were "two legged ones" who did not care about Gaia's beloved planet. They had come to Gaia, not to love her beautiful planetary self. NO, they had come to take what they wanted, and leave behind that which was of no interest to them. We would love to have a happy ending for this story, but we do not.
Who are this "we" who wish to create a happy ending for this story? We, you Galactic Family, can see that there are more and more "third dimensional humans" who are awakening to their own "inner urge" to assist dear Gaia and to return Her Planetary Body to the pristine beauty that is Her innate glory.
But who will help dear Gaia in Her Hour of NEED?
Will YOU HELP HER?

FIND OUT HOW YOU CAN HELP GAIA

Please remember that the future of Gaia

is greatly dependent Her Human Inhabitants!