The Year of the "BIG SHIFT"

I AM NOT THE ASTROLOGER WHO GATHERED THIS INFORMATION

BUT IT HAS BEEN BUZZING AROUND THE INTERNET AND 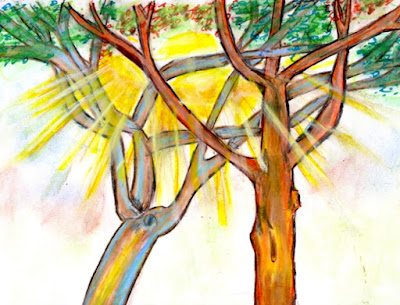 December is THE month when we have the much-awaited Jupiter-Saturn conjunction in Aquarius.

Years and even centuries from now, people will refer to 2020 as “the year of the big shift”.

I can’t stress enough how important this month is. Of course, the absolute star-event of the month is Jupiter conjunct Saturn at 0° Aquarius... however ANY of these following transits would have also made the headline for the transit of the year:

The 1st week of December is relatively calm and stable. Don’t get fooled, because the increases will slowly, and then rapidly increase.

It’s hard to predict what is going to happen when Jupiter and Saturn join forces because 0° of any sign can bring any kind of surprises.

There is one big shift we can be sure of though, and that is a move towards freedom and decentralization. If Capricorn is all about top-down government, predictable structure, and rules, Aquarius is all about people and communities.

If you remember one of my earlier newsletters, I was comparing Aquarius with a circle without the dot. With Aquarius, we are all in this together (inside the circle) YET there is no dot, or no leader to tell us exactly what to do.

All the controlled, centralized, top-down Capricorn structures will collapse, just like the Tower of Babel did when people wanted to be like God/the Source. What they didn’t know is that there is no true freedom inside the tower.

The controlling power has nothing to do with freedom - the more you seek to control, the more you lose your freedom. And Aquarius wants nothing but freedom.

There is a paradox about Aquarius. On one hand, Aquarius is the sign of friends, groups and communities. There’s no ego, and our actions are community-oriented. YET there is total autonomy inside this community. No one is telling anyone else what to do.

When we find true freedom (Aquarius) we automatically know how to self-govern ourselves in a way that doesn't go against other people’s rights.

There is no need to compete because together we can create something that is greater than the sum of the parts.

It is very likely that in the next 20 years a new source of energy will be invented, which will allow us to go off-grid (in the literal, but also spiritual sense). If in the Capricorn era, we got “plugged” to the system, in Aquarius we get unplugged from it.

There is so much to talk about, but let’s take a look at the most important aspects of the month:

On December 1st, 2020, Mercury enters Sagittarius and our thinking and communication become more truthful. We speak our minds without fear. When we are motivated by the truth, we become unstoppable.

On December 9th, 2020, Sun and the Lunar Nodes square Neptune. We are at crossroads with our destiny. Sagittarius is the sign of knowledge and truth.

Something very fundamental about ourselves, and about the world, will be revealed around this date. Our whole reality and worldview will get deconstructed.

Our old skins will be shed. But worry not, change is a necessary part of the process. One day you will look back and everything will make perfect sense.

December 14th, 2020 is one of the BIG astrological events of the year, and perhaps of the decade if we consider the astrological climate of the month. We have a New Moon and Total Solar Eclipse at 23° Sagittarius.

Mercury is also conjunct the eclipse. One piece of news/information will come out and will ‘seal the deal’. This is a South Node eclipse, so it will bring an outcome to existing, unfolding events.

Yet, this is a Solar Eclipse, so it will birth something new. Our actions have consequences and South Node eclipses always come with some sort of resolutions.

On December 15th, 2020 Venus enters Sagittarius. After some serious soul-digging and introspection in the sign of Scorpio, in Sagittarius Venus is now ready to reveal what she has discovered. Venus in Sagittarius is honest with her feelings and will only do what is morally right.

On the same day, Chiron, the Wounded Healer goes direct, receiving a loving trine from Venus. Now that the hard work has been done, we are ready for healing. The truth will not only set us free but will also bring us closure and healing.

On December 17th, Saturn enters Aquarius to stay here until March 7th, 2023. Saturn was briefly in Aquarius earlier this year, from March to June.

This is when the lockdown measures around the world started, which ‘forced’ us to find new ways to communicate to stay in touch. Many people and businesses have quickly moved online, and the rules of communication have been forever re-written.

Of course, Saturn in Aquarius can have a restrictive effect at first (Saturn is the planet of restrictions after all), however, since Aquarius is the sign of freedom, Saturn in Aquarius will give us the determination to break through existing structures to find new, more sustainable ways to live.

If we look back in time, every time we had Saturn in Aquarius we had important freedom and civil rights movements that forever changed the way our society operates.

On December 19th, 2020 we have another big astro milestone. Jupiter leaves Capricorn and enters Aquarius, to stay here until December 30th, 2021. Jupiter changes signs only once a year, and when it does, it’s quite an event.

Jupiter is the largest planet of our solar system and it sets the topics, trends, and focus of the year.

What is interesting is that exactly when Jupiter slips into Aquarius, Sun and Mercury conjunct at 28° Sagittarius, the degree of the Galactic Center.

Let’s not forget that Jupiter rules Sagittarius, and Jupiter is now in the 3rd sign from Sagittarius. We can expect some big news and revelations around this date. This news will pretty much set the tone for the whole year.

On December 20-21st, Sun and Mercury leave Sagittarius and enter Capricorn. This is when we will get the full understanding of what’s about to happen, and understand the implications (Capricorn) of the change. Jupiter and Saturn are literally seconds from becoming conjunct.

The BIG SHIFT. On December 21st, 2020 Jupiter is conjunct Saturn at 0° Aquarius. This is the beginning of a new era!

The Jupiter-Saturn conjunction ends the previous 200 year Earth cycle that brought us banknotes, capitalism, corporations, fossil fuels, and the industrial world. This solid and heavy energy will now be replaced by a lighter, non-material, connective energy of Air.

It is believed that the Jupiter-conjunction ALSO coincides with the official beginning of the Age of Aquarius. Elemental cycles last 200 years and the Astrological Ages (determined by the procession of the Equinoxes) lasts approximately 2000 years.

The Astrological Ages take longer to switch (we’ve been already feeling the energy of the Age of Aquarius), however, Jupiter conjunct Saturn at 0° Aquarius may well be ‘the final push’ - that moment when we officially say goodbye to the Age of Pisces and welcome the Age of Aquarius.

New groups, communities, connections, and alliances will form. These new networks will have one thing in common: they will be decentralized, self-regulated, and will allow for individual freedom of expression.

Remember: Aquarius is Prometheus, the Titan God that stole fire from the Gods and gave it to humans, liberating them from the controlling tyranny of the gods.

Of course, the fire is a metaphor for the fire of knowledge (Aquarius is an air sign, after all). True knowledge (not deceptive manipulation and the fake news we are served) will set us free.

Pluto in Capricorn is the government/the establishment, and Mars in Aries is the individual. The two entities will clash because they have a different agenda.

Since Jupiter and Saturn have just moved into Aquarius, Pluto is now alone reigning in Capricorn from his underworld shadows. He is still there, still strong, but alone. Things may not go as expected. Mars may win this time.

On December 30th, 2020 we have a Full Moon at 8° Cancer. At the same time, Venus is conjunct South Node and square Neptune.

Our ‘old’ values and understanding of life

will begin to collapse, as a new reality emerges.